Bricks is a free online collaborative design app that helps architects, artists, businesses to collaborate and share their creative projects. It provides the users a well organized interface with a good visual perspective.

This free online collaborative design app is named after its basic building blocks called ‘bricks’ which are defined as reusable basic picture elements of a project. So if your project was about the architecture of a house, bricks for this project can be images of stairs, main gate, kitchen, etc. You can use these bricks as inspiration in your other projects, so can the other users. This feature makes Bricks a hierarchy based and a well organized app. 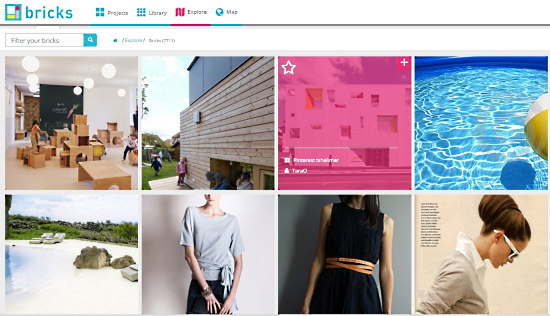 You can also share the ‘bricks’ on some social networking sites. Tags and filters can be added to make the bricks easily browsable by other users. If they like your work, they can ‘follow’ you and you can do the same if you like their work. You’ll be provided different tabs where you can view the work of other users, as well as explore the users and their work on the world map.

Bricks is free to use and you can add unlimited projects and bricks. The only limitation that may come is the paid private project feature where the visibility of your project will be private and you can invite people in your project.

So let’s take a better look at Bricks. You can also check out these free websites that provide you non attributed creative commons images.

How to Create a Project in Bricks 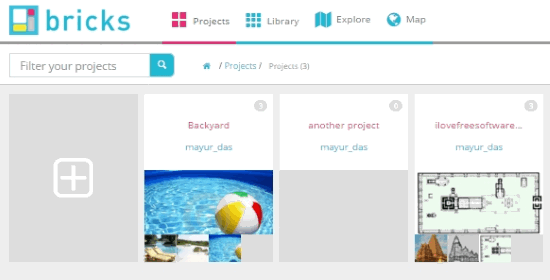 To create a project on Bricks, click on the Projects tab at the top. Click on the ‘plus’ box to create a new project. Next, enter the name and the description of the project and you’re done.

How to add Bricks to a Project and Organize them 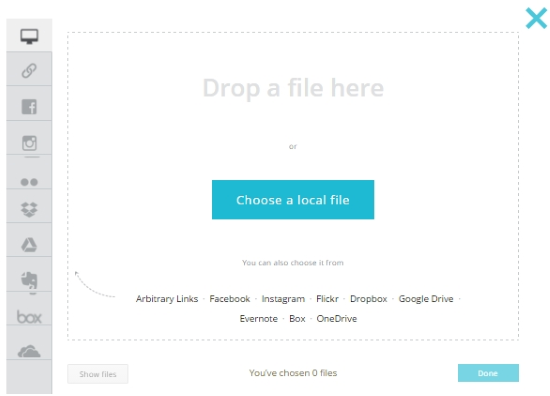 You can now add bricks on your project. The ‘plus’ sign on the bricks page is used to create a brick. When you click it, you will be prompted to add images from various sources including your computer. You can upload from facebook, Instagram, Flickr, Dropbox, Google Drive, etc. You can add more images to a brick by clicking a brick and selecting the attachment button the top left. You can access all your Bricks from the Library tab at the top, irrespective of the projects they are added to.

Now, you might experience a hiccup when you have a lot of bricks and they have to be organized well. Thanks to layers (just another name for folders), you can now organize them efficiently. So for a demo, I made a project about a house. I added the backyard as a brick where I further added furniture as a layer and grouped the bricks showing furniture in that layer.

To properly organize your bricks, first you’ll have to add a layer. Go to the Layer tab and you can add a layer just like you added a project and a brick. Go back to the Bricks tab and click on a brick. Here you can add a title to the brick and a description. To organize the brick in a layer, click on Move and select the layer you created earlier. You can also move the images by changing the brick to which the image is added from the Move option. 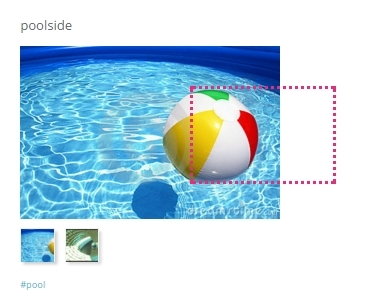 In addition to that, Bricks gives you the ability to tag a sub-brick within a brick. To do that, select an image in the brick to make it pop out. Click the ‘crop’ button on the top to crop out a separate brick from the current brick. The cropped out image will be available as a brick only within its parent brick.

Labeling a brick properly is really important because that will help other Bricks users browse your brick collection and take inspiration from them. Click on a brick to open its separate configuration window. For starters, you can tag the bricks in their description with hashtags. Automatic tags are generated so you can check out what other people have uploaded similar to the image that you have uploaded. 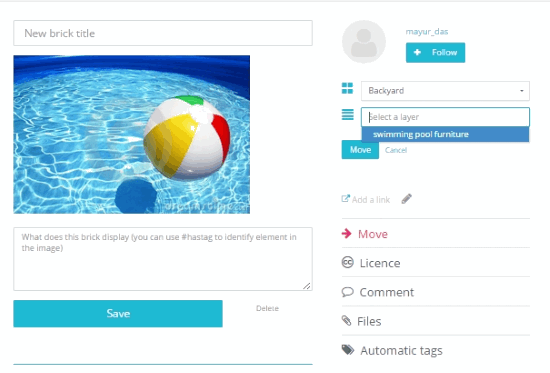 You can share your bricks as a creative commons licensed item by clicking the creative commons License icon on the right side. You’ll be prompted to select filters for the license to use it as non-commercial, attributed and non-derivative.

On this free online collaborative design app, bricks can also be shared on online services where you can promote them. These services are: Facebook, Pinterest, Linkedin and Twitter.

How to Collaborate with Someone on Bricks

Bricks does not provide a direct collaboration option for now. You can ‘Collaborate’ with a person by following them and downloading their work, which you can take as inspiration (after you notify them ofcourse).

On the Explore tab at the top, you can browse all the projects and bricks that Bricks users have uploaded recently. You can select a brick where you’ll find the option to follow the creator of that brick. In addition to that, you can view their Pinterest too. If you like a brick, you can leave a feedback for them in the comments or ask or collaboration in a creative venture. You can also sieve out the bricks with filters of creative commons, your favorites,  users that you follow and also the editor’s pick.

You can download a brick’s pictures by going to the brick pop up window and clicking on the image you want to download. The image will provide you the option to download on the top left. 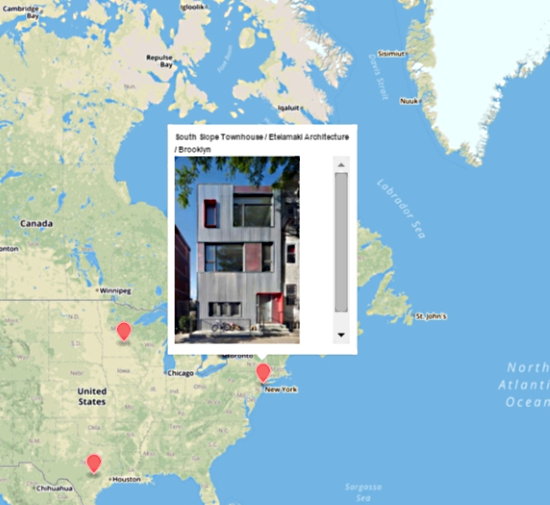 There is another awesome feature of Bricks. Bricks provides you a map where you can explore various creative feats around the world pinpointed on a map. Click on the Map tab at the top to access it. Click on a red waypoint to access that particular user’s creations and you’ll be directed to their projects page.

I used this free online collaborative design app and found it really good for organizing creative items in a hierarchy. Architects can use it to describe their designs more intricately. So if you’re an architect, you can make a house as a project and its rooms as bricks with furniture as sub-bricks. Pretty convenient, isn’t it?

Currently, I wouldn’t label this free online collaborative design app to a great extent. I could not see any options where I could add another user as a ‘friend’ or a ‘collaborator’. I also couldn’t directly share my bricks with other users. Since Bricks is still under development, these services will be surely provided in the future where multiple users can participate in a project.

I think Bricks acts as a better manageable alternative to similar but cluttered online services. I award Bricks with 4 stars.

Know a better alternative to Bricks? Leave it in the comments!