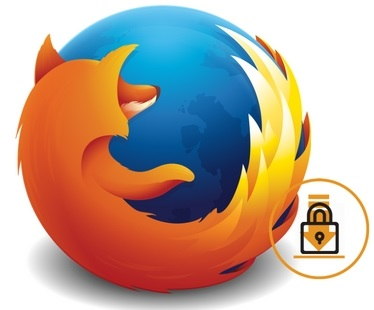 How to Stop Others from Downloading Files in Firefox:

As I mentioned, I will use Public Fox Firefox add-on to restrict downloading from other users. By using this free Firefox add-on, you can restrict downloads in Firefox. This free Firefox download blocker add-on will prevent other users from downloading files in Firefox by prompting them to enter a password to save the required file, as you can see in the screenshot below. 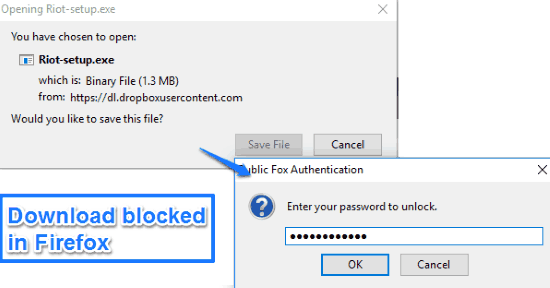 Let’s see the steps to stop others from downloading anything in Firefox:

Step 1: Download Public Fox from the link provided at the end of this tutorial. After it’s installed, all you have to do is set a password and specify file extensions to be blocked from downloading.

Step 2: To access its options, go to Firefox add-on manager tab and then click on the Options button, as you can see in the screenshot below.

Step 3: Now, from its Options, enable the very first option from the list i.e. “Lock Downloads”. After that, specify the file extensions that you want to block from getting downloaded by other users. You can specify the list as comma separated values like EXE, PDF, DOC, and so on, as you can see in the screenshot below. If you want to block all file extensions, then specify “*” in “File Extensions that you don’t want downloaded field”. 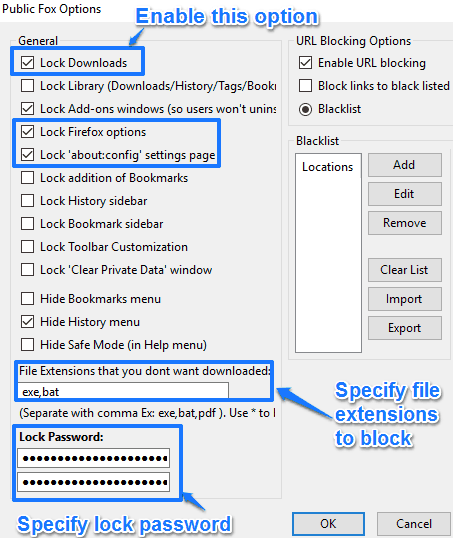 After you are done configuring Public Fox, click on the OK button to save your preferences. From now on, all other users will be restricted from downloading files in Firefox.

This tutorial explains how easy it is to block other users from downloading any file in your Firefox. The best part is that you can block specific file extensions that you want to block from downloading, or just block all the extensions. And the fact that this extension can password protect Add-Ons manager itself means that it will be very difficult by others to uninstall this extension.

So, if others downloading files in your Firefox browser is a real problem for you, this extension can be a good savior for you.