Twitter has introduced its own version of stories called Fleets. The feature is quite similar to Instagram-style stories where users can share a fleet that automatically disappears in after 24 hours. This feature was first announced back in March and being tested in Brazil initially. Now, the company officially rolled out fleets in India.

Fleets sit at the top of the feeds and it’s identical to stories on other platforms. Users can share a photo, small video, or text post as a fleet. Then the fleet stays for 24 hours on their profile and automatically vanishes after that. A fleet can only have one photo or short video with an option to add text on top. But there is no limitation on total fleets; users can share as many fleets as they like and can also take a fleet down before it disappears automatically. 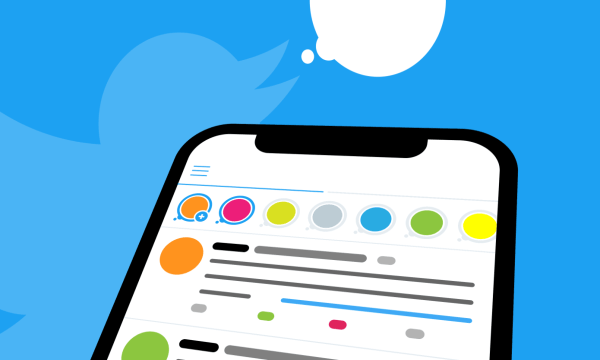 Twitter is still testing fleets that allow users to post ephemeral content on the platform. Currently, the fleets feature is available in India, Brazil, and Italy. Twitter users from these countries can use the feature today, it appears at the top of the feeds. Users from other countries won’t see the fleets in their feeds. 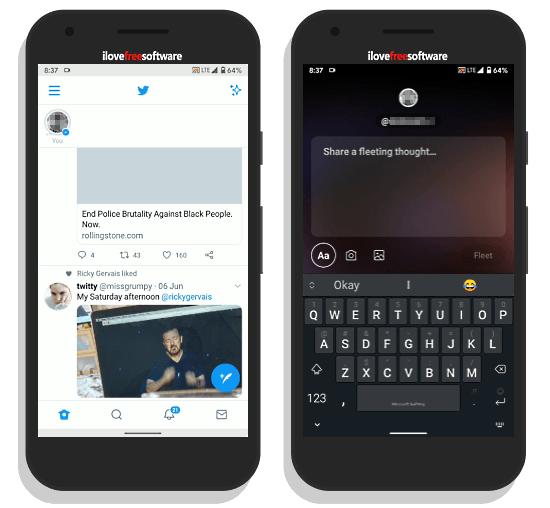 Posting a fleet is similar to posting a story on Instagram and WhatsApp. You get a fleet section in the app that starts with your profile picture. Tap on your profile picture to create a fleet. This card where you can write a fleet. A fleet shares the same character limit as a tweet i.e., 280 characters. Apart from text, you can also share a photo or short video stored on your device. It also has a camera option to capture and share a photo or video. In the case of media, you get an option to add text on top before posting. 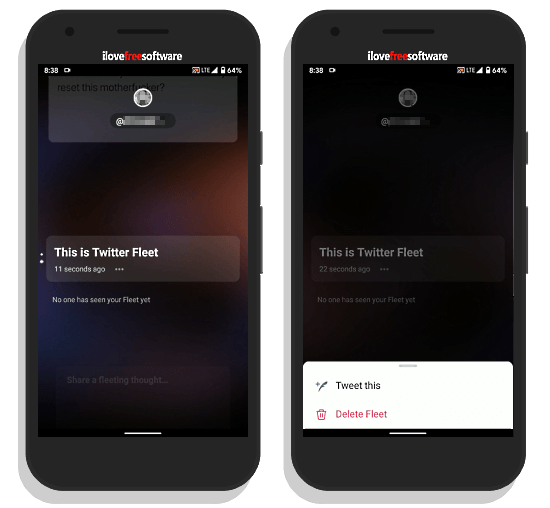 By default, the fleets disappear automatically after 24 hours of posting. But you can remove them before that if needed. Simply tap on your profile again to open your fleets. This opens a screen to create a new fleet. Scroll up that screen to access your old fleets. On a posted fleet, you get a 3-dot button that brings options to tweet or delete the fleet. With these options, you can either tweet the fleet to your profile to make it permanent or delete it to remove from your profile.

Unlike Facebook and other social media websites, Twitter is targeted as a platform to share news and updates from the beginning. Having disappearing posts on such a platform totally makes sense. Fleets allow users to share ephemeral content that has a short span and won’t be meaningful in the long run.