Even after making GitHub for teams free, there are still some features are in the paid plan. Advanced features like SAML and personalized support are still part of the paid plan. Also, the paid plan has been reduced from $9 to $4. But here, let’s just focus on the free part that most of the programmers and developers are going to enjoy. Last year they announced unlimited private repositories for free users and now this time the limit on the number of collaborators has been lifted. Not only that but you also get 2000 free minutes of GitHub Actions. 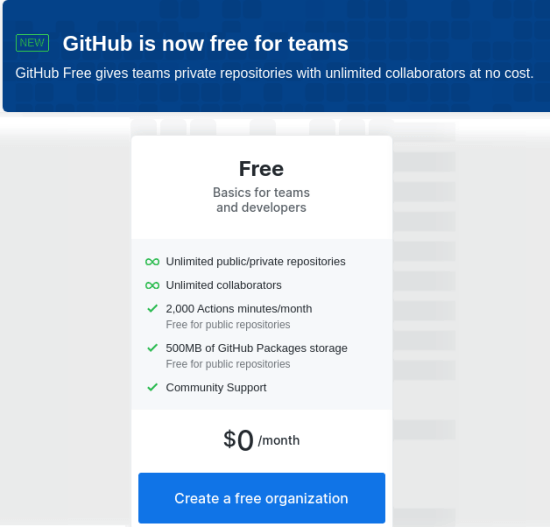 If you are already a GitHub user then there is no need to explain how to create repositories. You just create your organization from the main dashboard and then create repositories and make it private. From the repository settings, you can invite collaborators.

Previously, GitHub used to indicate that you have reached your maximum collaborators limit. But now, that note is ceased to exist. You can see the screenshot below to see this in action. Now, from the repositories settings, when you want to invite a collaborator, there it shows unlimited collaborators option. 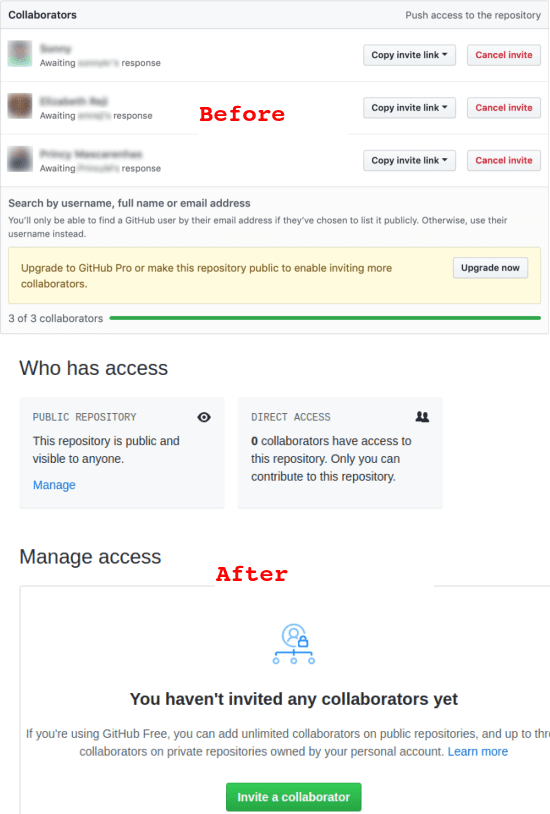 Now, if you previously had to give up on GitHub due to the limitations on the number of collaborators then you can now enjoy the teams feature as it was meant to be used. Just create as many private projects you want and then add any number of teammates or collaborators you want. Also, you can utilize free GitHub Actions minutes that you are getting.

I really appreciate this move by GitHub allowing any number of teams having their own private projects. There is going to be a tough competition among other Git services and let’s see how they respond to this move of GitHub’s. Even though there are many GitHub alternatives out there but if you want to create a team private project then I will recommend you to go with GitHub.