Caveman Adventure is a Windows 8 Caveman Game. In this adventurous game, you have to complete the various adventurous tasks given to you. You (as a caveman) have to run through the forest, thereby collecting apples, bananas, and meat that you find. In the end, you finally have to reach your cave. While running through the forest, you will find a number of dangers like prehistoric creatures, thorns, trenches, steeped platforms, and other dangers.

Caveman Adventure is freely available in the games category of the Windows store. 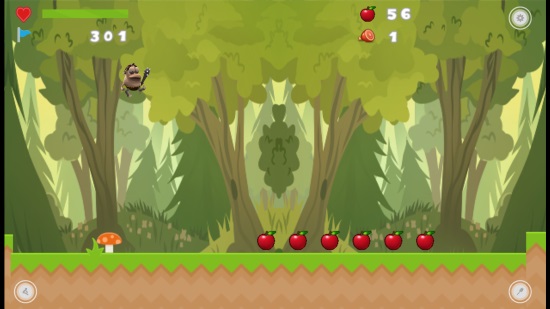 As you get to the main screen of the game, the option to start the game will be shown to you. 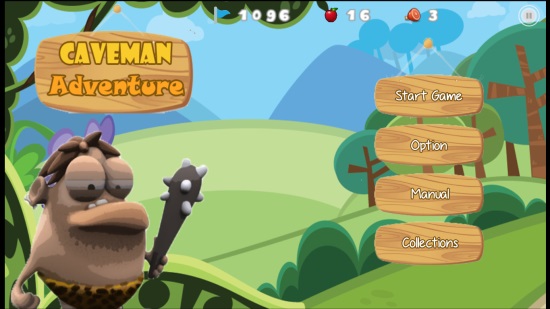 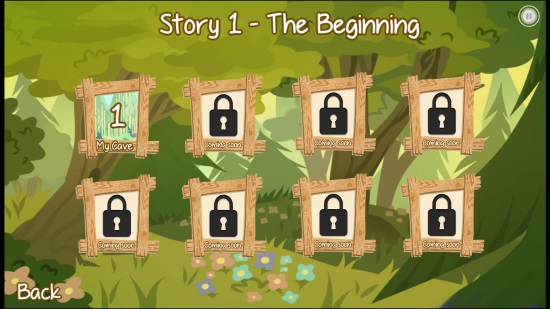 My cave is the first level that is available to you. As you get to the level, you would be first shown the quest that you would have to complete. In the first level, your quest is to find the cave of the caveman. The story of the caveman is: The caveman finds himself sleeping inside the forest. He is hungry, and has to get to his cave. On the way, there are a number of fruits like apples and bananas. Meat is also present on the way. You have to get maximum fruits and meat. One banana is equivalent to 10 apples, and 100 apples add up to become one meat. Sometimes, heat also appears, on hitting which you can get a life increase.

Also, do keep in mind that on the way a number of hindrances like walking and flying dinosaurs, thorns, trenches, and other things will appear. You have to avoid them, and if possible have to kill them. You can use the stone hammer that you have, to hit and kill them.

There are many ways by which your game will end. They are: 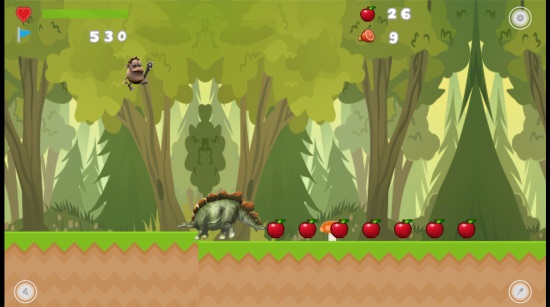 Caveman Adventure is a nice Windows 8 Caveman Game with a nice game play. You just have to collect the fruits and meat, and have to survive by avoiding the obstacles that come in the way. I am quite sure that you will definitely enjoy this game. The game will actually surprise you as I was not able to complete the entire game. Share your experience with us.