Tripetto is a free WordPress plugin to create interactive forms and surveys. It allows you to visually create embeddable forms right in WordPress and gives you shortcode to add those forms in your posts. It records responses of those forms and surveys on the dashboard and you can export them to CSV as well. The free version of the plugin is for personal use only so, if you have a personal blog for you then you can use that. The form builder of the tool is very nice and you can customize a lot of parameters such as background color, input type, and much more.

If you have used Typeform like services then just know that Tripetto works in similar manner. You just have to visually build form and publish that to a separate page or embed the form in one of the post that you publish. It creates a separate section in WordPress sidebar where you can see all the forms you have created so far. And for each form, you can see the recorded responses. Later you can either download responses in CSV or you can export them to Zapier but that is not included in the free plan. 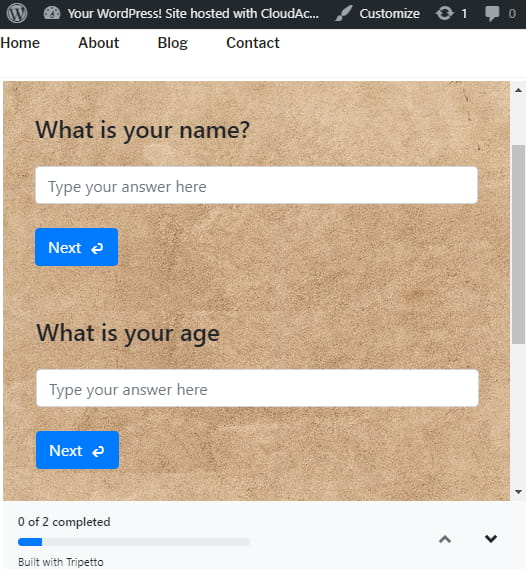 How to Create Interactive Forms and Surveys in WordPress?

Using Trippeto to create interactive forms is very simple. You can search it in plugin directory of WordPress and then install it. After activating this plugin, you will see its icon in the WordPress sidebar.

Now, you can start using this simple plugin to create your first form or survey. Just click on the “Create New Form” on the main interface and then it will take you to the main forms editor UI. You will see flow chart creator like interface where you have to design your form. 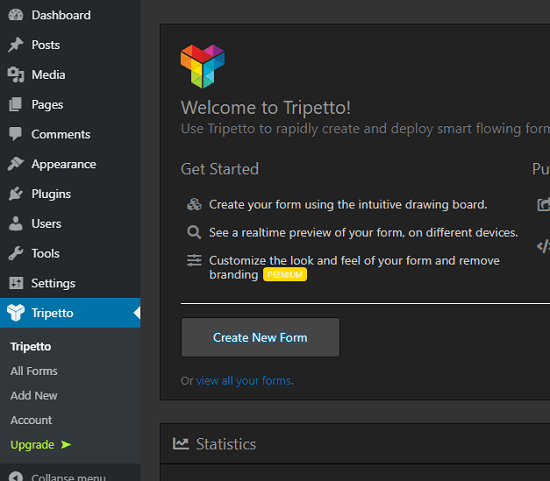 Now, just start creating the form blocks. You can add elements of the form here such as input boxes, text, and multiple text boxes. You give it a name and then add as many elements in the form you want. By default, the background is blank but you can change that. Also, it generates realtime preview of the form that you can see on the right side. 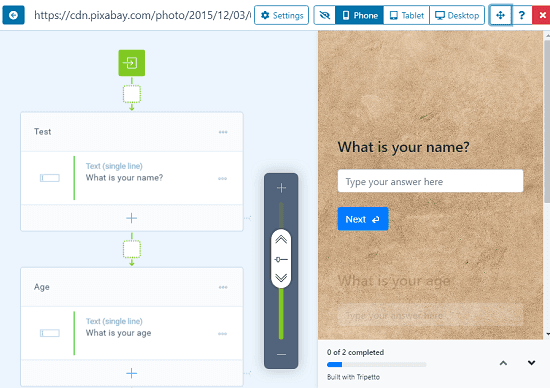 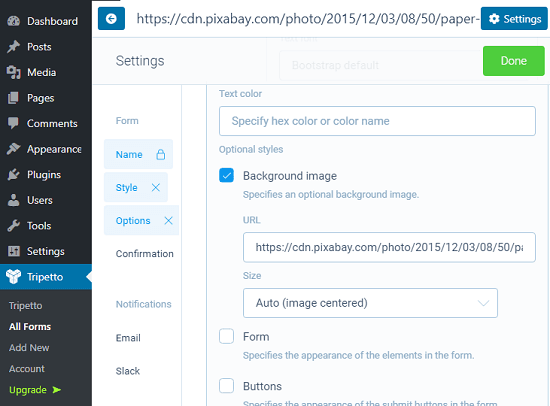 It saves your form automatically. And you just have to return the All Forms section and copy the shortcode that it generates for you. You can use the shortcode in the posts where you want the form. The final form will look like the one I have added in screenshot in the beginning. And all the responses can be in the “View Entries” option that appear next to each form you have created. And you can easily download the response data in CSV. 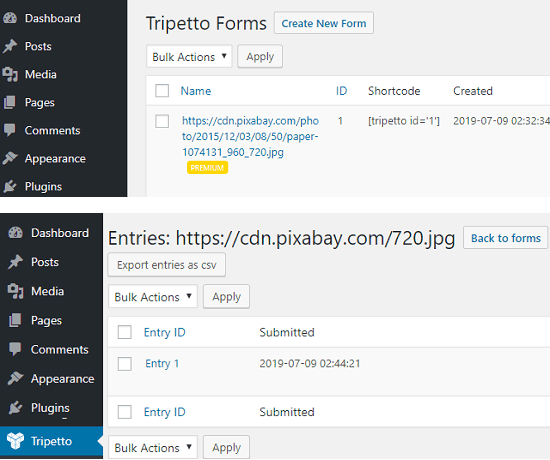 In this way, this interactive forms and survey creator plugin works in WordPress. You just install it, activate and then start building interactive surveys and forms to recover opinions, and answer some research question.

Although you can use some other forms builder for receiving responses but Tripetto here one of the best that you can use. Interactive forms can hold an end user than traditional forms which is why you will like this simple plugin. If you have a WordPress site then you can easily use this plugin to create whatever form or survey you want to build.