Power City is a Windows 10 logic puzzle game app where you have to play a electrical repairman and make sure that each house on the board has power. The main aim of the game is to be connected with power by rotating the lines that are given on the play board. The game has various difficulty levels and gives you lots of puzzles to play. So put your brain to work and lets start solving the puzzle.

The Windows 10 logic puzzle game app can be downloaded from the Windows 10 store or from the link at the end of this article. When you start this app you will come across an interface like the one shown in the screenshot below. 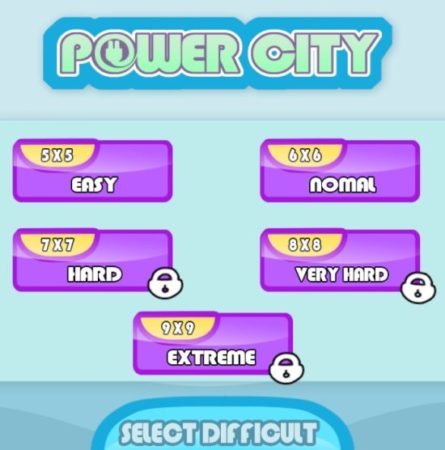 On the home page you are shown various difficulty levels of the puzzle like easy, normal, hard, very hard, and extreme. Start with the easy one to test out how well you are doing, then you can move on to the other difficulty levels. When you select the easy difficulty level it will list out all the puzzle games it contains, it can be seen in the screenshot below. 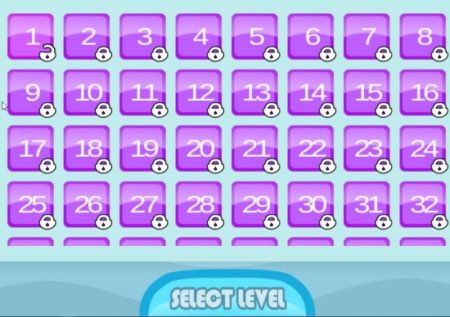 All the games apart from game one are locked. You can solve the first puzzle and make your way through other puzzles. When you click on puzzle game one the game play screen will come in front of you as shown in the screenshot below. 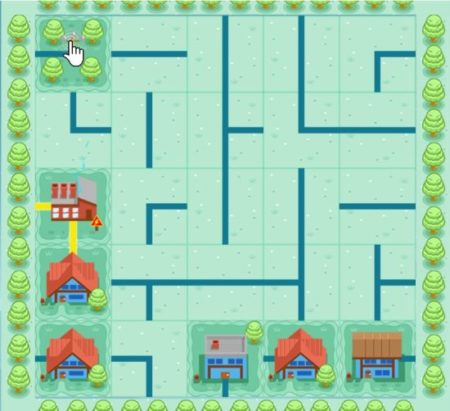 The game board has various houses, a power house and lots of connector lines. You have to connect the lines from the power house to individual houses so they can have electricity. You have to use all the lines and cover all the blocks as well to proceed to the next level. The connections which are made properly will light up the houses and the connected lines will also light up in yellow color. This can be seen in the screenshot below. 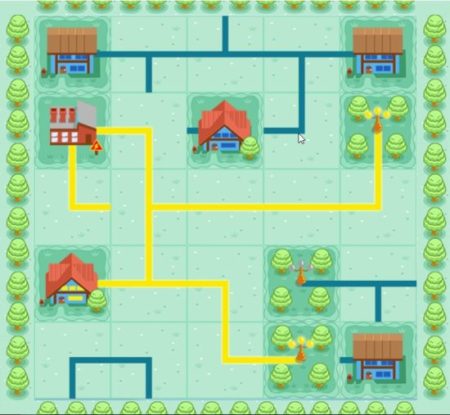 A level up screen will come up when you have connected all the lines with all the houses, like the one shown in the below screenshot.

You can move on to the next level from here or you can even replay this level. The 3 horizontal bar icon will take you to the main menu of the game app.

Power City is a fun game app for people of all age groups. The game is quite addictive too, once you start playing, you will just keep going on and on. Plus you can keep going on as there are lots of games to play. The graphics of the game are quite nice and you can move on to more difficult levels when you are done with the easy ones. Play a electrical repairman and provide power to all the houses.