Disney Emoji Blitz can be downloaded from the Windows 10 store or from the link given at the end of this article. When you start the app you get the first screen where you are asked to enter you age. After that you get a screen like the one shown in the screenshot below. 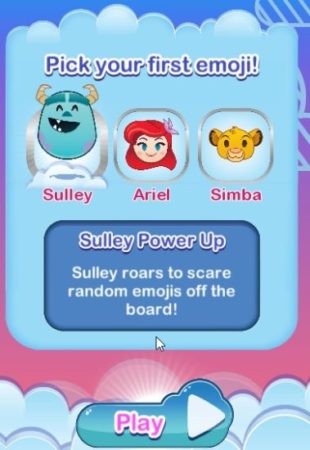 On this screen you have to pick a emoji out of the three given. All have different powers which you can use while playing the game. One you have selected the emoji click the play button to go to the next screen. 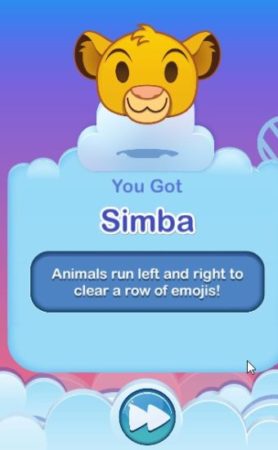 This screen just shows which emoji you have selected. Click the play button at the bottom to start the game. 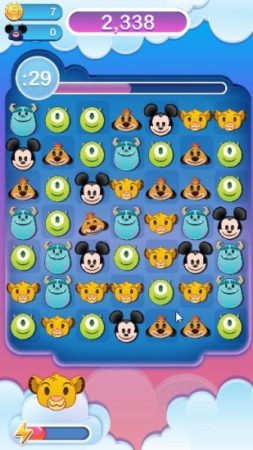 The game board is shown above where you have to match 3 or more same emojis to eliminate them from the board. You get a timer with each game and you have to match as many emoji as possible in that time. There is a progress bar at the bottom of the screen, when this progress bar is complete then you can use the power of that particular emoji.

When the timer runs out, a level complete screen comes in front of you. This can be seen in the screenshot below. 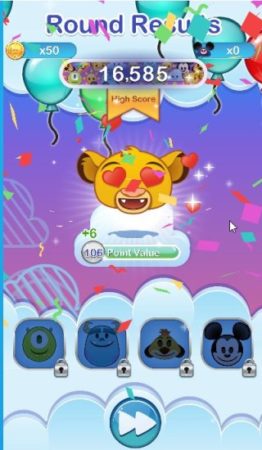 The play button will take you to the next game. You can unlock new emojis from the emoji shop with the coins you collect playing each level. Just go to the emoji shop and buy a box. After buying the box you can reveal which emoji it contains. 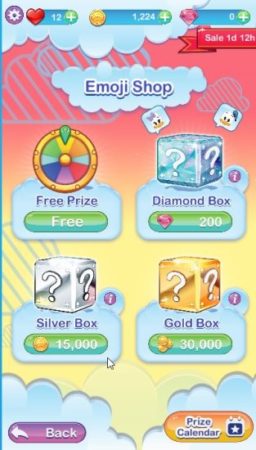 Prize calendar option on the bottom right corner will show you prize boxes for each day. Click the box for the current day to see what you have won. Each level also have missions for you to accomplish. You can see these missions on the game board as well. 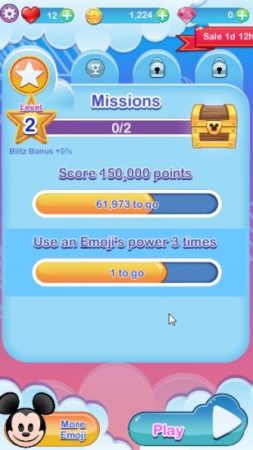 Disney Emoji Blitz is a nice matching game app with Disney characters in it. Each character has some sort of power and you can use these powers to score more points. You have to match 3 or more same emojis to wipe them off the board. But do keep in mind that there is a timer in each game. Match as many matches as possible before the timer runs out.