Sugar and cup is a free Windows 10 brain game app where you have to draw lines to direct the flow of sugar cubes in a cup. The game may sound easy but believe me when you get past the first few levels the difficulty of the game increases. You have to put your brain at work in figuring out a good way to draw lines which will help you fulfill the game target.

The Windows 10 brain game app can be downloaded from the Windows 10 store or from the link given at the end of this article. When you start the game you will come across a window like the one shown in the screenshot below. The game works well in full screen mode. 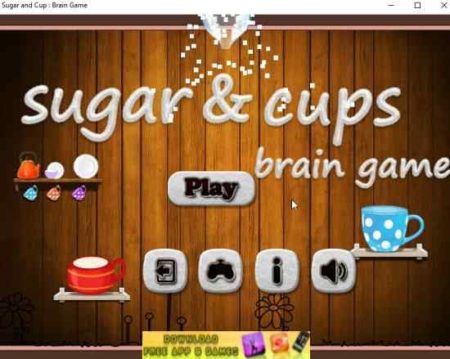 Press the play button to start the game. There are not much options apart from that. The play button will take you to the level selection screen, where you have to start with level one as all the others are locked and can only be opened upon successful completion of the previous levels. 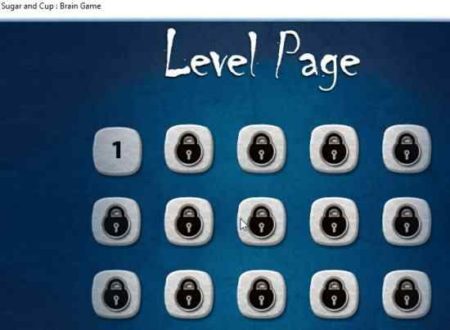 Level one game board is displayed in the screenshot below. As I mentioned the game should be played in full screen mode and not in snapped mode. 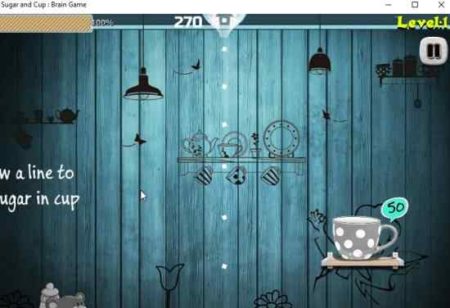 On the board you have to draw a line using your mouse, or finger to direct the falling sugar cubes in to the cup. You have limited number of cubes so you need to start drawing lines as soon as the game window opens. Each cup has a number written on it which means that many sugar cubes need to go in that cup. 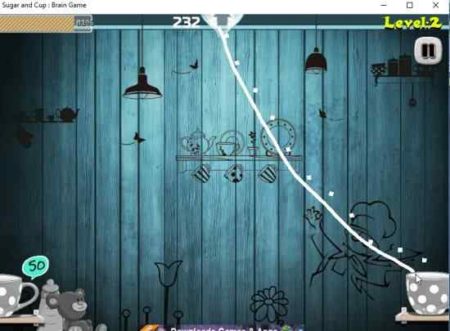 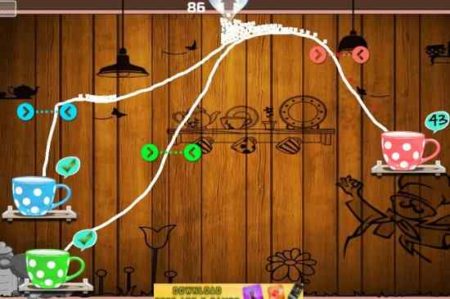 Sugar and cup is a real fun game app. After the initial few levels you do have to focus and put your brain to good use, as the number of cups in the game increases as well as you have to change color of the sugar cubes by making them pass through portals. The game becomes real challenging and more exciting. It would have been nice if there were some hints provided for the more difficult levels, because sometimes you can not find a way out of some levels.

Check out Sugar and cup for Windows 10 here.