GetNir is a free Nirsoft utility to read CSV, TSV data from output of command line tools. Here you can use this tool to catch the data from output of certain commands and read the data which can be in coma or tab delimited format. Basically, you use this tool as a filter in a certain command and get the work done. You can use it with other Nirsoft utilities and some other tools which usually output CSV data. There is a very simple syntax to use this tool and you will like it. You can even use it in some of your applications and do whatever you want.

If you often work with some command line tools then you know the fact that most of them generate output in CSV or TSV format. And with the simple command line tool I have mentioned here, you can grab that data and even filter is pretty easily by just piping that data through it. You only have to use it with the command and then get the result. It is simple as that. On the main Nirsoft blog, you can see its detailed usage examples and then use them in the command prompt. 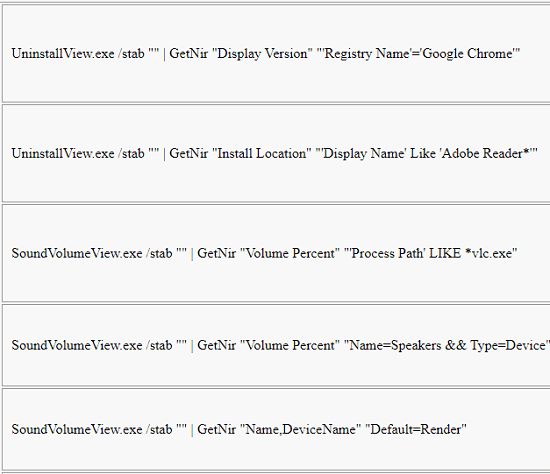 How to read CSV, TSV Data from Output of CLI Tools with Nirsoft’s GetNir?

The GetNir utility is a single EXE file that after downloading from here, you can paste in the system root folder(C:/Windows). After that, you will be able to access this tool universally from any location in Windows. Now, you need to use a tool that you often use which produces some delimited data in output. 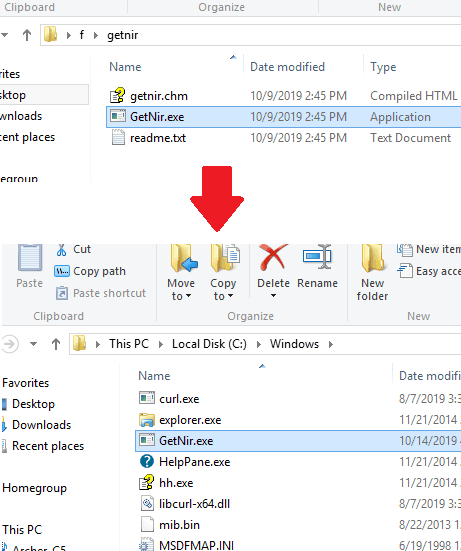 In my case, I will be using a popular Nirsoft’s utility called, UninstallView. This program lets you grab some really useful information about the installed applications on your PC. And you can use this from command line to get some specific details about any program. And here I will use it with GetNir to get the latest version of Google Chrome installed on my PC. To do that, I will run the following command in the terminal.

In the above screenshot, you can see the output that it produced in my case. I queried about the latest version of Chrome and it produced the correct result. You can use in it in this way and then simply do whatever you want. There are enough examples mentioned on the Nirsoft’s blog or on the tool’s page that you can go through once and then try using it with other tools.

If you often work with some command line tools which generally output the tab or comma delimited data then you can use GetNir tool to filter that. With this, you can pipe the output and extract the text that you want. This is a useful tool and you just need to practice it on a few tools and then you will face no problems in using it.