American Express Unstaged: Taylor Swift Experience is a free Taylor Swift iPad app to watch her new Blank Space video in 360°. The app is launched by world famous Pop singer Taylor Swift in collaboration with American Express. This app is first of its kind app from any music artist and gives a real and complete 360° experience.

The app lets you move around the rooms shot in the Blank Space video and you can explore each and every corner of the room. You can also follow Taylor Swift across the rooms as the video follows. You can even interact with different pictures and objects shot in the video. 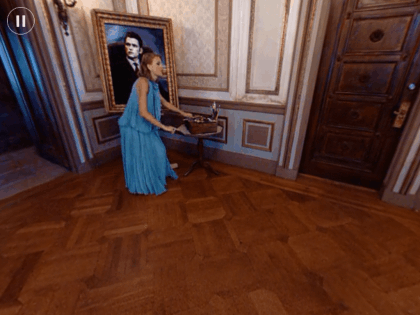 When you will launch the Taylor Swift iPad app, you will see the home screen of the app as shown in the screenshot below. The app has 7 options: Taylor Swift Experience, Watch the Music Video, Enter the Experience, Tour Details, Purchase the Album, Behind the Scenes Exclusives, and Discover More Unstaged Moments. 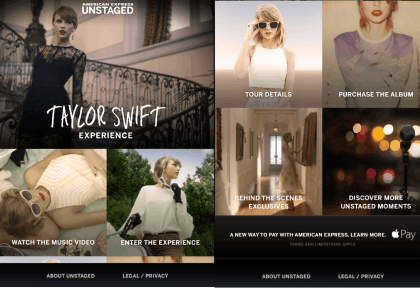 Among these, both Taylor Swift Experience and Enter the Experience option lets you experience the Taylor Swift Blank Space video in complete 360°. Tap on any of the two options to start the experience. The video starts normally, but it transforms to 360° view when the characters enter the house. 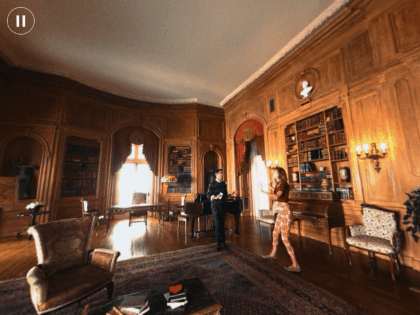 When video gets into 360° mode, then you can interact with the video by tapping on the screen, moving/tilting your iPad in any direction, and you can even move your fingers on the screen to explore each and every corner of the rooms shown in the video.

The app lets you move along with Taylor Swift and other characters as they go from one room to another. To go from room to another, you have to wait till the character goes that specific way and the door starts to glow. Once it starts glowing, tap on the door once and you will go to that room.

When you have entered the room then you can stay in that room and even go back to any of the previous rooms as many times as you want. You can also interact with different pictures and objects which are hidden. You have to find them out which makes using this app even more exciting.

You may also like: iPad Celebrity News App Snipp3t from Microsoft.

American Express Unstaged: Taylor Swift Experience is an awesome Taylor Swift app to watch her new single Blank Space video in 360°. The app works absolutely fine with no glitches or issue of any kind. You are guaranteed to get the complete 360° experience. So, no matter you are a Taylor Swift fan or not, its a must try app.