Here are some best free shapefile to KML converter software for Windows. In the following article, I have discussed some free tools that can easily convert a shapefile to KML file. These software can precisely extract the coordinates from the shapefile that you supply to them and will create a corresponding Google Earth compatible KML file. In between the process, you can opt for certain options and it will finally export a KML file to the destination you choose on your hard disk.

If you often work with various GPS or GIS files, then you will need to convert them to some other formats. Especially, when you want to convert a SHP file to KML, then there are very, limited software available to do that. But in this article I have added 3 free tools that you use. All of these will generate a working KML file that you can use in any software like GPX viewer software.

Free Shapefile to KML Converter for Windows to Convert SHP to KML:

QGIS stands for quantum GIS. And it a opensource and free GIS software available for various platforms including Windows. You can use QGIS software for numerous purposes and it can do almost any task that a premium GIS software can do. There are tons of features and tools available in this software to handle GPS data. And one of the features of  QGIS is that it can convert a SHP layer to Keyhole Markup Language file , KML. It lets you edit the coordinates and regions in a shape file and after that you can export it to KML. There are a few steps required to convert a SHP file to KML using QGIS.

Step 1: Open the QGIS software and then from the “Layers” menu create a vector layer. A window will open up asking you to specify various parameters. In the “Dataset” field, specify the location to the shapefile that you want to convert to KML. 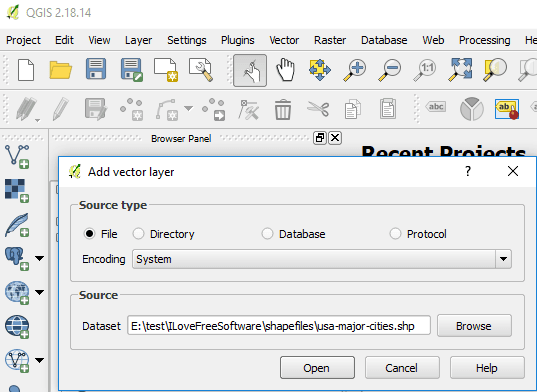 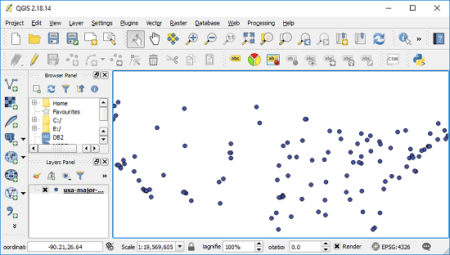 Step 3: Finally, again from the “Layers” menu, choose the “Save as” option and then specify the output format to “Keyhole Markup Language”. After that, specify the path where you like to save the final KML file and then hit the OK button. 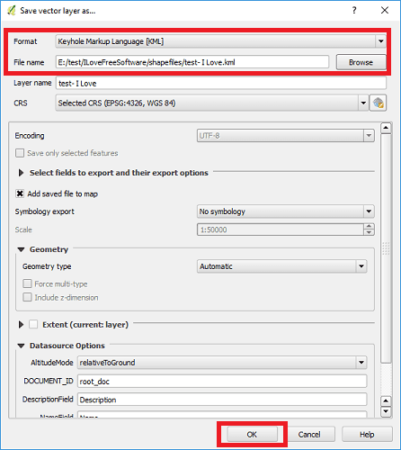 After following the above steps you will get the final KML file. And then you can open that in any KML viewer like ITN Converter. 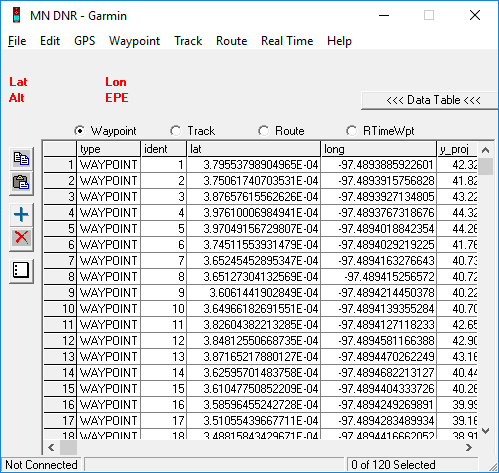 DNR Garmin is a free Shapefile to KML converter software for Windows. This is a simple tool to convert a shapefile to KML and it does that in just a few clicks. After importing a KML file, it will show you the GPS data like coordinates from the Shapefile and will show them to you in a tabular manner. It also allows you to edit shape file and data in it. You can edit the waypoints and other information easily. After making certain necessary changes in the shapefile, you can finally export it to any location that you like.

DNR Garmin is a very simple tool that you can use. Just after installation, open it and load the Shapefile in it that you want to convert. After that, you will list the coordinates from that. And you can edit them if you want. Just double-click on any grid and a box will open up where you can enter that desired data for specific parameters of the SHP file. After making changes, you can directly export the currently opened SHP file to KML file using the File > Save to > File… option. It will ask you a location where you like to save the output KML file. 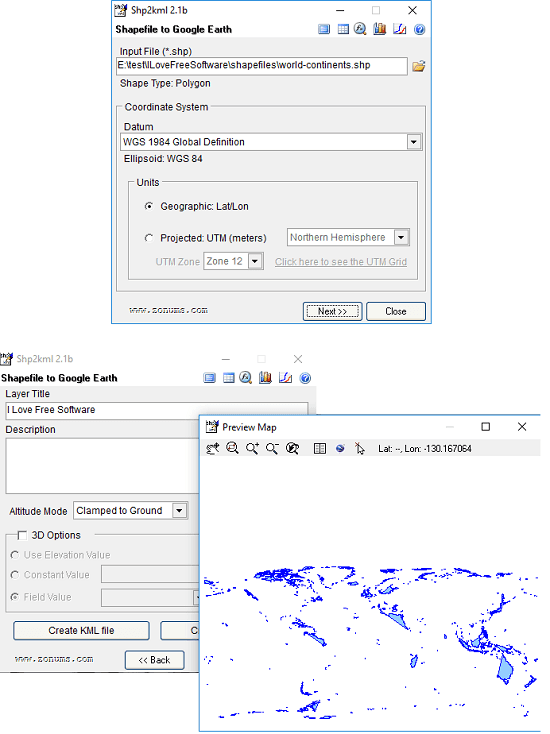 Shp2kml is another free SHP to KML converter software for Windows. This software can convert a SHP file to KML file and it allows you to opt for so many options that you can choose as output options for the final KML file. There is a map in the software on which it visualizes the SHP file that gives it as an input. It plots the coordinates on the map and you can analyze the geographical data from that. It also lets you the specify the units to plot the geographical data on the map. It can either use the latitude, longitude coordinates or it can use the UTM data to plot the coordinates. So, depending on your needs, you can go with either option.

Shp2kml comes as a portable software and you can directly open it after you have downloaded it. Next, from the main interface open the shapefile in it using the “Input File” field and then specify the units from the data visualization map. Next, it will plot the shapefile on the map you can see it in the screenshot above. Now, just proceed with the conversion process using the Next button and finally from the last window, you can export the opened SHP file to KML. After that successful conversion, you can do whatever you want.

These are the best tools to convert shapefile to KML in a few steps. All of these software will help you convert any SHP file to KML easily. The process is very simple with all of these software. So, whatever software you think is best, you can use that to convert your Shapefile. Personally, I think DNR Garmin is the best tool to quickly convert a SHP file to KML. And if you want to try a fully functional and heavy software to do the same, then you can go with QGIS.