This article lists 5 free criminal case games for Facebook which will let you play detective. If you enjoy games where you let your detective instincts come into play and investigate crime scenes, then these games will interest you a lot. These criminal case games are all about investigating crime scenes, collecting evidence, examining evidence, finding culprits, and making arrests. All the games are quite exciting with the hidden objects game in them. All the crime scenes have hidden objects contained in them, which you have to find using your detective mind and sharp detective eyes. The objects to be found will be listed either at the bottom of the game screen or top of the game screen. You will also get a hints option to help you out in case you are not being able to find a object.

These games are quite exciting and finding hidden objects in a messy crime scene is a challenge. Sometimes you just need to take help of the hints option. So let’s see these free criminal case games for Facebook below. 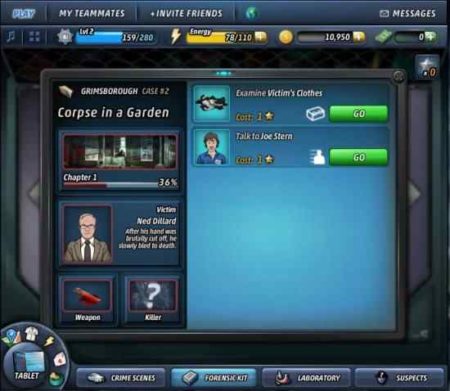 Criminal Case is a widely popular criminal case game for Facebook. In this app you are playing a detective who has to solve a murder mystery. The first murder investigation you start with will be guided to the end of the investigation. From the second investigation onwards you will be on your own. You have to investigate crime scenes, collect evidence, examine evidence, interrogate suspects, etc. Apart from this you have to play the find the hidden objects game as well to earn stars and experience points. You will come across conversations between characters from time to time to give you a insight into what’s happening or what you need to do next.

The tasks that need to be performed will be listed and you can start the task by clicking the green button in front of them. You do need a minimum number of stars for each task. So in case you do not have stars in your account, then you need to go back to the crime scenes and play the hidden object game to earn more stars. The background sound of the app is good and as far as graphics are concerned there is not any moving animation but the still graphics are also pretty good. 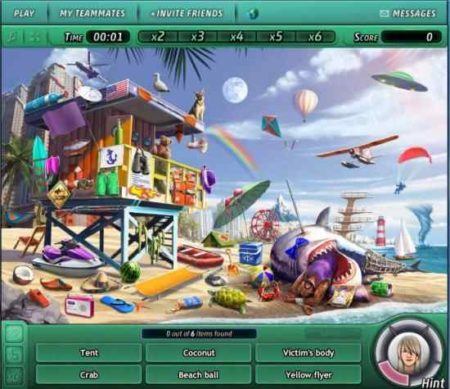 Criminal Case: Pacific Bay is a another version of the previous criminal case game for Facebook. In this game also, like the previous game you start with investigating a murder. You will have a guide through out this first investigation of yours after this you will be on your own from level two onwards. Go to the crime scene and investigate. Collect hidden objects from the crime scene, which are listed at the bottom of the game page. You will also get a hints tab on the bottom right corner of the screen. Use the hints when you are unable to find a object.

After collecting all the objects you have to examine the clues you found, autopsy the dead body and file the criminal profile. Then from the arrests that were made you have to judge who the killer is. Match the profile in your file to the people arrested and see which one is a exact match. That one person is your killer. After catching the killer move on to the next case. Before moving on you can also get a makeover for your avatar. The second level also starts with a dead body and you have to go there to investigate. 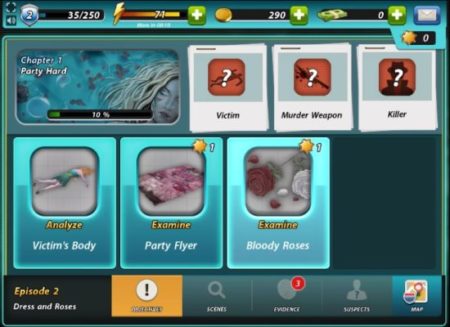 CSI: Hidden Files is a free criminal case game for Facebook. This game is based on the popular TV series with the same name CSI. The game starts with you getting into a murder investigation. You need to go to the crime scene and collect evidence from there along with the dead body. Send the body for autopsy and then collect the autopsy report. File the evidence and examine it. Make arrest based on the evidence and then match the killers profile to people arrested. Once you are sure who is the murderer, arrest them. 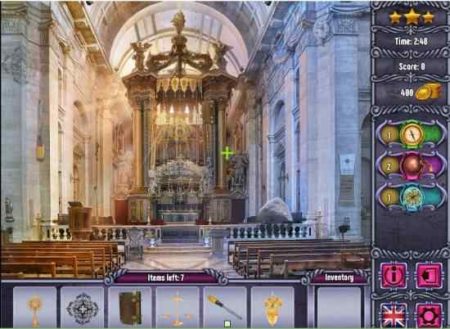 Criminal Talent is a another criminal case type game for Facebook. In this game you are not playing a detective in the police. But you are helping a movie director find his family. His family has been kidnapped and no one seems to be believing him. Now you have to help this director with your detective capabilities and help him find his family. The game has many levels, and at each level you are given a few object to find. These hidden objects are listed at the bottom of the page. Instead of just names, you will see images of the hidden objects. You also have the hints option to help you find the hidden objects.

Some of the objects are two step based. For example, you might find some apples in the first level. But the image shows a plate with apples in it. So what you have to do is collect the apples and place them on the plate in the scene. After which you can collect the item mentioned in the hidden objects list. The game is quite exciting to play and different from the other three games that we covered so far. 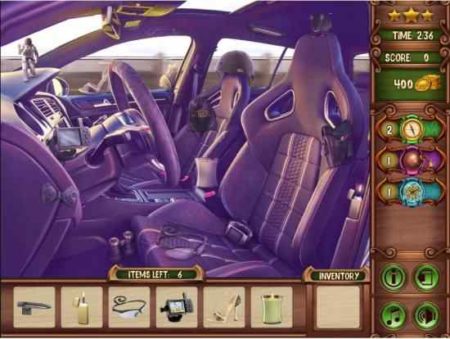 Criminal Tournament is a free criminal case game for Facebook which is pretty similar to the previous one we covered. In this game also there is a background story. There is professional golfer named Michael who is going to Sri Lanka to play a tournament. But the tournament is a trap, some criminals have kidnapped his family and are using his house as a base for their operations. Now its time for you to help Michael save his family and get this criminal gang arrested.

So you go with him from level to level helping him out by finding hidden objects. The hidden objects will be listed at the bottom of the game page in form of images. You have to find items from the scene and move on to the next scene. You get a hints option to help you out at times when you are stuck and can’t find a object. Sometimes you have to put items in inventory to combine two items and create a object listed in the hidden objects section.

These are the 5 free criminal case games for Facebook which you will enjoy thoroughly. Investigating a crime scene and letting your detective mind work is just so much fun. The game which I enjoyed playing the most is the first one in the list, Criminal Case. The game has nice background sound and is pretty exciting to play with so many levels. So try these games out and see which ones you like.