These tweaks I covered here are built right into the OS; you don’t have to install any apps for that. These tweaks involve changing the text and screen size and using accessibility service to make the text easily readable. So, let’s check out how to use these tweaks in details.

The first tweak is an inbuilt Accessibility feature that highlights the heading text to make it bold and more visible. The name of this feature is ‘High-contrast text‘ and it is usually listed under the experimental feature under Accessibility settings. 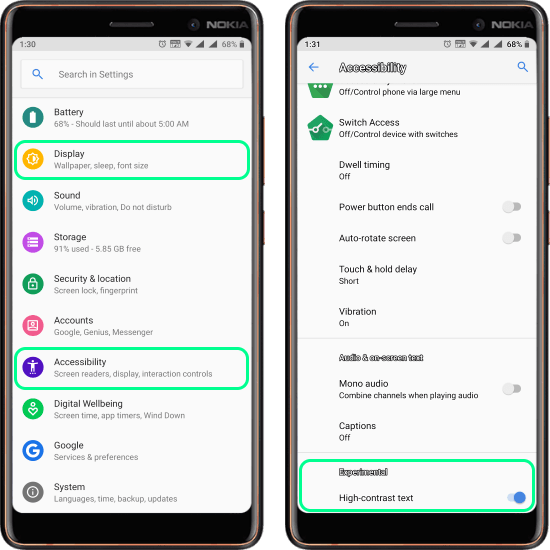 The second and the third tweak are placed near to each other in the Display settings. These tweaks are

You can access these settings by the following steps: 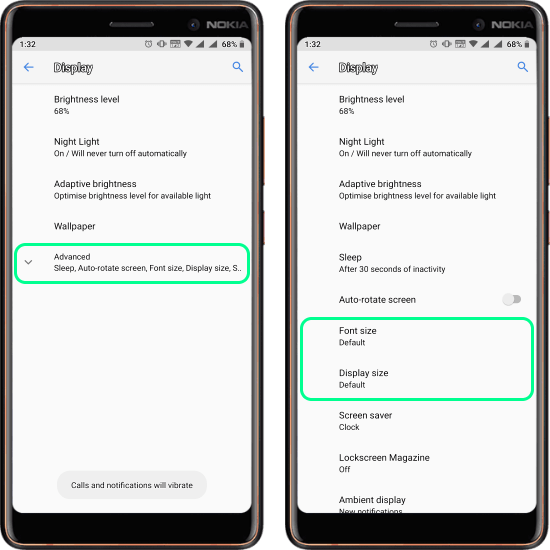 From the Font size option, increase the text size to maximum possible. This makes all the text bigger which would be much easier to notice and read.

From the Screen size option. set the display size to an appropriate value so that it makes the icons and other graphics big enough to noticeable easily. Don’t just set the screen size to maximum, it might ruin the layout and visuals of the Android OS and then everything would look messy and confusing. 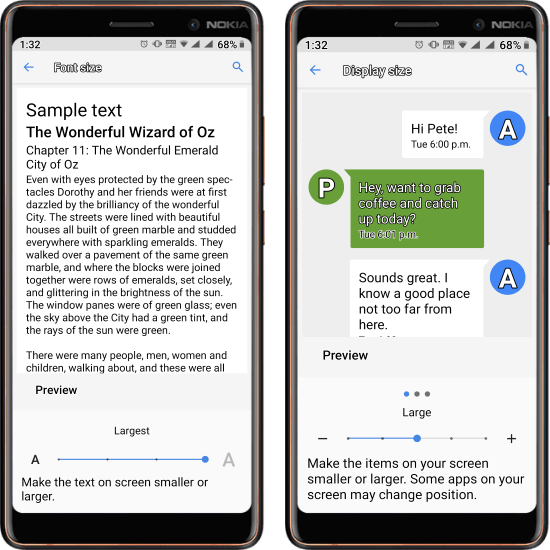 Here is a before-after comparison of the Android home screen without and with these tweaks. As you can see, the text in the right image (AFTER) it more easily readable as compared to the left. 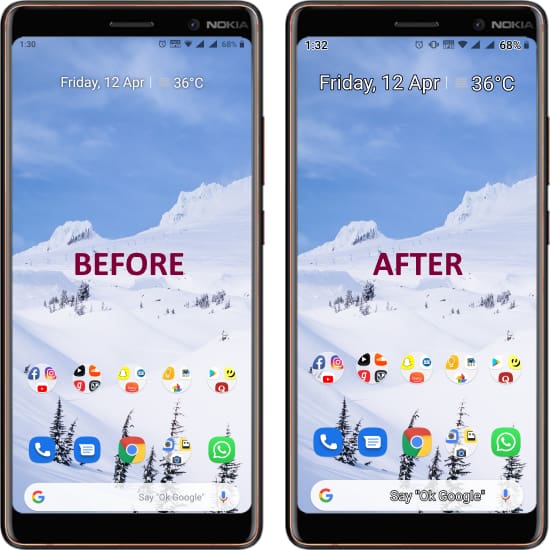 By doing all the above-mentioned tweaks, you can make an Android phone more accessible for the visually impaired. The text will be easy to read with bigger font and icons on the screen will also appear bigger.