The Windows 10 memory game app can be downloaded from the Windows 10 store or from the link given at the end of this article. When you start this app you will come across an interface as shown in the screenshot below. 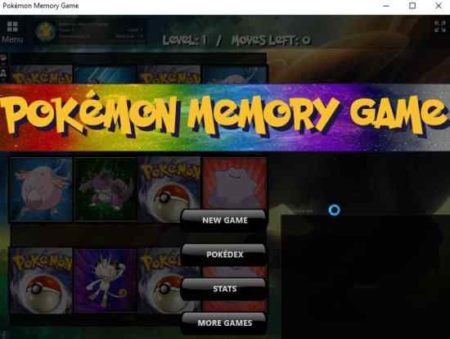 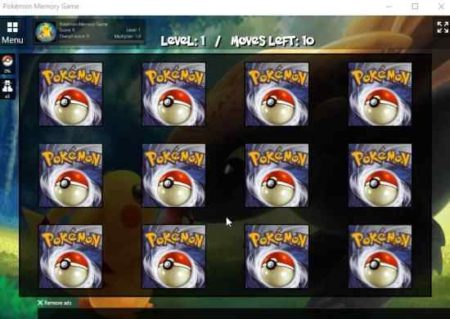 You can see that all the cards have been placed upside down. Now you have to open two cards to try and match them. If they do not match you have to remember which cards you saw, so when you come across similar cards you can match them easily. 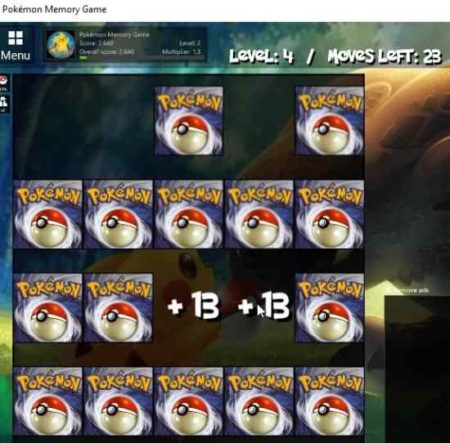 When you match 2 cards they will disappear from the game board and points will be added to your score, as seen in the above screenshot. At the top of the game window you are shown which level you are playing and how many moves you have left to complete the game.

On the left side there is a icon for hints which will show you all the Pokemon characters under the cards for 10 seconds. You can remember as many as you can before starting the game. 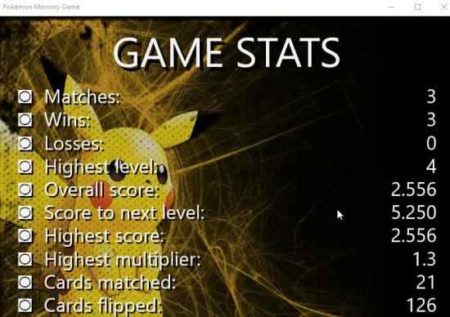 The game stats window shows your performance in the game so far, as can be seen in the screenshot above. You can see how many games you have played, how many you won out of them, what is the highest level you reached, your overall score, total number of cards matched, etc.

Pokemon memory game is a fun game app where you can put your memory to test. Find all the Pokemon pairs hidden under the cards to advance to the next level of the game. If you enjoy puzzle games, you would definitely love this game. Do try it out.