Monster Bunch is a free Windows 10 connecting game app where you have to connect two or more same colored monsters using lines. The only catch in the game is that none of the block or squares should be left empty when connecting the monsters.

The Windows 10 connecting game app can be downloaded from the Windows 10 store or from the link given at the end of this article. When you start the app you will come across an interface as shown in the screenshot below. 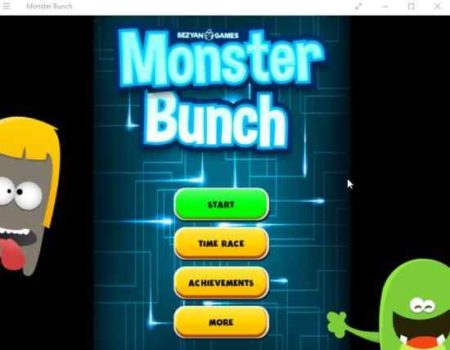 The start button will take you to the seasons screen whereas the time race button will let you play a timed game, where you have to connect as many monsters as you can before your time runs out.

When you click the start button you will get the season selection screen, as shown in the screenshot below. 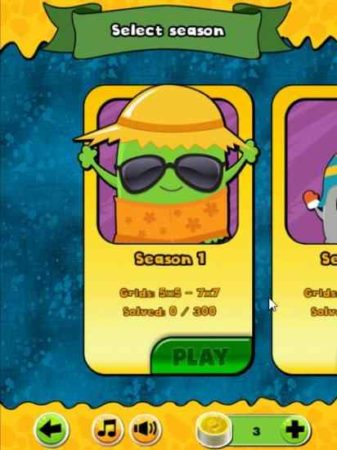 You will find the first two seasons out of the 8 unlocked. Each of the 2 seasons have atleast 300 games in each. The coins collected through these two seasons can be used to unlock the other 6 seasons. Let’s start with season one, this will take you to the level selection screen, as shown in the screenshot below. 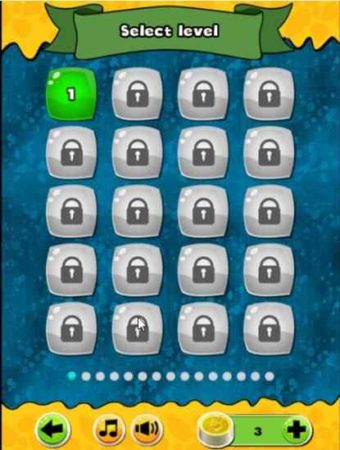 You have to start with level one and other levels will be unlocked as you keep on completing previous levels. Game one game play board is shown in the screenshot below. 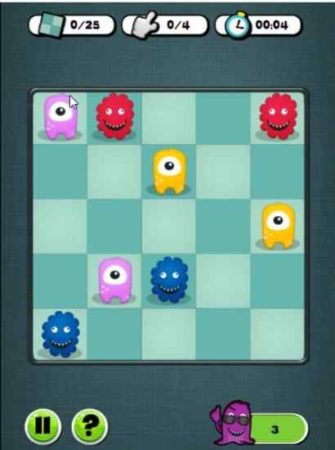 Here you have to connect the same colored monsters using lines in such a way that you leave no block empty. In case you have any problems, you can click the question mark button at the bottom of the window to get a brief tutorial. The connected monsters are shown in the screenshot below, where none of the blocks have been left empty. 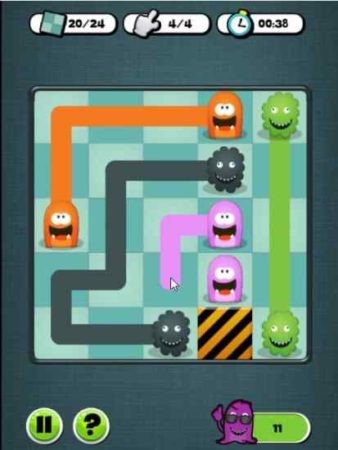 This is how you need to connect these monsters to level up. The aim of the game is to complete these connections in minimum number of moves.

Monster Bunch is a fun connecting game app, I enjoyed playing this puzzle game. The game difficulty level increases as you go further into the games. There are lots of games to play in the app, so you will never run out of them. The game can be played easily on a desktop or a mobile device. If you want to challenge yourself you can try the time race version, where you have to play against a timer.