Torch is a free iPhone app. As you would have guessed by the name of the app that it is a torch app. There is nothing more this app offers apart from the torch function.

The developers claim that it is the brightest torch. By the looks of it it actually might be. But then again its using the phone’s camera flash as a torch, so it can be as bright as the camera flash is.

As for the interface of the app, you can say it is bare minimum. Just one screen as shown below in the screenshot. 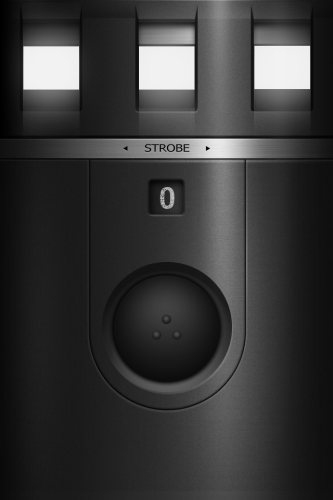 The app does support ads. You will notice ads being displayed at the bottom of the screen.

The only use I could think of for this app after testing it is obviously like a torch if you are walking in a dark area, or trying to find something in a dark room. Also, as the strobe makes the torch light blink, it can be used as a signal amongst friends for anything. For example, if you and your friends have to attend a boring wedding function, then all of you can decide that blinking the torch light twice means all of you laugh out loud in middle of the place, or blinking the torch light thrice would means everybody get up together and start running out of the wedding hall, just to scare everybody. Wow!! you must be thinking that I’m writing this out of experience. Well that is for you people to guess.

All in all a good basic app, does what it says. So go ahead and try it out.

For downloading Torch search for it in iTunes or click here. You can also download it by scanning the QR code given below. 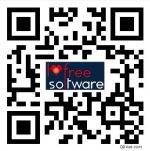