Each individual Notebook and note is migrated to OneNote. Everything is done in just 5 steps, which come in form of a wizard. So, without much effort, you will be able to import all or some selected Evernote Notebooks and notes to OneNote. Do note that it does not imports encrypted notes and notes that contain reminders. 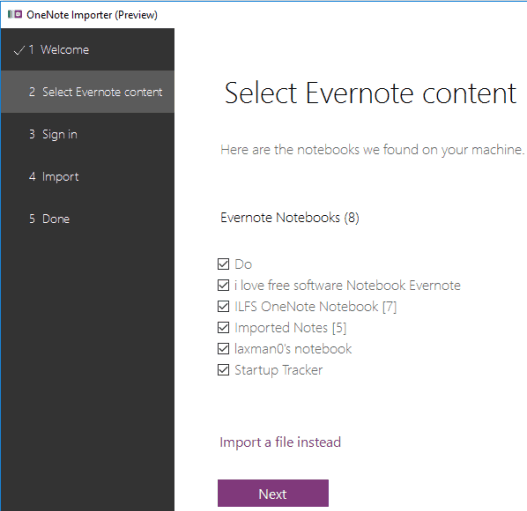 Above you can see the interface of OneNote Importer tool showing my Evernote Notebooks to import.

Evernote, no doubt is one of the best notes management apps. Whether you talk about its Chat feature or Web Clipper, it helps its users to capture and take notes with ease. OneNote, on the other hand, emerges as one of the best Evernote alternative tools. Most importantly, OneNote includes unlimited monthly uploads which is way ahead than Evernote’s 60 MB/month in free plan and 1 GB/month in paid plan. So, those who prefer OneNote over Evernote, they can import their Evernote notes to OneNote. Let’s see how!

Grab this tool and run it. Now before doing anything, make sure Evernote is installed on your PC. It is so because this tool fetches Evernote Notebooks and notes from the ENEX format file (Evernote’s Native format) stored on your PC. If Evernote is not installed, you should install it. Or else, you must have that ENEX file that contains your notes. Now follow these steps:

Step 1: This is a basic step that shows a Welcome message and prompts you to accept the agreement. 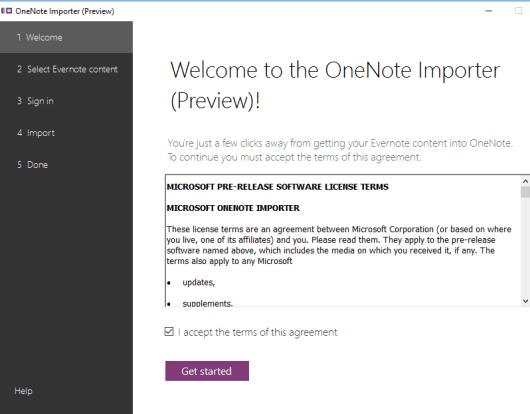 Step 2: When you come to the second step, you will see that your Evernote Notebooks are automatically fetched by this tool from that ENEX file. The total number of notes stored in each Notebook are also visible. Now you can select Notebooks that you want to import. 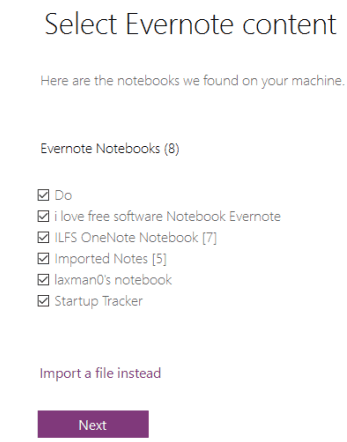 Step 3: In this step, you need to sign in to your OneNote account in which you want to import Evernote Notebooks. 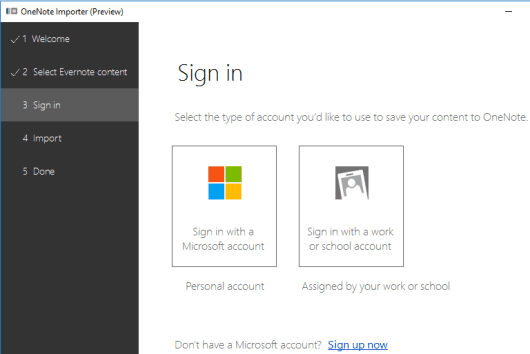 Step 4: Now you can select if you want to use Evernote tags to organize the content in your OneNote or not. Select this option as per your need and click Import button.

Step 5: Now the importing process is started which may take some time depending on the total number of notes and Notebooks. 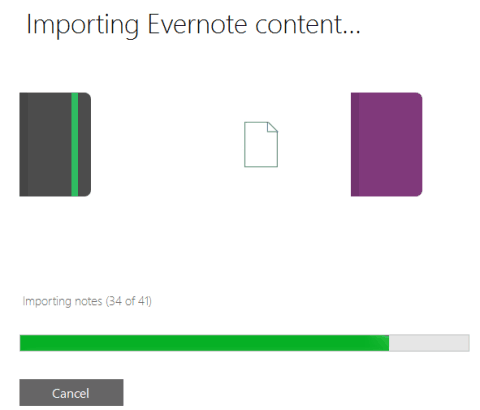 When the process is completed, you can open your OneNote account and check the imported notes. 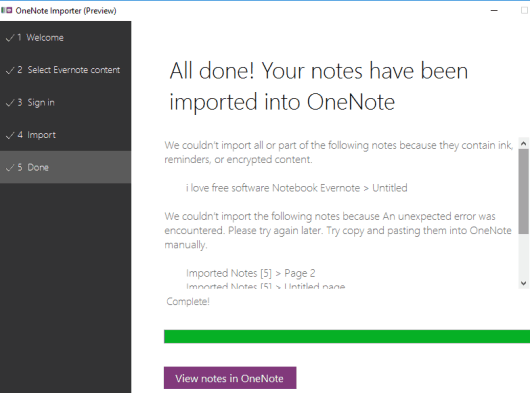 You can also see how to import OneNote Notebooks to Evernote.

OneNote team has done a fantastic job to attract more and more users to use OneNote. This OneNote Importer tool released by Microsoft has initiated another step and has given one more reason to users to use OneNote, instead of Evernote. Still, it won’t be so easy to migrate Evernote users. Evernote has its own importance and people like it a lot. However, those who want to import Evernote Notebooks to OneNote, this tool is surely handy.