Xonotic is a free first person shooter game with fast paced arena style gameplay for Windows. This game is similar to traditional shooter games (like Counter-Strike and Call of Duty) where you have to shoot and kill your enemy before they kill you. The game has both Single player as well as Multiplayer modes. It offers 16 full and 9 core weapons where every weapon has primary and secondary shooting modes. Apart from killing enemies, you can also collect new guns, ammo, bombs, etc. while roaming around the rooms.

The main USP of this free FPS game is the fast paced arena style gameplay which makes it more thrilling and less boring. Once you start a game, you won’t have much time to hide, before someone finds you and kill you mercilessly, as the gameplay is very fast. So, be alert while roaming around the rooms and accessing different passages. The graphic quality (powered by an enhanced Quake engine) of this game is also very impressive as all the textures look 3D and realistic. 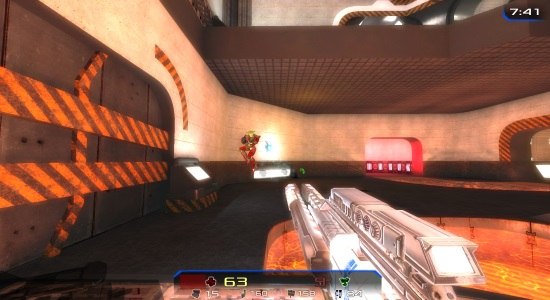 How to Play this Fast Paced First Person Shooter Game:

To get started, simply download Xonotic and extract the ZIP file. After that, you can directly launch the game as no installation is required. Then you can choose between the Singleplayer and Multiplayer mode to start the game.

The Single player mode is good for learning, practicing, and improving your shooting skills because you will be playing against computer bots and not real players. When you select this mode, you will be able to choose a map manually like Deathmatch-Boil, Capture the Flag, Clan Arena, etc. Completing the objectives of one map will unlock the next map. 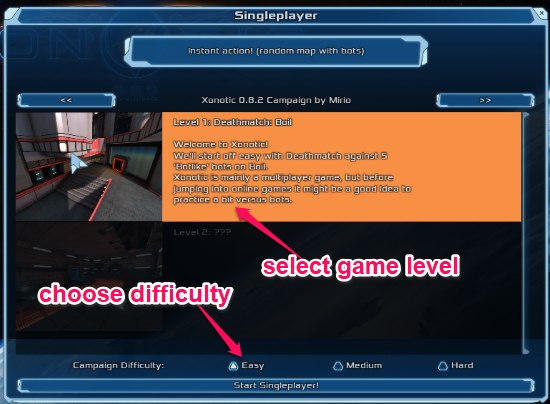 In the Multiplayer mode, you will actually join servers created by other players around the world and compete with them. Apart from joining servers, you can also create your own server for playing Xonotic in multiplayer mode. A server can contain up to 32 players and any of the 25 supported maps. Practicing in Singleplayer mode is very helpful before you proceed to play in Multiplayer mode with real players. 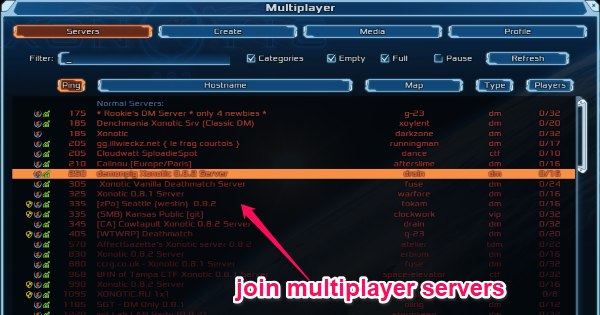 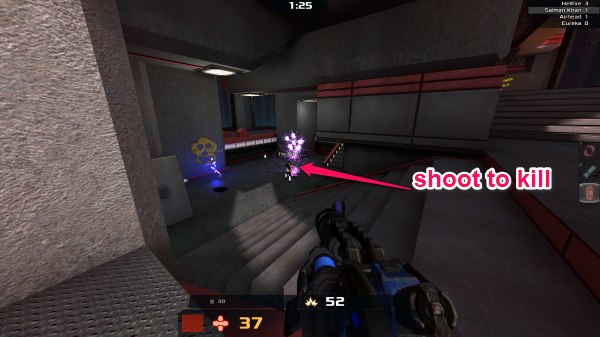 While playing the game, you will also see new guns, ammo, bombs, and more flashing in the rooms and you can collect them by moving over them. Killing an enemy will also make you collect the gun used by that enemy. 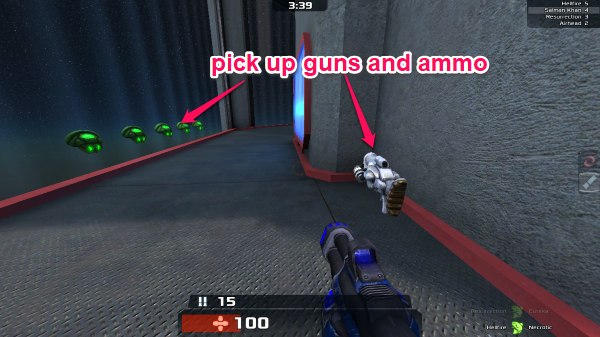 If you die, then you can toggle “Spectator” mode and see the gameplay of other players. Apart from that, it will also show the stats like the number of kills, deaths, damage, damage taken, the final score, etc. on the scoreboard. 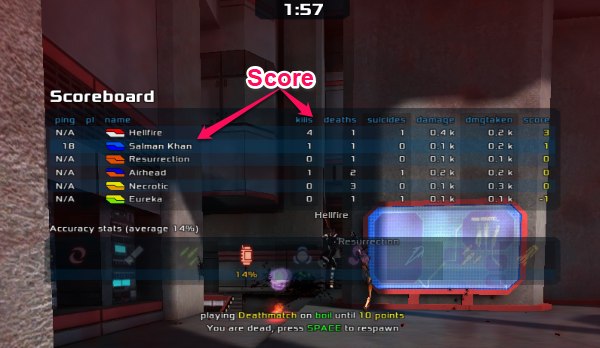 Xonotic is a very addictive and thrilling fast paced first person shooter game. Being a new player to this game, I have top the scoreboard twice which means if you’re an action gamer then playing Xonotic will be a cakewalk for you. Personally, I like this game because of the multiplayer mode as it allows you to compete against real players from all around the world.

Get “Xonotic” from here.