The Windows 10 Sudoku puzzle game app can be downloaded from the Windows 10 store or from the link given at the end of this article. When you start the game app you will see an interface as shown in the screenshot below. 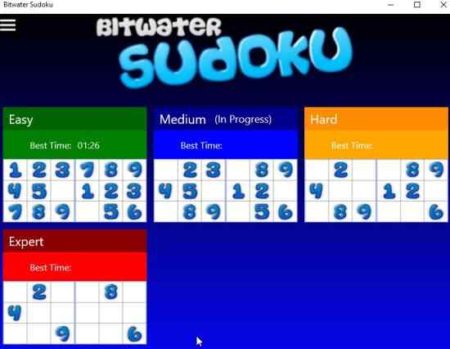 The home interface of the app list all the four difficulty levels that this game app has. These being easy, medium, hard, and expert. Beginners can start with the easy puzzles and make there way through the other levels as they become good at a particular level.

When you click on a level, a puzzle game will appear in front of you as shown in the screenshot below. 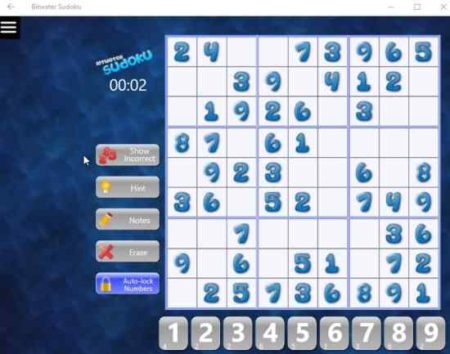 Here you have to fill up number from 1 to 9, in a way that no number is repeated in a row, column, or a grid. A timer can be seen on the top left side of the puzzle to show you how much time you tool to solve the puzzle. The app is ad supported and you will see an ad appearing on the left side of the app window.

Apart from that there are option available like hints for times when you are stuck. Show incorrect button to show any incorrect numbers that you filled up. Auto lock numbers which you are sure of so that they cannot be erased by mistake. 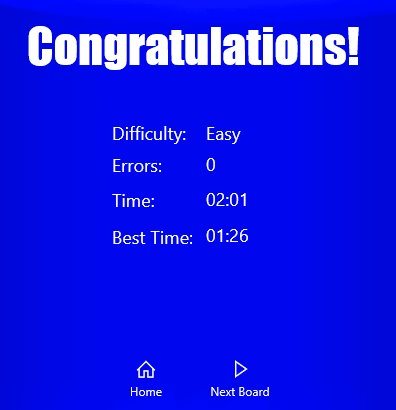 When you complete a puzzle a pop screen like the one shown above will come up. From here you can go to the next puzzle. The settings option for the app can be accessed from the top left three horizontal bar icon, which will be as shown in the screenshot below.

From settings option you can increase or decrease the sound of the app. Change the number font style of the app, rate the app and can also remove ads by upgrading to a paid version.

Bitwater Sudoku is a fun puzzle game app for all Sudoku lovers. The app contains thousands of free puzzles to play and 4 difficulty levels to choose from. The app interface is nice and the ads don’t bother much. Do give it a try.