Adobe Shape is a free iPad app to create vector shapes from images with ease, without any technical knowledge. You can create vector shapes by adding images from your iPad’s photo album or by capturing a new image from iPad’s camera. You only have to add an image, make a few adjustments to settings, and the rest is handled by the app itself.

After creating vector shapes, they are automatically saved to Adobe Creative Cloud Libraries, which make it easier for you to use them with other Adobe services like Adobe Illustrator, Adobe Photoshop, and Adobe Draw. You can also access them via Adobe Touch and Adobe Slide. 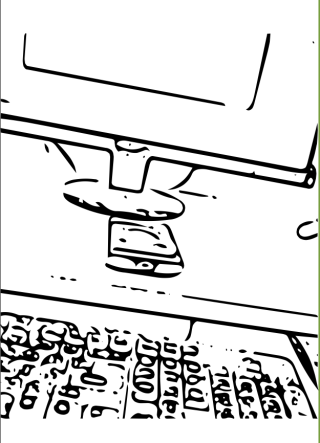 When you .launch the app, you need to use an Adobe account for using the app. It’s necessary for syncing your vector shapes with Adobe Creative Cloud Libraries. You can either use your existing Adobe account or create a new one from within the app. On successful login, the app will launch the camera app of your iPad automatically. 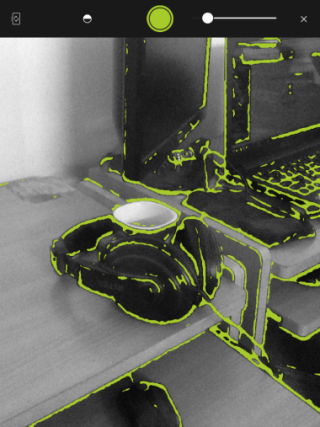 You have to point your iPad’s camera to the object whose vector shape you want to create. You will see the interface as shown below. The slider on the top right is for adjusting the intensity of Green lines, which you can see on the photo. When you are done with the adjustment, tap on Green colored button to capture the photo. 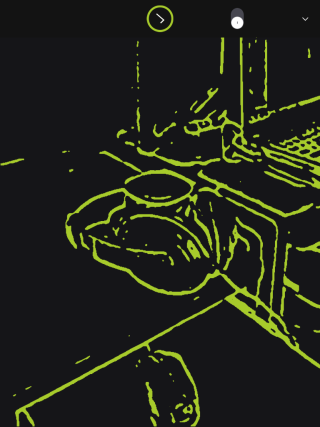 On the next step, you will see the interface shown below. From here, you can edit the Green outlines so that you can get the vector shape as per your choice. When you have done that, tap on Tick mark icon at bottom of the screen to start the processing process. 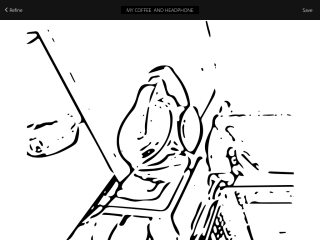 The app will take some time to process the photo and you will see the finalized vector shape, as shown in the screenshot below. You can also give it a name for saving it. As you save it, it will also be saved on Adobe Creative Cloud Library.

After this, you will also see the app’s home screen (your dashboard). It will show all the vector graphs created by you. There is a + icon on this interface which lets you choose whether you want to capture a new image, import from the camera roll, or import from Creative Cloud. Choose the method of your choice and start creating vector shapes from different objects. 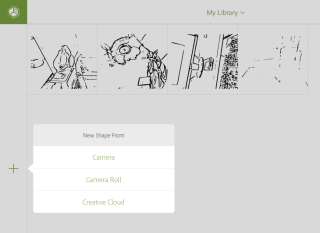 You may also like: Adobe Sketch Free iPad App to Sketch, Get Feedback.

Adobe Shape CC is an awesome iPad app to create vector shapes from images without any technical knowledge. The app works perfectly with no errors. I really like the fact that it does not have any ads either. It’s a must have app for all the designers out there. Do give it a try.