This article covers 2 free apps to bulk flip images on Android. These two apps can come in handy for photos which look better when flipped. These can also be helpful when you take selfies with the mirrored output. Though some devices come with the feature to turn off mirror effect, these apps are helpful when your Android phone doesn’t have such feature as well as when you want to flip multiple images at once.

Using these apps, you can mirror photos on Android in horizontal and/or vertical view mode. These batch image flip Android apps also let you first preview or apply the effect to photos and then save them. Do note that the free plan of these bulk image flip apps will have ads but you can use them without facing issues. 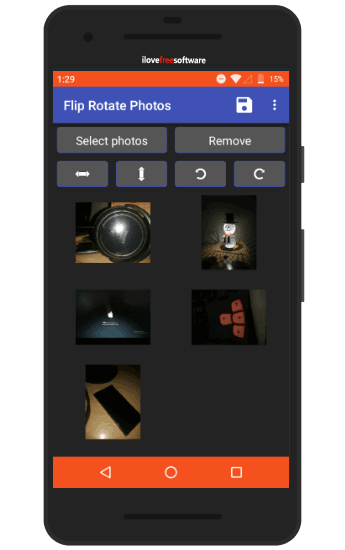 Flip Rotate Photos (Homepage) is a very simple Android app. There is Select photos option which helps to add photos from a particular folder. Once you have added the photos, use flip options. Both vertical and horizontal flip modes are available to use. You can preview the output before you press the Save button, which is a good feature.

As the name of this app indicates, it is also helpful to rotate the photos. I like its simple interface and useful options. This is definitely a good app to bulk flip images on Android. 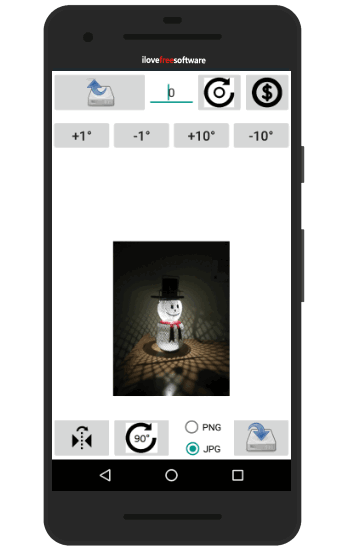 360 Image Rotator (Homepage) is another useful app to batch flip images on Android. This app is mainly available to rotate images in any angle. While other apps are there to rotate images clockwise, counter-clockwise, etc., this app lets you set a custom angle (0-360) and then rotate those photos. This is a unique feature which makes the app worth trying. The free plan lets you select 50 photos at a time, which is a satisfactory limit.

There are few other apps also available to flip images but such apps support one image at a time. Therefore, these two apps are better as these let you bulk flip images on Android. Among these two apps, the first app “Flip Rotate Photos” app is my favorite.