Here is a list of 5 best free XKCD comic viewer apps for Android.

There are various XKCD comic viewer apps for Android which let you search and read webcomics offered by the website XKCD.com. If you’re a comic lover, then you might be aware of both these terms “Webcomic” and “XKCD”. If not, then let me briefly explain them for you. Webcomics are actually the comics which you can access and read on websites, and XKCD is one such popular website which offers comics on the subject matter of love, humor, life, sarcasm, scientific in-jokes, and so on. So, these apps fetch comics from XKCD website and lets you read them right on your Android phone.

Similar to the other comic book reader apps for Android, these apps also let you read comics but offered by XKCD only. Some of these apps like Read xkcd, Blip for xkcd, etc. also provides transcripts and explanations of comics. Currently, the XKCD website has more than 1700 comics which you can view and read using these apps. 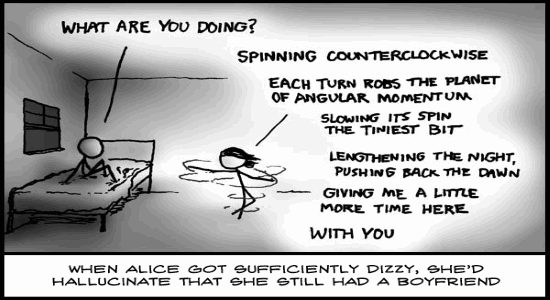 Read xkcd is probably one of the best xkcd comic viewer app for Android which lets you find and read xkcd webcomics with ease. You can search for xkcd comics by the number and title or keep swiping on the screen to find and read your favorite comics. If you find any comic interesting which you would like to read later, then you can favorite it with just a tap. One of the best features of this app is that it lets you toggle day and night mode for reading comics without eye strain. 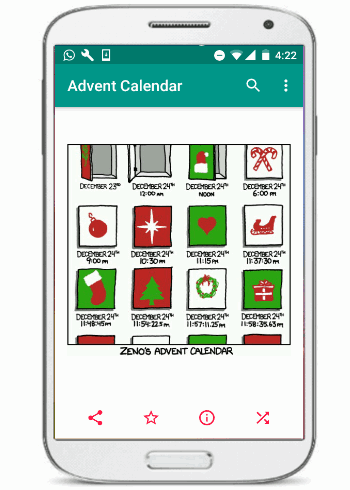 In addition to that, it also comes with a “Transcript” feature using which you can extract the text of the comics as plain text. The “Explanation” feature lets you read the explanation of all the xkcd comics from ExplainXKCD website to make you understand the true meaning of the comics. This app also sends you notifications when new xkcd comics are published online. You can also share the comics directly via a unique URL or as an image to others.

xkcd Browser is another Android app which can be used to browse and read more than 1700 xkcd webcomics. The navigation is super simple for browsing comics as you can simply use the buttons: First, Last, Previous, Next, and Random to browse and read xkcd comics. However, it also lets you explore the archive of all the comics using the “List all Comics” option or use the search option to find comics. Similar to “Read xkcd”, you can also favorite comics, get new release notifications, and see the explanation of all the available comics. 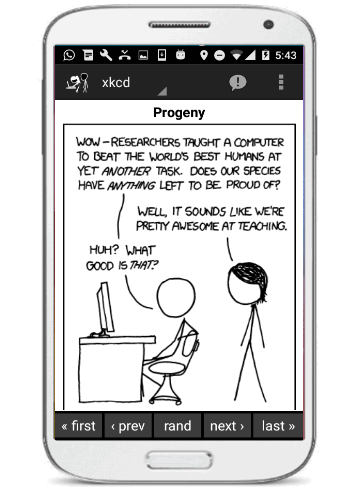 For better readability, you can pinch on the screen to zoom and swipe on the screen to go back and forward. It also offers 4 different themes named, Violet, Dark, Light, and Holo. One of the features which make this app unique is “Offline Storage”, which allows you download the comics and read them when you’re out of an Internet connection. If you want to show others what you’re reading, then you can send them a comic link or save images to share via messengers.

xkcdViewer is also a useful app for all the comic lovers out there, as it lets you explore and read 1700+ xkcd comics right on Android phone. It comes with various options using which you can search comics by title, hover text, add comics to your favorites, share comics with others, get access to the comics archives, etc. One of the features of this app which I like most is that while reading a comic, you can simply tap on it to see the alt text. You can also favorite interesting comics for reading later. To browse xkcd comics, you can either use the access the archive, search by title, or use the “Arrow” icons to navigate to the next and previous comics. 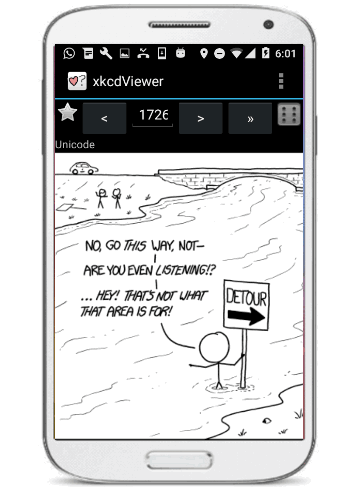 You can also see the explanation of comics using the built-in ExplainXKCD integration. It also lets you directly read the most recent comic and open up the last xkcd comic which you were reading. To read the comics clearly, you can pinch on the screen with two fingers to zoom in and zoom out. Similar to the above apps, this one also lets you share comics via URL or as images with others.

Blip for xkcd is also a similar app to browse and read xkcd comics, but before you can start using this app you need to download the comics database (2 MB data). Once you’re done downloading the comics database, you can now explore all of them and read them wherever you want. Similar to the “Read xkcd” app, this one also lets you see the transcript of the comics with just a tap. The “Help” icon can be used to read the explanation of comics from the ExplainXKCD wiki page. 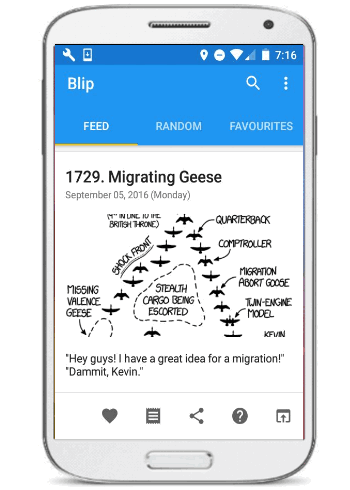 This one doesn’t actually support full offline reading mode, but the comics which you have read once can be viewed offline. If you remember the name of the comic which you would like to read, then you can search for it by title or use the “Random” tab to shuffle through the entire comics database. Additionally, you can also add comics to favorites, zoom in/out with a double tap on the screen, save & share comics, and also open the comics with the browser or other xkcd comics viewer.

Using the app xkcd Reader, you will be able to read the complete archive of comics on your Android phone. You can search the comics by related keywords or title and start reading them in fullscreen mode with a single tap. If you find difficulty in reading comics, then you can use the pinch and zoom feature to enlarge the comic. To help you browse comics seamlessly, it comes with a joystick-like keyboard to navigate through the comics and also minimizes the keyboard while reading. You can use the “Question Mark” icon from this keyboard to view and read a random comic from all the available comics. 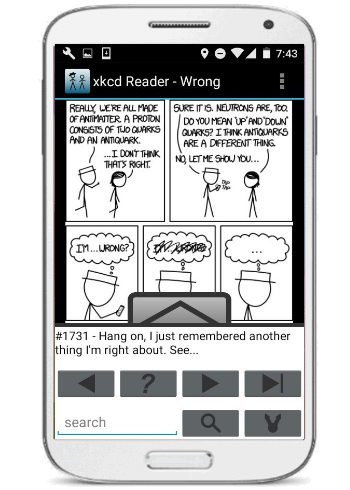 It even sends you notification for new comics such that you will stay updated with your favorite xkcd comics and lets you share the direct comics link to your friends. However, unlike the other apps, this one doesn’t have any option to see the explanation of comics. One of the unique features of this app is that it also supports tap zooming with one finger. This can come handy if you’re using your phone with one hand while reading comics.

If you’re looking for ways to read all your favorite XKCD comics on your Android phone, then go ahead and start using any of the apps which I have explained in this post. Personally, my favorite is “Read xkcd” as it comes with a minimalistic interface and powerful features like the transcript, day/night mode, etc.

Try out all the apps and let me know which one you find best in the comments below.