As it’s name suggests Simple Network Tools for Windows 8 offers a list of handy network tools for Windows 8. This app has a really simple and clean tile based interface and enables you to perform certain basic networking tasks like: ping, trace, DNS records, lookup, and checkout your IP. 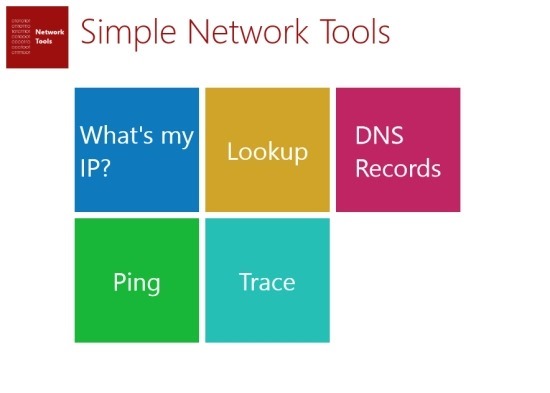 To get started with this networking tool for Windows 8 just click on this link which will re-direct you to Windows 8 app store web page from where you can download and install Simple Network Tool for Windows 8. After you have managed to download and install this app, just navigate to the start screen, and run it from the start screen just like any other Windows 8 app and you will have the interface as shown in the above screenshot.

Now, if you want to use a option in this app just click on it and it will bring up the respective interface from where you can access that tool and use it. For demonstration purpose I will show you how to ping in this app. To ping an IP or website just click on the Ping tile and you will have the interface where you are supposed to enter the website or ip that you would like to ping and click on the ping button and output will be shown in lower part of the window as shown in the screenshot below. 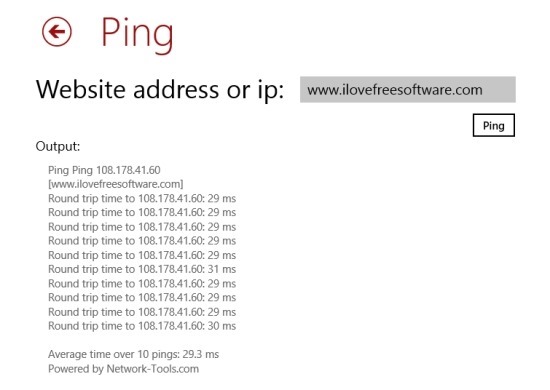 Simple network utility is a simple little app that enables you perform commonly used network commands in a simple and straightforward interface on a Windows 8 device or PC. If you just want a app to pin your IP on the start screen then click on this link.