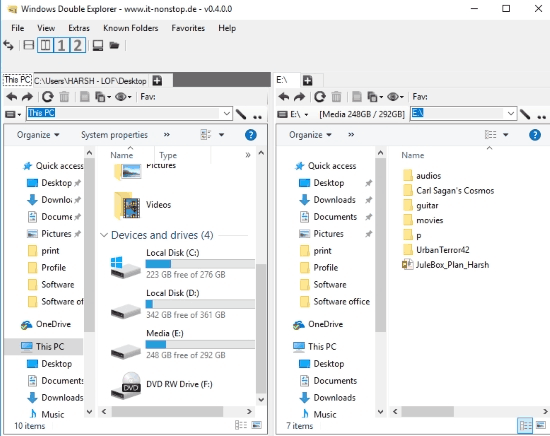 How To Open Two Or More Windows Explorer In A Single Window:

Using this Double Windows Explorer is pretty simple. As soon as you run this software, it opens a window similar to the above shown picture. In both the explorer panels, you can navigate to any folder on your PC. While exploring two different folders using this software, you can also open multiple folders as tabs. 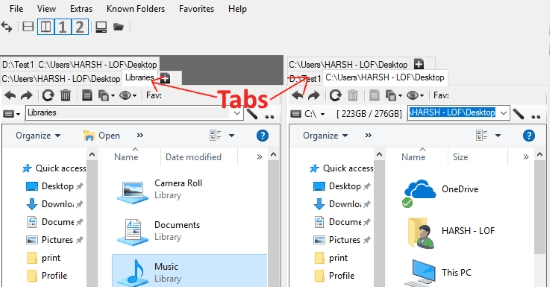 By default the Windows Explorers are arranged side by side vertically. If you want, you can also switch Windows Explorer layout to horizontal. Simply click on the layout options to switch between two available options. These options are available on the top left side of the interface. 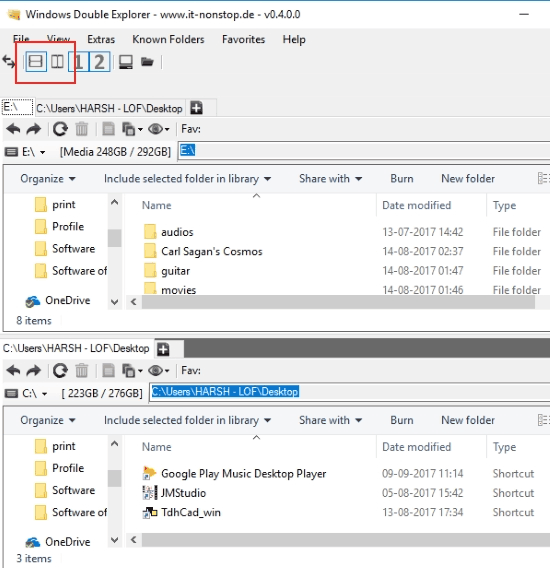 You can even switch this software to view just a single Windows explorer.

How To Add A Folder As Favorite in this Double Windows Explorer: 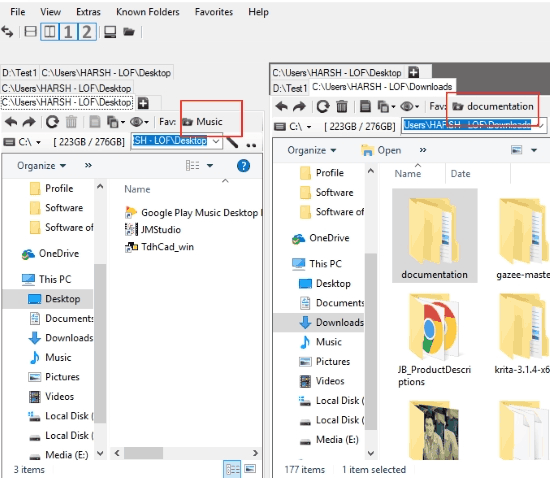 One of the reasons I liked this software is because of its ability to sync two folders. If you want to synchronize a folder with another one, you can easily do that. Simply open the folders in the Windows Explorers that you want to sync. Now, click on the Sync button on the Explorer where you have opened the folder which you want to sync with another folder, which is open in another explorer. As simple as that. 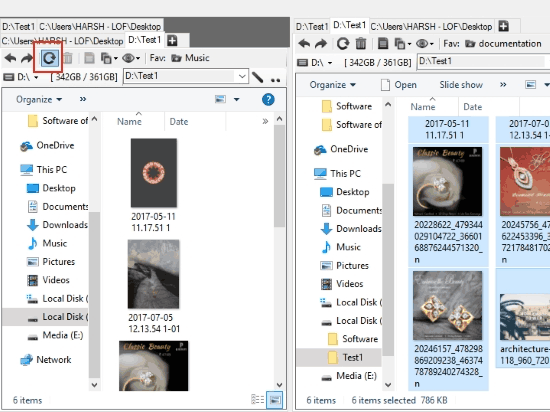 Apart from the above mentioned features, there are various other features of this software that make it a perfect software to open two Windows Explorer in a single window. One of the options lets you launch another Windows Double Explorer.

Windows Double Explorer is a pretty smart and sleek portable software that can come in handy on daily basis. If you deal with files and folders a lot, then this software can be perfect for you.