Flying Pengy Free Edition is a Windows 10 arcade game app with a flying penguin and lots of blocks, enemies, power ups, bubble pops, etc. At the starting of the game you will witness a penguin jumping out of a plane with a parachute. The penguin has to smash the bubbles, balloons, blocks, etc. using the basketballs, boomerangs, etc. Collect all the falling stars.

The Windows 10 arcade game app can be downloaded from the Windows 10 store or from the link given at the bottom of this article. When you start this game you will see an interface as the one given below. 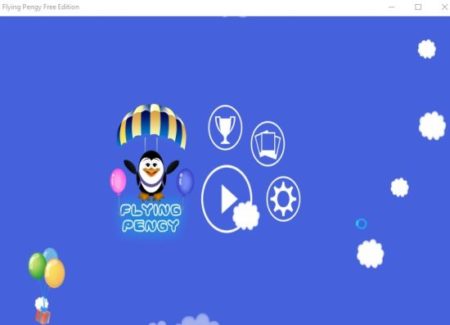 Here when you click on the trophy icon you will be taken to the achievements screen as shown in the screenshot below. 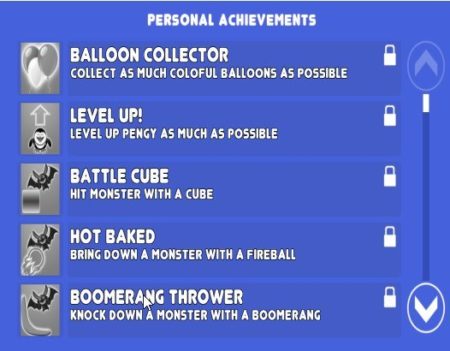 These are all the achievements that you can unlock while playing the game. The settings icon on the home page will let you adjust a few things, as shown in the screenshot below. 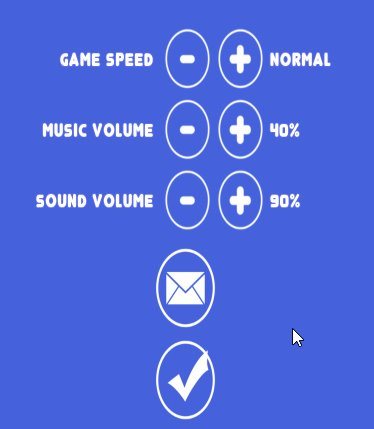 The play button on the home page will start a small tutorial game for you. Go through this tutorial game to understand how things are working in the game. After the tutorial game you can start playing the actual game. The screenshot of the game is shown below. 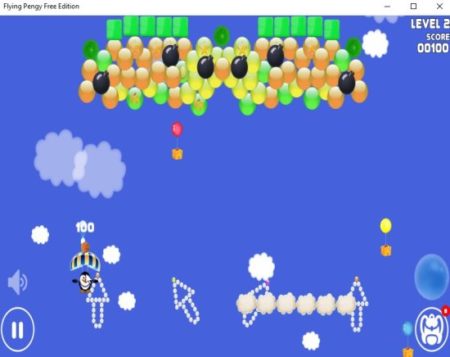 Now you have to use the basketball that you collected to pop the bubbles, balloons, blocks given at the top of the screen. Bounce the ball and direct it to hit the bubbles at top. Collect the falling stars, avoid enemies, etc. Once you are able to complete the level you will be shown a level up screen, as shown in the screenshot below.

The level up screen will show you your total score in the level, number of blocks that you destroyed, monsters defeated, balloons collected, stars collected, play time, awards, etc. Click the next arrow to start playing the next level.

Flying Pengy free edition is a fun game app with lot of games in one. You have to pop the bubbles, collect stars, destroy blocks, avoid enemies, etc. All of this in one game is too exciting. The only thing is that the free version has video ads in it after regular intervals. Which is kind of annoying, but for a free game this game is pretty good.