Term Sheets is a free fake code output generator with terminal, simulation commands. Here using this tool, you can create animated simulation of execution of code. It lets you specify the input commands and output text. And then it simulate that as if the code is in running in real. You can specify multiple commands as well and then you can see the output.

It creates animated simulation and makes input text as if the real user is typing. Other things like speed, and color of the text in output is customizable. And you can even change the width, title, height, and prompt in the terminal window. And the best part is that you can download the final animated output in SVG, GIF, and HTML.

This is a good tool to create animated terminal presentations to demonstrate code output. You just have to give it input commands and output text in JSON format and then see the simulation. Also, you can customize the output by adding loading animation, wait, and colored text in the output. Also, the appearance of the terminal window is customizable.

The source code of Term Sheets is on GitHub and you can use it locally on your PC as well. But in this post I will only focus on its online version. Access the online version of Term Sheets and then its interface will show up. You will see some dummy data there and its simulation. 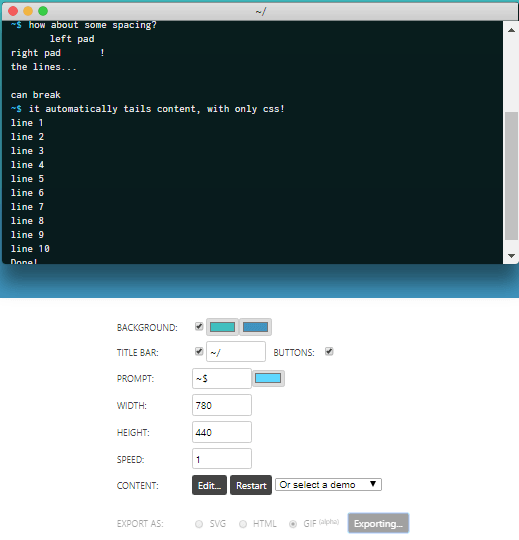 Click on the “Edit…” button and edit the input commands and output text. You can specify multiple commands as well. 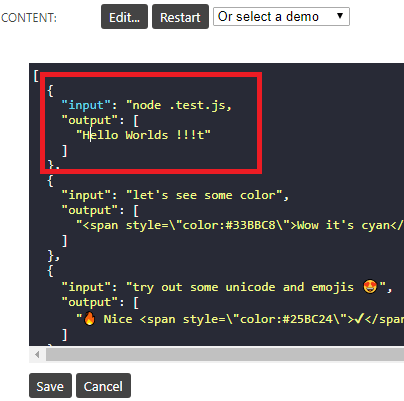 Next thing that you can use in this tool is the customization options. You can use the <span> tag in the output text to change the color of the entire line of text. Or, you can use it to color specific parts of the text. Also, you can use multiple lines in the text. But for that, you will have to enclose every line in double quotes and end them with a comma. 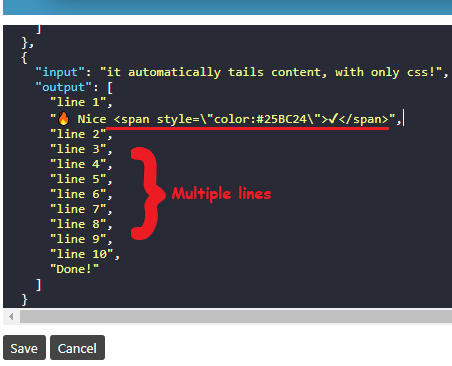 In the GIF that I have added in the beginning, you can see the behavior of this tool. You can easily use it to generate fake code output and generate the simulation for code execution of any code. And in the end, you can download the entire animated terminal in GIF, SVG, and HTML format.

If you are looking for ways to generate animated code output with fake data and commands then you can use this tool that I have mentioned above. You can use it in easy way and get the final animation in GIF format. Also, the customization options are really amazing to generate realistic code output as simulation.