In this tutorial, I will cover how to take screenshot in Windows 8. That seems like a pretty trivial topic, but Windows 8 has introduced a new way to take screenshots and I wanted to cover that. Surprisingly, the old traditional way of using PrintScreen key works as well. 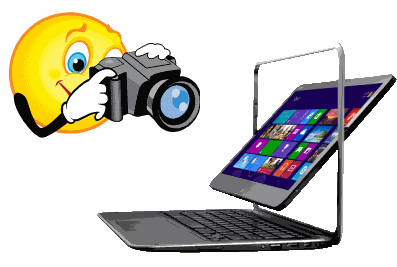 How to take a Screenshot in Windows 8 using the Print Screen button:

Let’s start with the simplest and basic way to take a screen shot in Windows 8. Just press the famous Print Screen button. This copies the entire screen to the clipboard and now you can paste the screenshot in any of your favourite image editors like: Microsoft Paint, Paint.net, Gimp, etc. This was, and remains the simplest, basic, and commonly used method of taking a screenshot in Windows. This feature worked fine till Windows 7 for all casual screenshot takers. However, this method makes screenshot process quite a lengthy one: take screenshot, copy to some image editor, then save to a file. Thankfully, Microsoft has introduced a new way to take screenshots that reduces this entire process to a single step.

How to take a Screenshot in Windows 8 using the combination of Windows key + Print Screen:

By default, screenshots captured like this are stored in Screenshot folder. However, you can you can change the output  folder of this method to anywhere in the computer.

How to Change Output Folder of Screenshots in Windows 8:

If you are using Windows RT i.e the tablet only version of the new Windows 8, then press the Windows key and volume down button combination to take a screenshot. To access these screen shots just click on the photos tile on your start screen.

How to take screenshots in Windows 8 using third-party software:

If you don’e like either of the methods that Microsoft provides to take screenshots in Windows8, you can use a 3rd party software. They are especially handy if you want to just capture a part of the screen or you want to capture image of a web application that is quite long. There are lot of screen capture software that you can use. The one of the best applications that I like and regularly use is Gadwin PrintScreen. 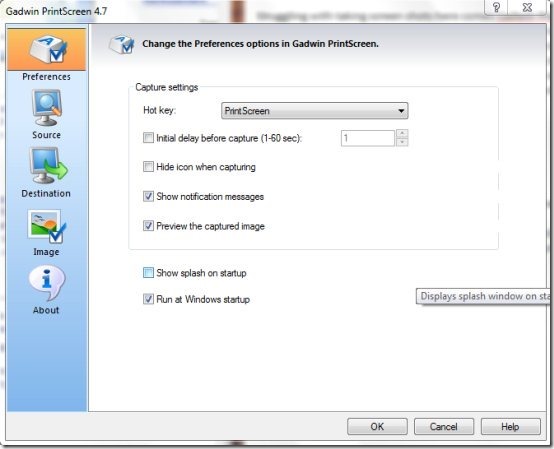 If you want to try out more third-party application then click here to read about other screen capture software for Windows 8.