The app shows the weather at the location you are currently at, displays RSS news feeds or Facebook news feeds, ability to wake up to your favorite music, customize the alarm clock HD, themes, go to sleep by listing to your favorite tunes by creating playlists etc. 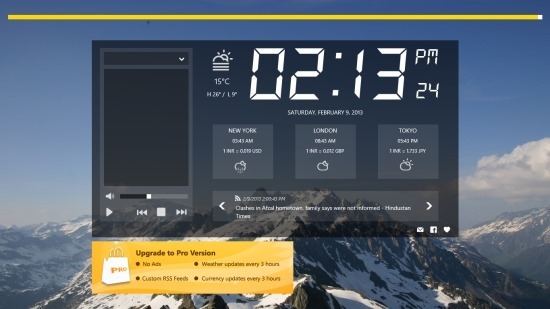 When you open up alarm clock HD, the first thing that you will notice that the interface of the app is amazingly simple and as soon as you open it, you will be greeted with cool animations. There is one annoying thing in this app; it shows an ugly little advertisement and ask you to to buy the full version of this free alarm clock app for Windows 8. But anyway if you can get past that little annoyance then you will be able to see the awesome interface of the app.

The app will be displaying your current weather and the weather of three other locations, RSS news ticker, a side bar where you can set playlists that can be played when you go to sleep, and the ever changing background images, which are just amazing.

If you touch anywhere in the app, a yellow bar will appear on the top of the app. Now just slide this bar to adjust the brightness of you screen. In this manner, you can dim out you screen and sleep while the app runs without interrupting your sleep. Anyway, it is not necessary that you have to keep the app on the screen to run it. It is just that you will want to keep it on like a screen saver because it looks so darn good.

How to set up an alarm:

To setup a alarm just right-click on the screen this will bring up the options as shown in the screenshot below. From these options, just select Alarms button.

Now a window will open up, just click on the add alarm option which is located on the lower right corner of the screen as shown in the screenshot below.

After you have performed the above steps, the window as shown  in the screenshot below will appear and here you are supposed to set the alarm in this app. 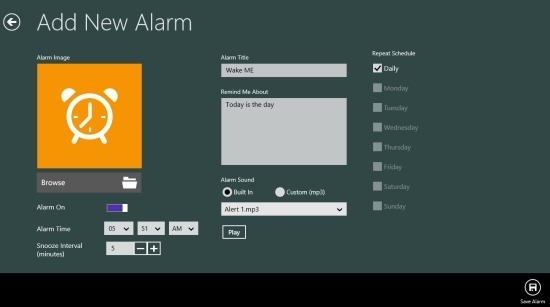 How to change theme:

Just right-click on the screen and the options to change the theme will appear on the upper right corner of the screen as shown in the screenshot below.

Click on this option and you will be presented with a window from  where you can select and change the theme according to you need. Also this app gives the options to create a new theme within the app itself. 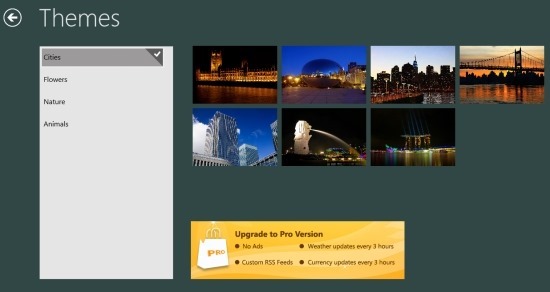 How to change the RSS news feed to Facebook feeds: 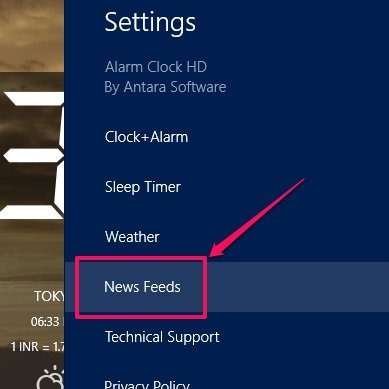 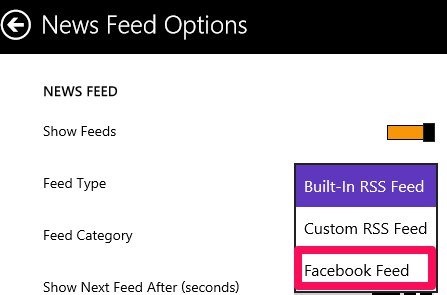 In total this is one of the best free alarm clock out there for Windows 8 that comes with a impressive set of features. If you would like to try some thing simpler then give KoAlarm a try.