Shopify App/Theme Detector by Ferra.ai is a free Chrome extension to see installed apps on a Shopify store. It can show you list of all the apps that a Shopify store is running in a click. Right now is supports more than 250 Shopify apps that it can detect precisely and then show them to you. Also, this is an open source project and being actively maintained. In the later updates, it will have functionality to detect a lot more Shopify apps. Right now, you just install and use it by opening a website in Chrome and it will show how many Shopify apps the current store has on its icon.

If you are a Chrome user and work with Shopify websites then it is a good idea to audit the sites of your competitors to improve your current strategies. One thing that you can do for your competitor analysis is seeing what apps they are using on their store. And then Chrome extension that I have mentioned here will help you. You can see a list of all the Shopify apps that it supports here and then use it. The tool is free for personal as well as commercial use. Also, if you are a developer then you can make use of its source code to add custom functions or enhance an existing feature. 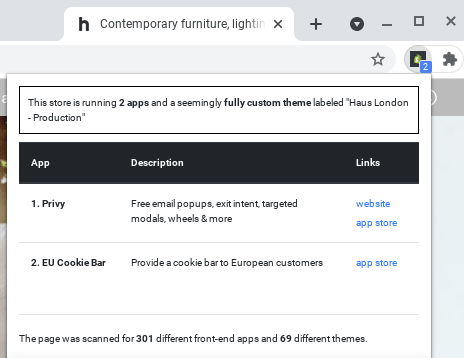 You can get this Shopify App Detector extension from Chrome web store. Or if you’d like to install it from source code then you can build it yourself. After you have installed it successfully then you are all set to use it. 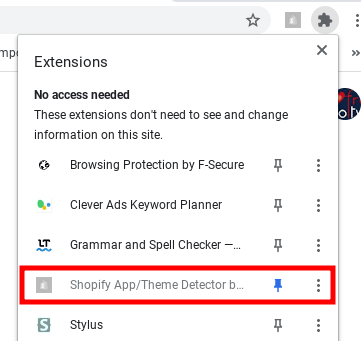 Just visit any Shopify store and if it detects any app or theme then it will show their count on its icon. You can see that in the below screenshot. 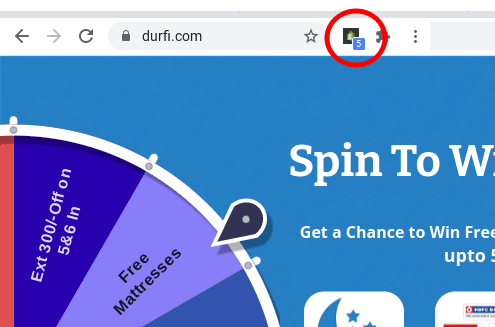 Click on the icon of the extension to see the list of all the apps that it has detected. It will display name of the app, its description, its link to its own homepage, and its link on the Shopify app store. You can see all these details and then you are free to do whatever you want. 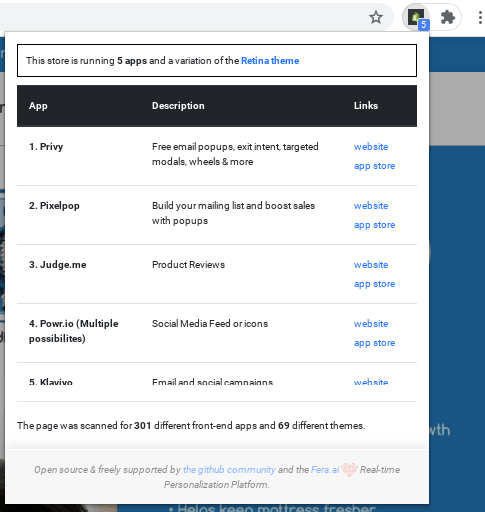 In this way, you can use this simple and powerful Chrome extension to detect themes and apps running on a Shopify store and take your competitor analysis to a new level. However, right now there is no way to export the list of detected Shopify apps. So I would really like to see an export button in the UI of the extension to download the list of all the apps on your PC.

Id you are a website developer and often work with Shopify stores then you will find this extension here really useful With this, you can audit any website and then you can simply see all the apps that  Shopify store is running. You can have those apps on your store too and then it will help you plan your next strategies to grow your store.