Run-Command is a free Windows Run dialog alternative to run programs as administrator. This software acts as a complete replacement for Windows’s default Run dialog. It lets you run CMD commands, launch programs, launch website URLs right from the Run box. And you can bookmark your commands or program names in it. It is a multilingual software which has an interface very similar to traditional Run dialog with some enhancements. The software lets you open command prompt with the command you want to run and that to in normal as well as with administrator rights.

Run-Command freeware even takes over control of the win+R shortcut. You can open it with the shortcut key and after executing a program, it keeps running in the background. You can see its icon in the system tray. Also, you can access your bookmarks by right clicking on its icon from its system tray. 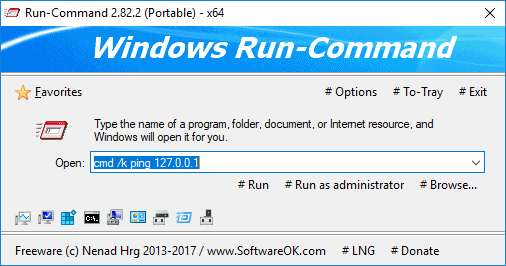 Run-Command comes as a portable software and there is no need to install it first. After you run its EXE, it keeps running and you can use it anytime to run programs, commands, launch websites easily.

Here are and a few steps to use Run-Command to run programs, commands with administrator rights.

Step 1: Run its EXE and its main interface will show up. It looks like windows run dialog with little modifications. You will see a favorites menu, options to change language, and run some pre-defined system programs directly. 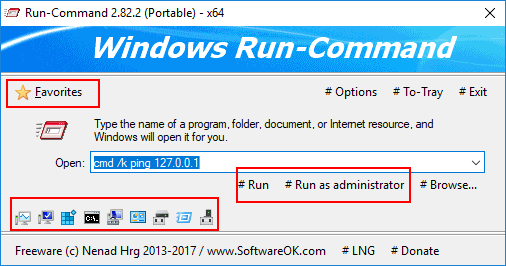 Step 2: Use the text box of this dialog as you use run dialog. Just before executing a program or command, you can use simple Run or Run as Administrator option. 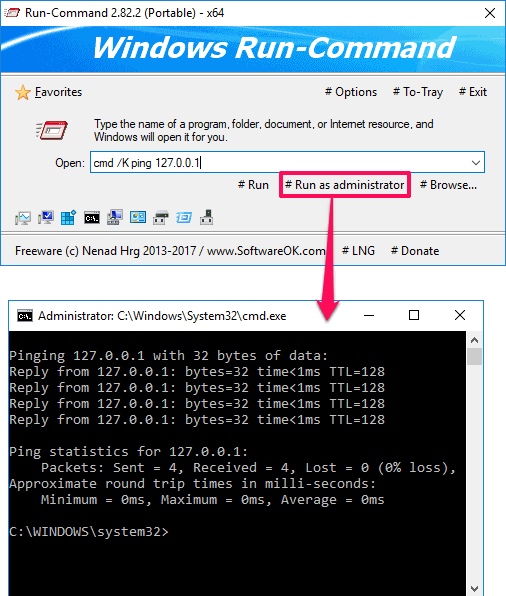 Step 3: If you want to bookmark a certain command, then after typing it, click on Favorites > Add to Favorites. After that, you will see your command will be added in the Favorites list. 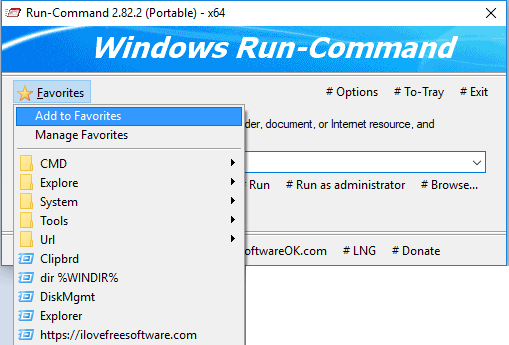 Step 4: To manage favorites, you have added in the software click on Favorites > Manage Favorites. After that, a window will open up that you can use to add, edit, and remove bookmarks. 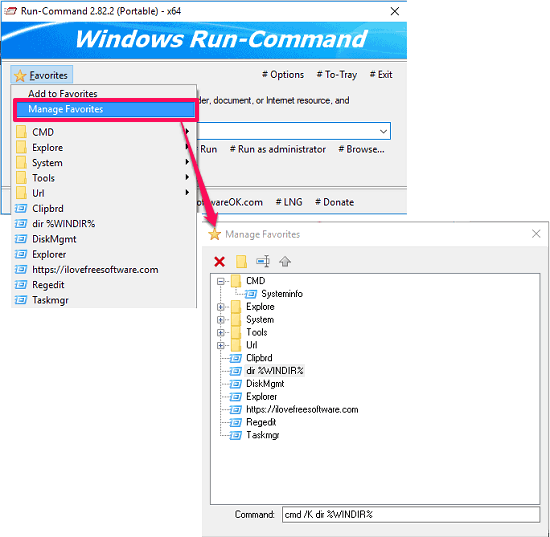 This is how you can use Run-Command freeware as an alternative to Windows Run dialog to execute programs as administrator. And of course there are some other features in it besides just running programs. And those features make it a perfect replacement for Run dialog.