This tutorial explains how to host Clubhouse like audio events on Discord. Discord recently rolled out a new feature called “Stage” that brings hosted audio events to Discord and you can choose what people you want to select for the event. It even adds a dedicated section in the app to show upcoming events in other community servers that you can be a part of if you want.

Right now, Discord Stages is available to community servers only. If you want to enable Stages for your server then first you will have to enable community for your server, and then you can have a Stage that you can configure later. After you have enables Stage Channels, you can host audio-only conversations where some people can talk and others can listen as the audience.

Even though Discord already has voice channel, as a host, you cannot choose desired people for a VC. There are some workarounds for that, but it is not that straightforward. Stage channels in Discord now solve this problem, and another advantage is that you can broadcast this to all server members if you want to.

A Discord Stage channel consists of speakers and moderators. Speakers can talk in the Stage channel, and they can easily opt to be an audience using the “Move to Audience” button. While Moderators on the other hand are kind of special Speakers who manage the channel by setting a topic, adding/removing, and muting members, and they can even ban people from participating in a stage channel. 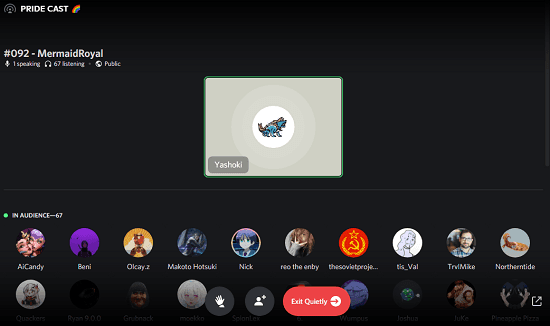 How to Host Clubhouse Like Audio Events on Discord?

The very first thing you have to do is make sure that your Discord server is set to community mode. Because if it isn’t, then you can’t have stage channels in the server. This is as simple as that. 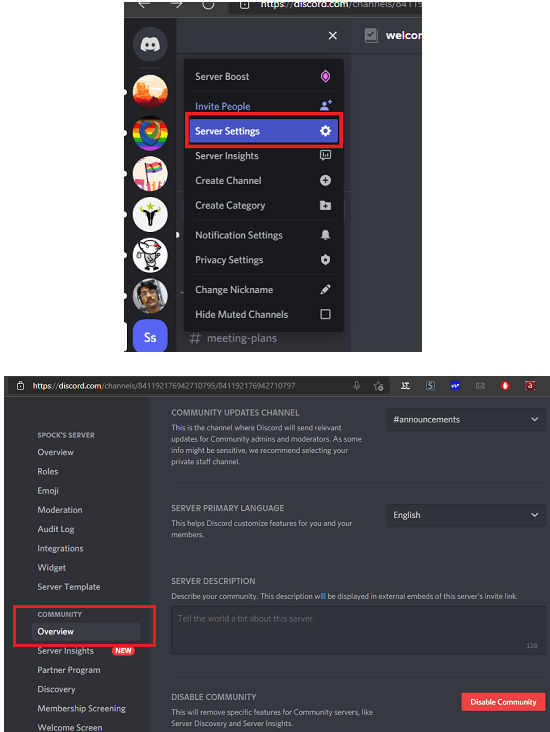 After you have turned your server into a community one, you can see the “Stage Channel” option now. Just create a stage channel and give it some name. Next, you select some moderators and then a stage channel will be created. 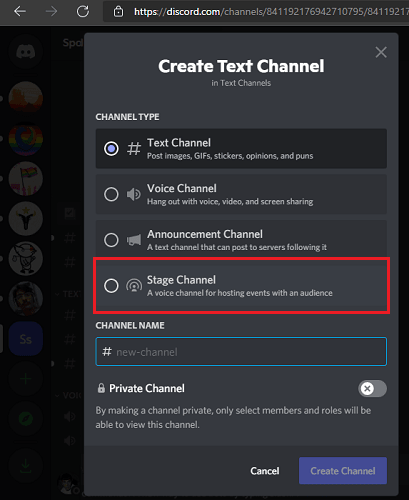 After Stage has been enables, you will see an additional section added to Discord called “Stage Discovery”. Here you can see the public events hosted in other servers. You can join them and raise hand in case when you wish to speak. 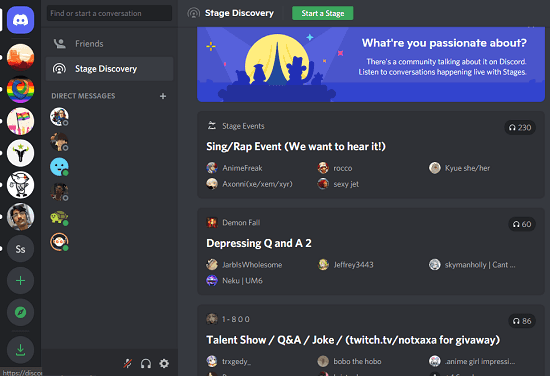 A fully functional and engaging Stage in Discord looks like this. Here you can see all the people invited in the event and who’s the speaker at now. You can also see moderators of the space and total number of people who have joined. 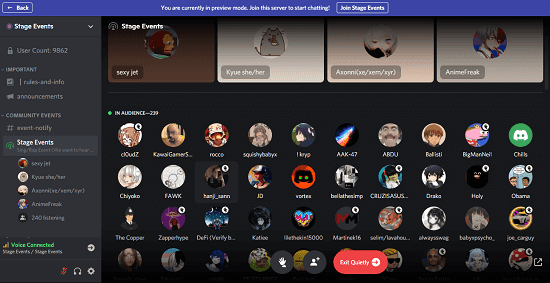 From the moderator side, the interface looks like as shown below. You can see all the people joined along with the request list. Requests will be shown on the right side, and you can approve them when you want to let someone talk. This is as simple as that. 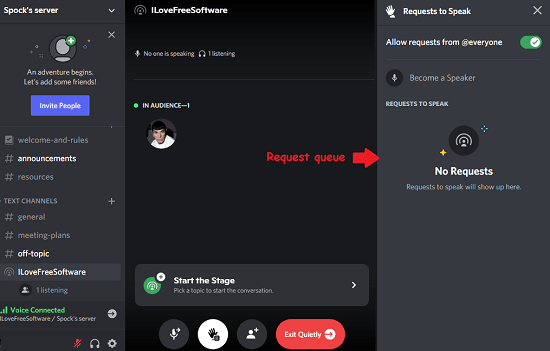 In this way, you can create, host and manage Discord stage channels. They are very similar to the VCs, but you have full control, and you can have meaningful discussions with the whole Discord community. If you are a Clubhouse user then you will find the interface and functionality very similar.

I think Discord Stages will help boost server reach if you go and host public discussions. I liked the idea of stage channels, and it will surely help you top servers or any server host good quality discussion to spread knowledge. However, you will have to comply with some rules in order to host stages and not get banned by Discord. You can read about them in the ToS of Discord.