Word Twist Deluxe is a free Windows 10 word puzzle game app where you have to form words from given letters on the game board. The main aim of the game is to find all the words that you can form with the given six letters. You have to find at least one six lettered word to move on to the next round in the game.

The Windows 10 word puzzle app can be downloaded from the Windows 10 store or from the link given at the end of this article. When you start this app for the first time, it will directly take you to the game tutorial. The tutorial is small and gives you a brief on how to play the game, an instruction window can be seen in the screenshot below. 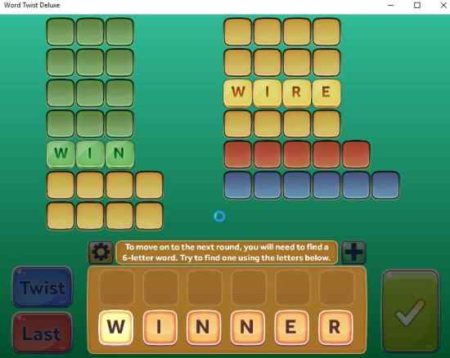 The game screen pretty much looks like this, once you are done with the tutorial click on the new game button to start with the game. 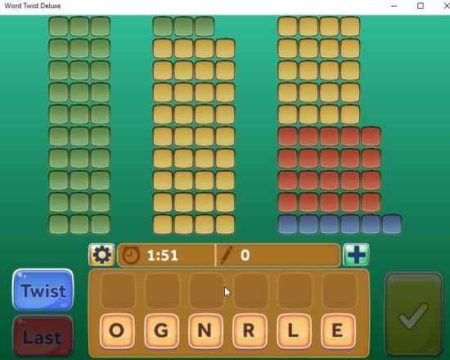 The game board will look like the screenshot above. Just remember that you have to find at least one six lettered word to move on to the next round. If you can’t find a word, just click the twist button to scramble the letters a bit. This might help you in forming a new word. The last button shows the last button that you formed. You can also check out the definition of a word by clicking on it, as can be seen in the screenshot below. 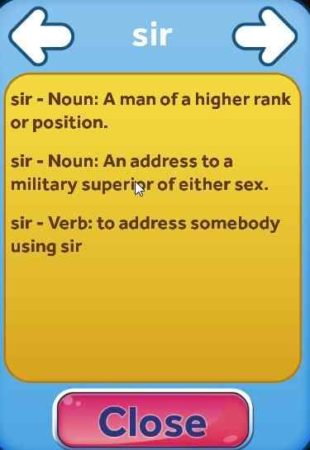 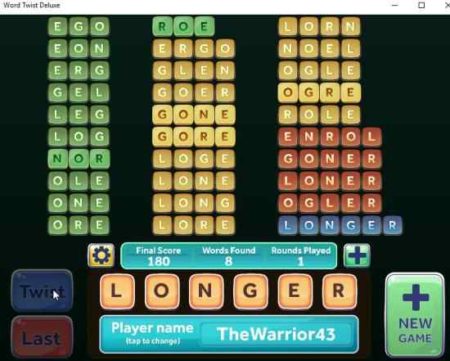 The settings button on the page gives you a pop up window like the one shown in the screenshot below. 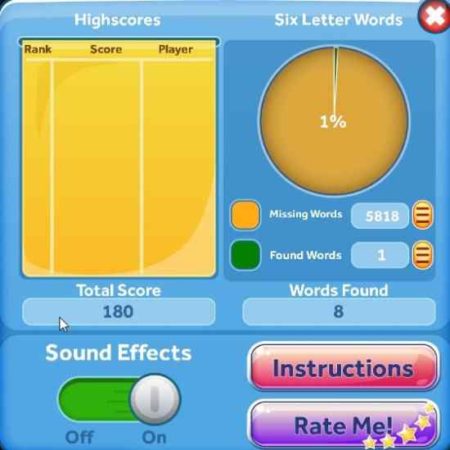 From this window you can see your high scores, percentage of six lettered words you have formed, turn the sound effects on or off.

Also you can click on a word in the grid to see its definition.

Word Twist Deluxe is a fun word puzzle game for people like me who love word games. They can be played by kids of all ages. The game can even help you improve your English vocabulary. The game is quite addictive and the timer option makes it even more exciting.