Sudoku Classic is a free Windows 10 Sudoku puzzle game app where you can play this classic game with various levels of difficulty. The app lets you play this very popular game using various forms of input like mouse, keyboard, touch, etc. The game can be played in a unlimited mode with you choosing the level of difficulty you want to play.

The Windows 10 Sudoku puzzle game app can be downloaded from the Windows 10 store or from the link given at the end of this article. When you start this app you will see an interface like the one shown in the screenshot below.

After this screen, you will come across the level selection screen, where you can select the difficulty level of your puzzle game. This can be seen in the screenshot below. 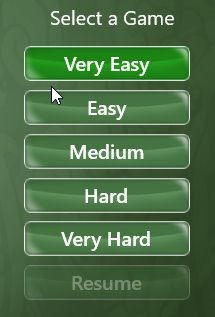 You can select the difficulty level according to your wish or capability. You can start with the easy one and then make your way through to the more difficult levels.

The puzzle game board can be seen in the screenshot below. 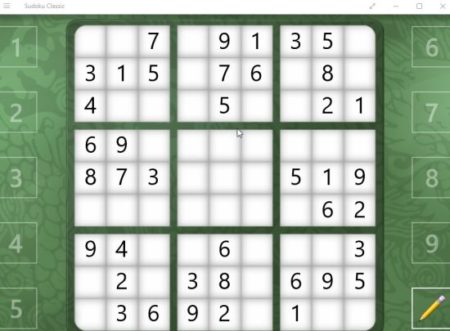 It shows a classic Sudoku puzzle game, where you have to fill up number from 1 to 9 in all the grids with out repeating numbers in any line or column. The pencil icon seen on the screen let’s you take notes when you are confused between two probable numbers for a cell.

Sudoku Classic is indeed a fun game app for Windows 10. All the Sudoku lovers will find this game pretty nice, as it is not overcrowded by too many options. Its the classic Sudoku puzzle game as you like it. Play unlimited games back to back for free.