Brave Furries is a free Windows 10 rescue game app where you have to help the cute looking furries carry out a rescue mission by solving puzzles. The story behind the game is that the furries princess along with other furries have been kidnapped by the evil wizard. Now the remaining furries have to rescue everyone from the evil wizard’s castle. For this you have to solve puzzles to succeed in this mission.

The Windows 10 rescue game app can be downloaded from the Windows 10 store or from the link given at the end of this article. When you start this app you will come across a interface as shown in the screenshot below. 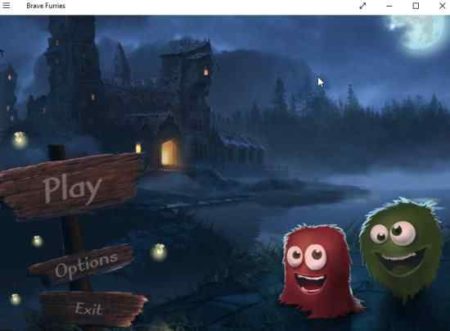 The interface is quiet pretty and has options to play or go to the settings page. The settings option will have buttons to turn the music and volume on or off. The game resolution can be changed and you can also decide if you want the game to be windowed or not. 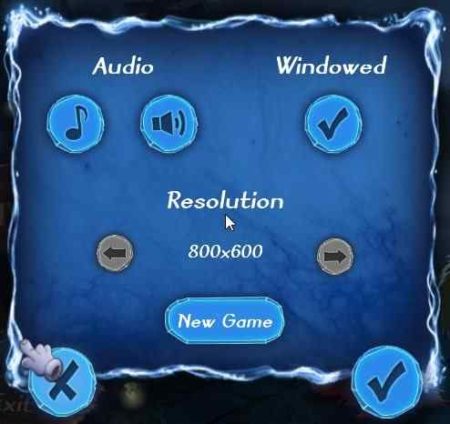 Begin the game by pressing the play button which comes up. There will be a brief intro to the story where the evil wizard kidnaps the furries princess, as can be seen in the screenshot below. 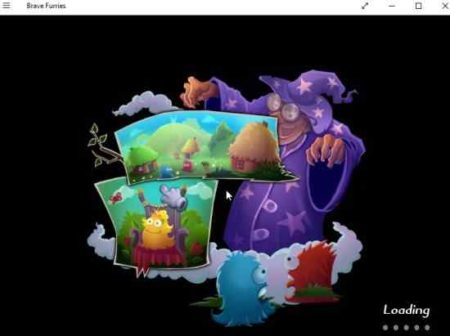 The furries go to the castle of the evil wizard and land up in the cellar of the castle. Now they have to collect clues and solve puzzles in order to free their friends. The cellar image can be seen in the screen shot below. Here you have to find all the symbols that you see on the wheel. For each symbol you have to play a game and solve a puzzle. 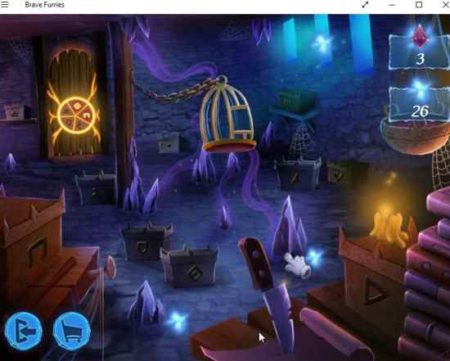 When the wheel is complete you will be able to free one furry friend. The puzzle that you are required to solve will look like the screenshot below. 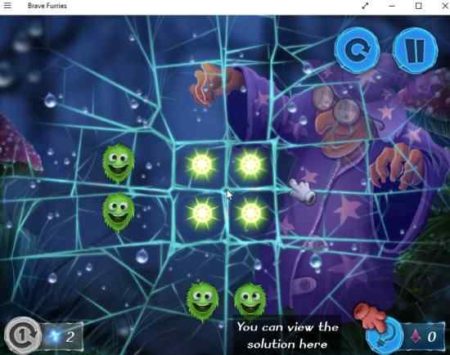 You have to place furries where the stars are, in a way that all the stars are used up. Furries can’t jump over each other. The bottom right corner is for hints, which you can use at times when you are stuck. 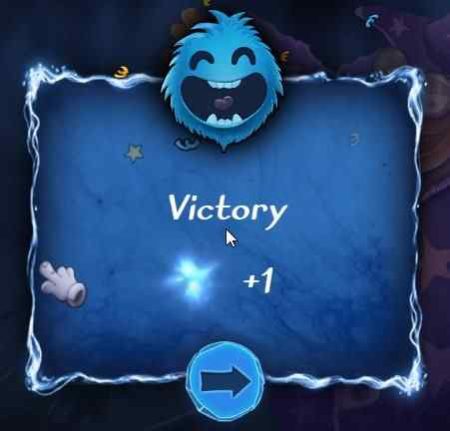 The level complete screen is shown in the screenshot above.

Brave Furries is a extremely fun game app. It can be played by all age groups and the furries are quiet cute to look at. Help them out rescue their friends by solving puzzles. After a few levels the difficulty of the game increases mildly. Some levels become timed, while others have different goals. But nothing which will stress you out too much.