Tetris Blitz is a Free Arcade Game, developed by Electronic Arts. It is available on Apple Store and Google Play. The game is the newer version or a make over version of the famous arcade game Tetris. Tetris Blitz despite having a lot of new additions doesn’t lose the essence of Tetris. The game play is attractive than ever, is even simpler and easy to play. Players however do have to apply their brains but in the end it is a full utilization of free time.

The game hooks the players completely and is exceptionally difficult to drop. The Tetris Blitz allows players to choose from the possible places they can place the blocks. Or even alter the positioning and select the outline to drop the blocks. This feature is in fact new to the Tetris game. 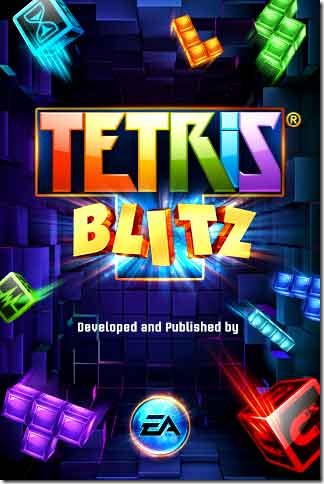 Not only that, the speed and intensity of the blocks dropping remains same throughout. With that there are several power ups, these include: 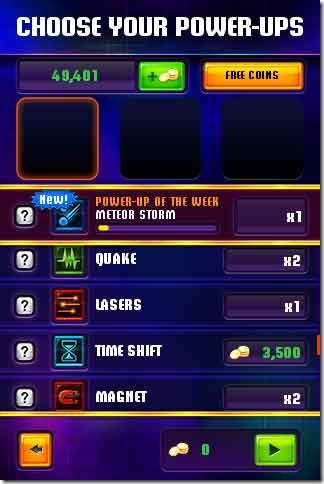 These power-ups can be bought with the coins that one accumulates in the game or by purchasing the coins from the store. The power-ups help a lot in setting great scores. Also, the Tetris Blitz is different as there is a stipulated time for each level that is  2 minutes.

Did you know you can also play Tetris on PC.

How To Play Tetris Blitz: 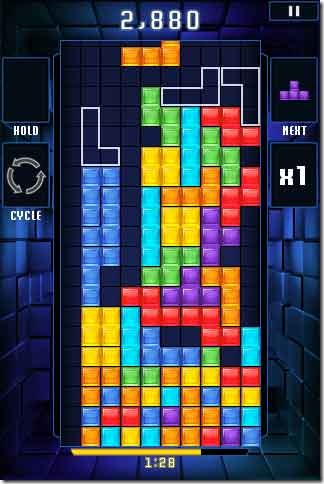 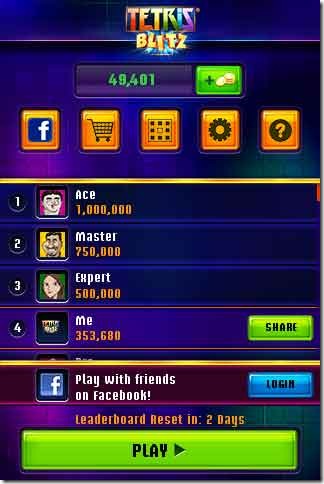 Honestly, I personally didn’t find anything to dislike. Just that I couldn’t post my score to any other social networking sites except Facebook.

The Tetris Blitz by Electronic Arts, is a simple, catchy, irresistible, revamped arcade game. It certainly catches the interest of the user.