Here, are 3 free Twitter to RSS services to get Twitter updates of your friends in the form of RSS feeds. These free services are especially helpful in the situation when you are not allowed to directly access Twitter, for example when you are in office or at your workplace. Using this free service, you can easily get the Twitter updates of your friends, celebrities or people whom you follow in the form of RSS feeds. Isn’t it good that, you would come to know everything happening on your Twitter account without directly accessing the Twitter. Try these Twitter to RSS services for free. 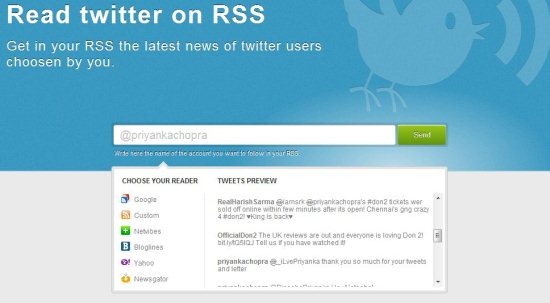 Idfromuser is basically not a Twitter to RSS service, instead it is a free online service to find out Twitter ID of a Twitter username. Now, you might be wondering that what would you do with this Twitter ID. Here’s the answer for it, after getting the Twitter ID, you need to paste the ID at the end of this URL (http://twitter.com/statuses/user_timeline/) . Now add .rss to this URL after the Twitter ID that you have pasted. And hit the Enter key on your keyboard. This displays a window in which you need to choose your desired RSS reader service. Once you choose the service, it automatically displays all the Twitter updates of that particular user in the form of RSS feeds within the RSS reader. So this way, you can get the Twitter updates of your friends in the form of RSS feeds. You may also check out our featured post on free RSS to Twitter services. 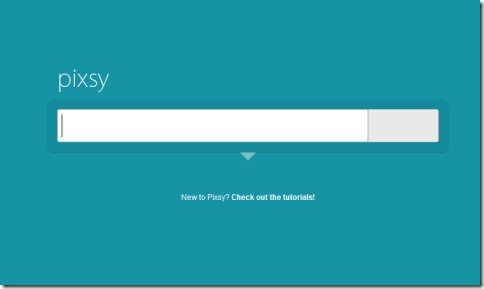 Pixsy is a free URL generating service that let’s you create encoded URLs which you can enter in your feed reader to subscribe the Twitter feeds. This free service let’s you generate Twitter search feed, User timeline feeds, user favorites feeds using the following commands mentioned below:

You need to enter the respective command with Twitter username in the search box Pixsy, and click the big button right to it. It will generate a encoded URL. The URL generated using this service can be directly copy pasted  and added to the RSS reader that you use. In this way, you can get the Twitter feeds of any particular Twitter user.

So, these were few services using which you would come to know what’s happening there on your Twitter account through the RSS feeds. Try these Twitter to RSS services for free.