The Android 11 Beta updates have been teasing the upcoming features of the Android version. The Android 11 tends to have a back tap gesture shortcut similar to what you might have seen in the iOS 14. Now, there is new media control UI in the notification panel that shows the current audio device where the music is playing. This feature has an advantage over the current UI as you can easily switch the audio device within a tap. If you want to give this new Android 11 music controls UI a try, you can get it right now with Power Shade.

Power Shade is a notification panel customizer app for Android. This app is available for free on the PlayStore and brings the latest Android 11 music controls UI to any device running Android 5 or newer. Along with that, it also offers you powerful features to customize and change the appearance of the notification drawer as per your liking. 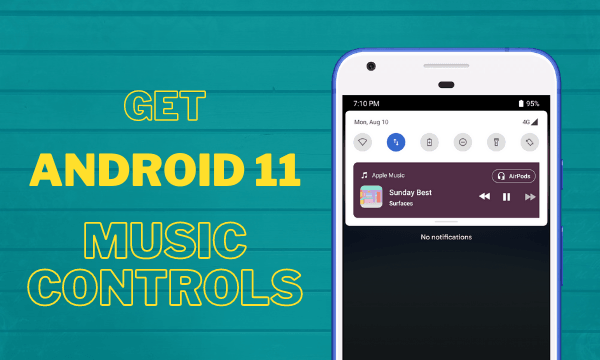 Also read: How to Get Always On Display on Any Android with OLED Screen?

Get Android 11 Media Controls UI on Any Android Device

To get Android 11 media controls UI on your Android device, open the Play Store, search for Power Shade app, and install it on your device. When you open the for the first time, it asks for Accessibility and Notifications permissions. Both these permissions are crucial for this app to work. Simply click on the toggle button alongside each permission. This opens the respective permission setting where you have to enable this app. 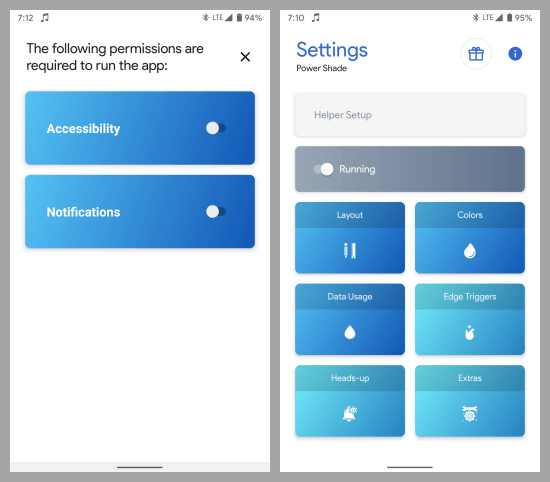 After permitting both permissions, you get to the main screen of the app. You get a running button at the top. Toggle that button to enable and that’s it, you don’t have to customize anything. Now, whenever you play media on your phone, it will show the media controls in the Android 11 style. 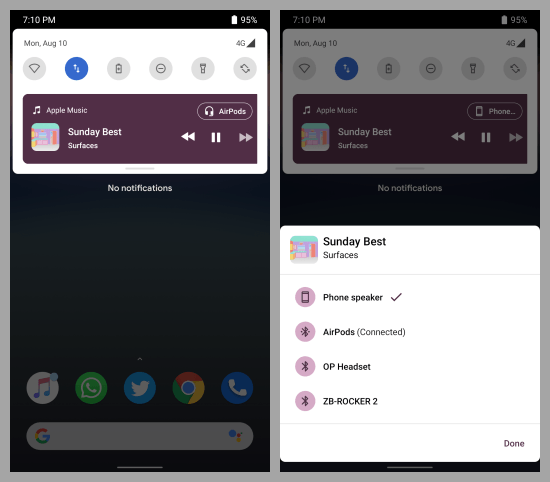 As you can see in the screenshots, it detects my currently active audio output devices in the UI. When I tap on that device, it shows a list of all the devices including Phone speakers. In the case of Bluetooth devices, it shows (Connected) along with the name indicating that the device is available to play. From the list, you can easily switch between the available audio devices.

This is how you can get Android 11 media control UI on any Android devices. Apart from this new media control UI, Power Shade app packs lots of features to customize layout and colors in the notification panel. It also allows you to customize edge triggers, head ups, show data usage in the status bar, and more. Some of these features are paid but the app has a gift program where you can watch a short video to redeem a paid feature. During my testing period, I ironically redeemed “ad-free” experience as a gift just by watching an ad video.