This tutorial explains how to get the grid layout for Hangouts video calls. In order to do this, here I will talk about an open-source Chrome extension Google Hangouts Grid View. This extension automatically makes the group video call layout in a grid format and you can see all the webcam screens of all the participants equally. This is a simple and very straightforward extension that you can use. The extension works automatically and doesn’t have some other options in it. If you want to go back to the old layout of Hangouts call then you can always do that.

The default layout of Hangouts video calls is good but the other participants look smaller. And the icons for other people are shown at the bottom. But you can make it a grid layout like in Whatsapp video calls or Microsoft Teams. If you want to get the grid layout on Hangouts then you can simply read the steps further in this tutorial. The only problem, for now, is that this extension is not available in Chrome Store, which is why you have to install it manually. 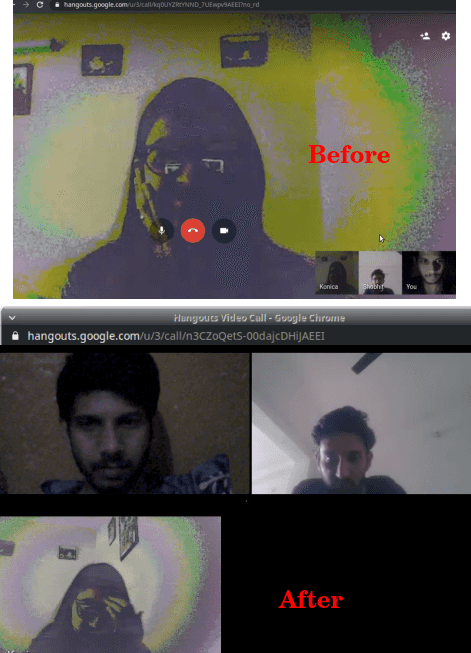 How to Get Grid Layout for Hangouts Video Calls?

To install this extension, you can clone its GitHub repository from here. Now, just extracts the files to some directory and then open up Google Chrome. After that, go to the Extensions section in Chrome and then install the extension. The icon will appear in the toolbar and you are all ready to use it. 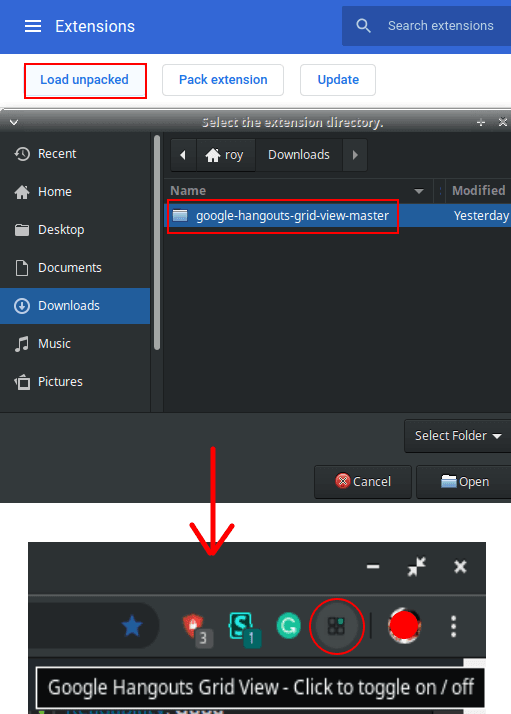 Now, you just open the hangouts and you will notice that it will automatically open it in the grid layout. All the videos will appear there in an equal size grid and you can see each participant in the video call with ease. This is as simple as that. 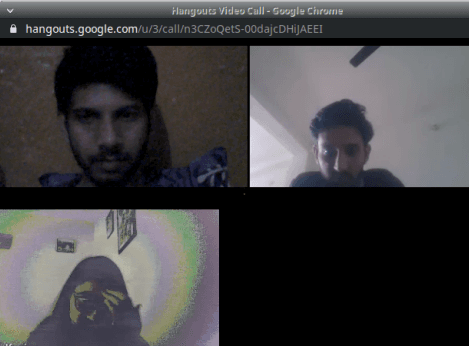 In the screenshot above, you can see how the grid layout in Hangouts works. You can use this in this way every time you need to have a grid layout for video calls. Right now, you have to install it manually but maybe in later updates, it will be available on Google Chrome Store I hope.

If you like to see people in bigger popups and in grid view in Hangout group calls then you can use this extension. The extension is very simple and what I like is that you can always fall back to the default layout. And it takes just one click for you to do that. Simple as that.