Split Second Wangan is a Chrome extension that offers you a 3D car race game with great 3D graphics. This 3D car race game provides you exciting sound effects and race tracks that are full of twist and turns and dangerous obstacles. It offers you trigger power plays that appears on the other cars and helps you to complete the race and allows you to be the first across the finish line! 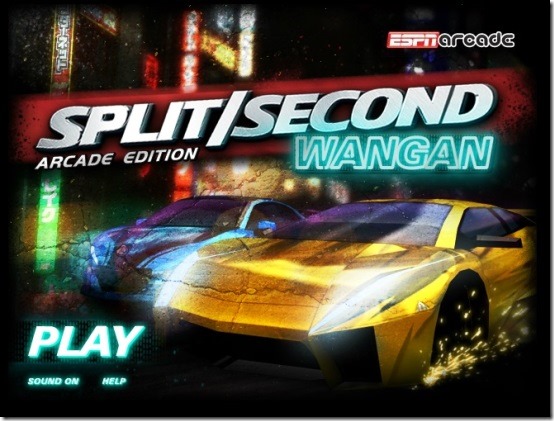 Update: (July 16, 2013) The game has been removed from Chrome Web Store. You can try out 5 free car racing games for PC.

To play this 3D car race game you must download Adobe Shockwave Player on your computer And once installed you can start to race. As soon as you the launch this app it takes you to the main page of the game where you need to hit Play so that it directs you to next page that allows you to choose your car and hit Next once you have chosen the car. This page informs you the basics of the game and if you don’t know how to play the game, then you can hit the Help option. 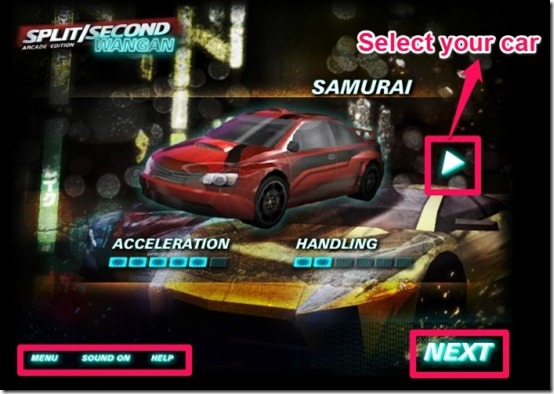 As you the hit the Race button the start point appears showing you the directions to play the game and win the race.

During the race you can either pause or exit your game or approach to other options located to the extreme left corner of the game window. Lets begin the game, READY get set GOOOOOO! 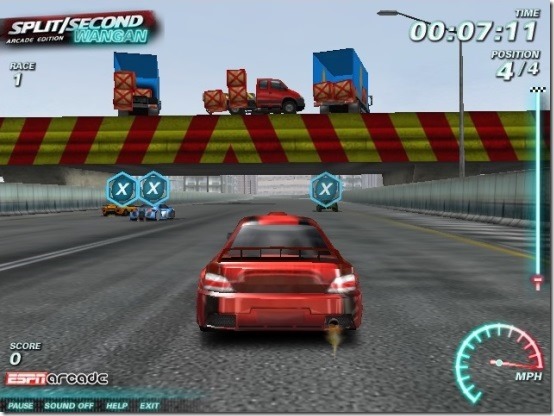 I have started my race with other three cars and WOW, the sound is just amazing as it motivates your confidence and have a positive approach towards the 3D car race game. As I am proceeding with my race in competition with other three cars, triggers are visible on the other cars and you need to hit the trigger for power play. This is done when the speed of our car is not sufficient. 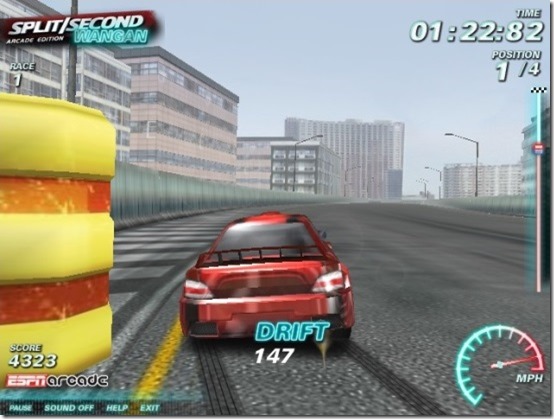 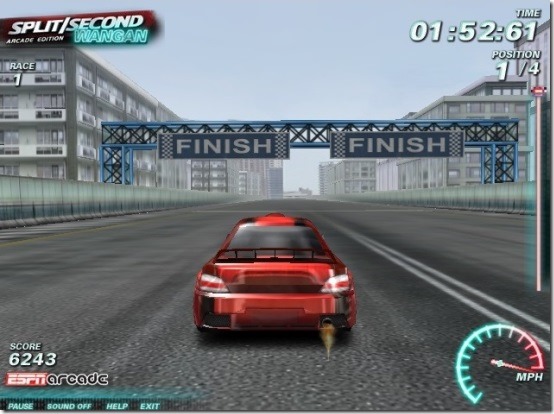 As I am moving further, the race the track appears to have florescent purple slippery areas, so that my car slips and other drivers can overtake you. This tract is full of twist and turns it has large barriers located on the track that obstruct you. I have successfully crossed the second and the third stop indications located on the race track. Moving further on the track I came across a weird kind of obstacle and that was the electric waves. 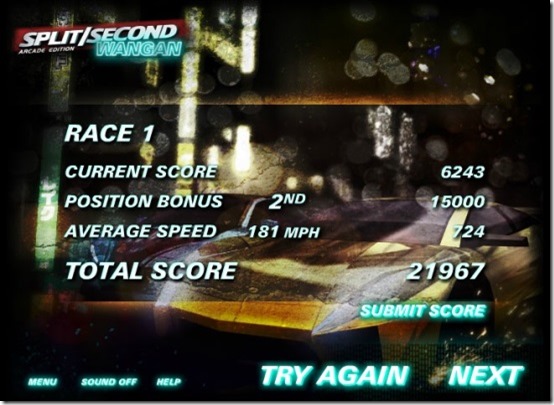 The cars suddenly starts hitting you so that you don’t reach the finish point and win the race but still I managed to achieve the second position. Similarly you can move to prepare for race two and three. You must achieve place 1st in all the three races to unlock the devil car.

Also check out other car racing games we reviewed for Android.

My Verdict For Split Second Wangan: