Project Murphy is a free Microsoft bot to make funny images of celebrities. You can use this fun and interesting Microsoft bot to create hilarious images of celebrities with simple “What-if” commands. For example, you can simply ask this bot that “What if Charlie Chaplin was a baby? Then it will automatically find an image of a baby and try to mashup the Charlie Chaplin face on the baby’s face. If you don’t like the mashup or resulting image, then you can also command (with emojis) this bot to change the face or image.

Apart from making funny images of celebrities, you can also upload your own image and give this bot a “What-if” command to mashup your image and make it funny. Remember, the bot can only use your uploaded image for 10 minutes, and after that, you have to upload it again. Currently, you can integrate and use this Microsoft bot with Skype, Facebook Messenger, and Telegram only. But as per the homepage of Project Murphy, the integration of Slack and Kik will be added soon. 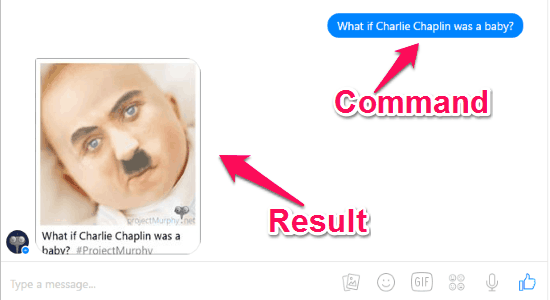 First, you need to visit the homepage of Project Murphy and then select any of the supported applications (Skype, Facebook Messenger, and Telegram) for integrating this bot. Suppose, you want to use this bot with your Facebook Messenger, then simply click on the “Messenger” icon and it will be integrated automatically. 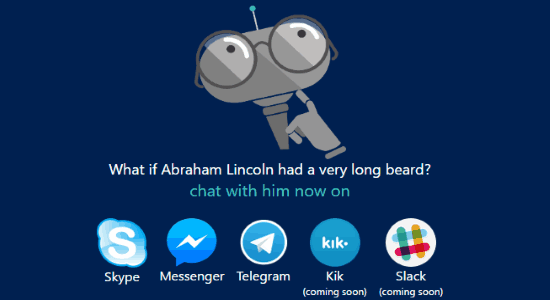 Once this Microsoft bot gets integrated with your Facebook Messenger, you will see a new user named “MurphyBot” in your chat list. Simply click on the username and you can start making hilarious images of celebrities by commanding the bot. As an example, I have entered the command “What If Lionel Messi is the King in the North” and see what this bot has generated in the below image. Funny, isn’t it. 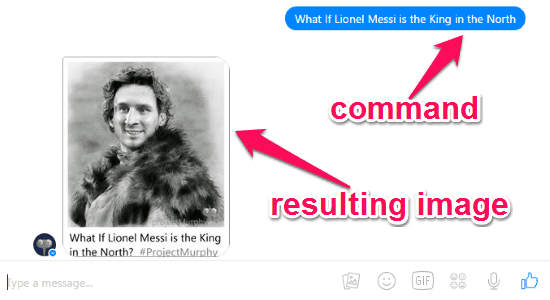 Remember, this bot can only take “What-if” command, which means whatever you ask this bot while making a funny image must have the prefix “What-if”. If the name you have entered in the command is famous like Messi, Ronaldo, Salman Khan, etc, then it can generate a hilarious result for you in a flash.

If you don’t like the resulting image, then it also offers you the option to ask the bot for changing the face or the entire image with some emoji command. Below, you can see all the available emoji commands and their purpose. 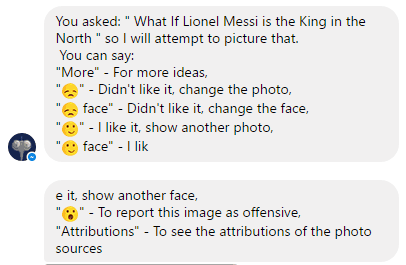 Now, another interesting feature of this Microsoft bot is that apart from allowing you to create funny images of celebrities, it also lets you upload your own image and give the bot a “What-If” command to make it hilarious. To upload an image, click the “Image” icon adjacent to the text input field. After uploading an image, the bot will keep it for 10 minutes. That means within those 10 minutes you can command this bot any of your favorite “What-if” commands to make your uploaded image funny. Remember, while commanding the bot you should mention “I”, for example, “What if I were the King Joffrey”. 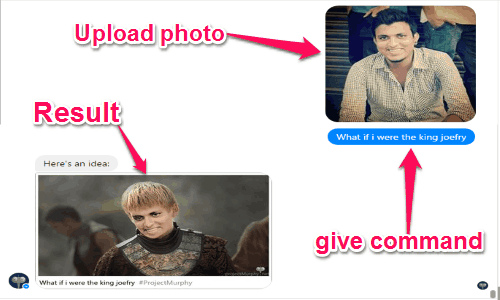 Project Murphy is a fun bot powered by Microsoft that lets you easily make hilarious images of famous celebrities. However, if you want to make one of your own, then do not worry as it also allows you to upload your own image and make it look funny. No need to edit images manually, as this bot will automatically turn your images into something funny.