Runme.io lets you add a button on your Git repositories so others can run your application in one click. It generates docker file for your repo after taking some information from you. Basically, it takes build and deploy commands from you and generates a markdown code that you can add to the Readme of the Git repo. The markdown code is nothing but a simple button and after clicking on it, it will run that app. Apart from this, it also generates Dockerfile you which you have to upload the repository in order to run that app. On the main website, you can see it building your app in action. The process is easier if you already have Docker image for your application.

Think of Runme.io button as the Heroku button that you must have seen on some GitHub repos.  Here it does exactly the same but in much cooler way. When someone clicks on the Runme button in your repository, it creates an environment and then you can simply see the application in action. Right now, this service is fully free to use and in later updates maybe there will be more useful features. It supports various programming languages and if you have more deployment commands then you can specify them there. 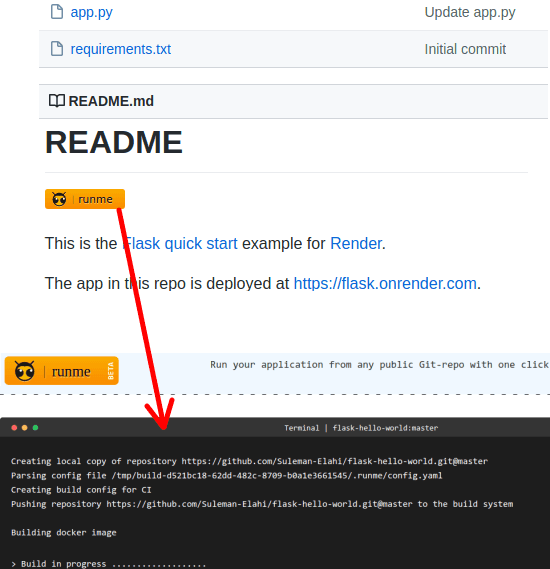 How to Run your Application from any Git-repo with One Click?

There is no registration required for you to generate the button for your repo. You just go to the homepage of Runme and then simply start generating the button code. Fill all the fields with the relevant information and then you are simply done. 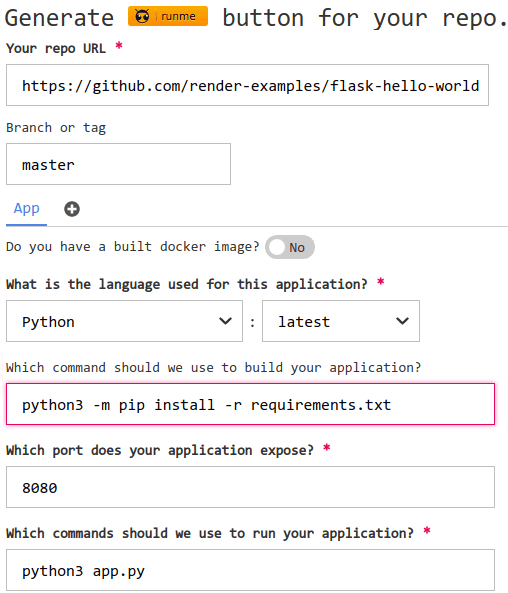 Now, when you click on the generate button, it will give you two files namely, config.yml, and Dokerfile. You have to add these to the root of your repository. In the root, you simply create a “.runme” folder and then place both files in that. This is simple as that and you can see the below screenshot to do that. 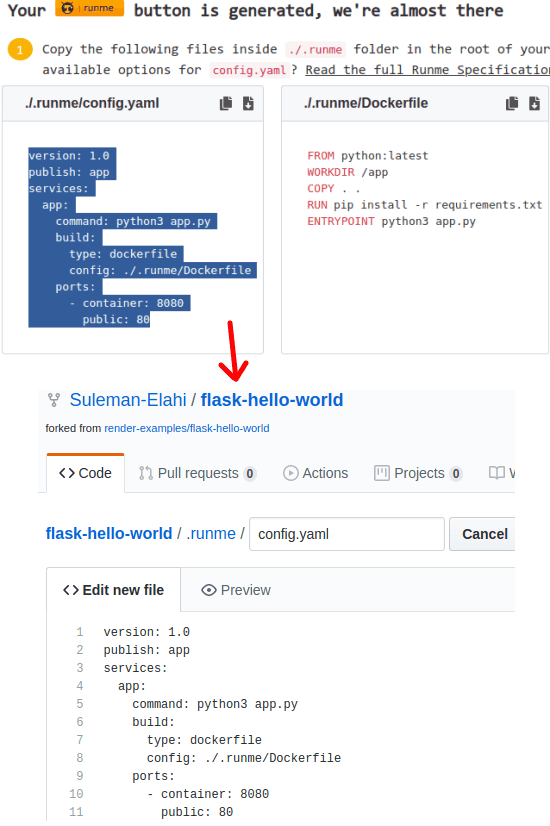 Now, after you have created the files in the root of the repository, you can simply copy down the markdown code for the button and add that to the Readme of the repository. Now, just commit the changes and the button will now appear in the Git repo. And in the first screenshot, I have added in the beginning, you can see how it works. 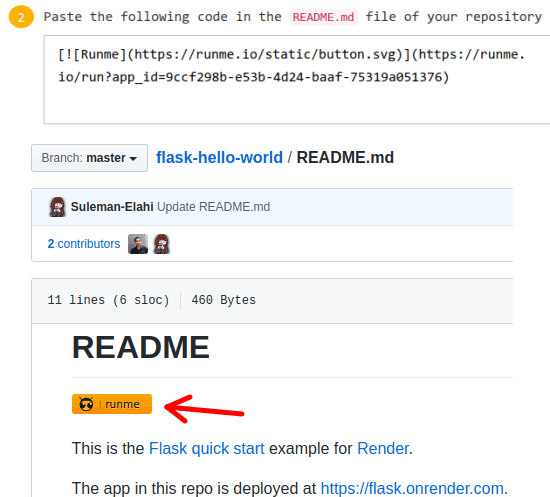 In this way, you can use this simple online service to let anyone run your application from Git repo. And all it takes is a one-click to do that. This is simple and useful for many developers who are out there. Also, it can be used to test various open-source projects by simply building and deploying them.

If you want to let users run your applications right from the Git repo then you are at the right place. Here you can use a simple online service I have mentioned. Just specify the build and run commands and generate the Dckerfile and add it to your repository. The process is simple and you can easily use it for any of your projects with ease. It supports many popular programming languages and I hope you’ll figure it out how to use it.