Move 24 is a free 24 game for iPad which lets you play 24 game in digital form. The 24 game is an arithmetical card game in which you have manipulate the given integers such that their result is 24. You have to use basic mathematical operations Addition, Subtraction, Multiplication, and Divisor for achieving the result. The game is known to be played in Shanghai since 1960. You can also read in detail about 24 game on Wikipedia.

The game has 4 main modes from which 1st mode is free to play. The first mode has 40 levels for you to try out your arithmetical skills. Each of the level is challenging in its own ways and you can proceed to next level only after clearing the current unlocked level. However, you can play the previous levels any number of times. 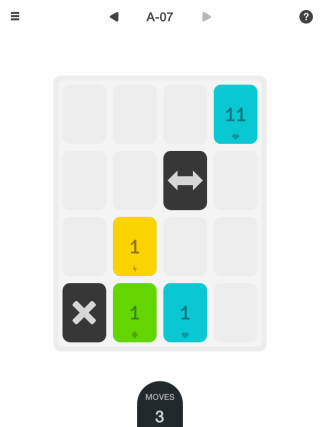 Gameplay of Free 24 Game for iPad:

On launching the game, you will be welcomed by the game’s home screen with a Play button at bottom of screen. Tap on it to start playing the game. The game will show you 4 modes known as Zone A, Zone B, Zone C, and Zone D. You can play only the first zone as its the only unlocked zone in free version.

The free zone has 40 levels. On opening a level, you will see the board with multiple boxes as shown in interface below. You can see that it has 4 integers. You have to manipulate them by applying mathematical operations Addition, Subtraction, Multiplication, and Division such that their final result is 24. 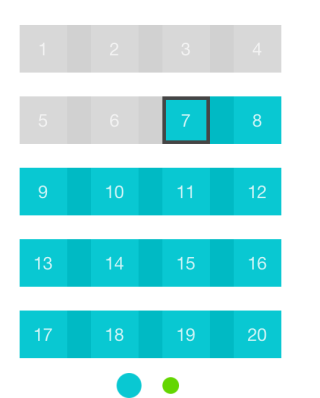 You have to use following gestures to manipulate the given integers and reach the number 24:

There is one more exciting stuff to this game and it’s the limited number of moves. Each of the swipe performed by you in the game is considered as 1 move. So, you have to reach 24 within specified number of moves displayed at bottom of the screen.

This way, you have to complete each level to unlock higher levels. If you are not able to clear any level, then you can always replay the level as many times as you want to. The game also provides you with hint for taking help.

You may also like: 5 Free Puzzle Games for iPhone, iPad.

Move 24 is an awesome 24 game for iPad which is very interesting and addictive. The game gets on to become even more interesting as you go on to unlock more and more levels. This game is definitely worth a try.