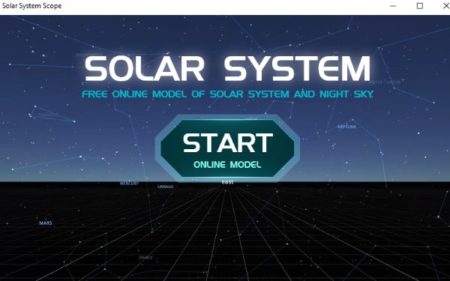 Solar System Scope is a very well made app. The app looks great in full screen mode and you might actually feel like you are in space. The home page of the app can be seen in the screenshot above. As the app says it is a online model of the solar system and the night sky. When you click on the start button your journey into the universe will start. The continuous background music gives you a nice spacey feeling. 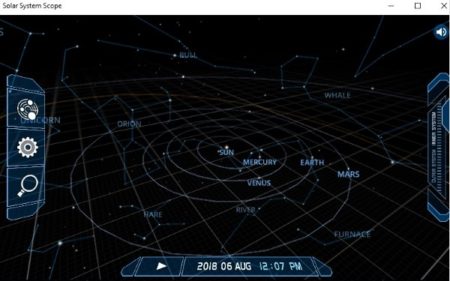 There are lots of options to explore the planets, the dwarf planets, the night sky, the near stars, etc. The menu on the left side that you can see in the screenshot above will let you explore all the planets and stars. There are lots of settings which you can apply and view of the planets can be changed as well. When you click on a planet you can read about its encyclopedia, view its structure, and its planet system. The app also shows you your geo location. You can make a few changes in the settings of the app like the appearance of the planets can be changed to large or realistic looking. You can also change the language of the app. 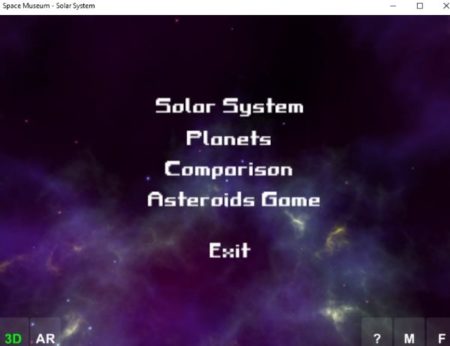 Space Museum – Solar System is a nice app to explore the solar system. The app has great graphics and the narration in the background sounds great as well. Every page of the app that you visit will have the background narration giving you more information about a planet or the solar system. The home page of the app can be seen in the screenshot above. From this page you can explore the solar system, individual planets, make comparisons, and play a simple asteroid game. When you click on solar system you will see a screen like the one shown in the screenshot below. 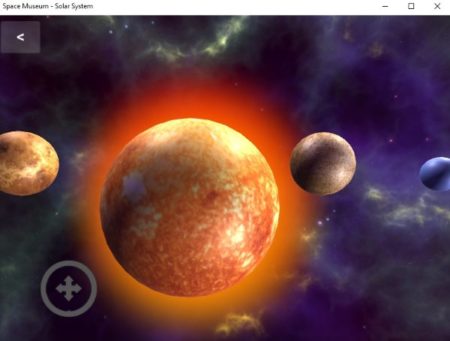 The entire solar system model is shown to you in 3D with sun at the center and planets rotating around it. The background narration will give you more info about the solar system, so listen carefully. You can explore each of the planets individually also and get to know more about them. You can also see the comparison in size of all the planets, which can also be seen in the screenshot below. 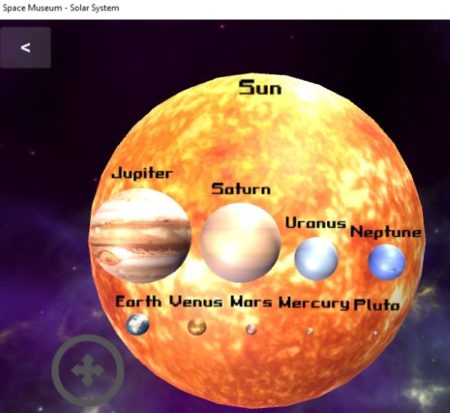 You can visualize easily now, the size of the planet we stay on as compared to other planets in our solar system. You can also play a asteroid game where you have a space ship and you have to blast the asteroids coming in your direction before they collide with your space ship. The AR or augmented reality feature works well too. You will need to allow the app to use your devices camera and then you can use this feature easily. 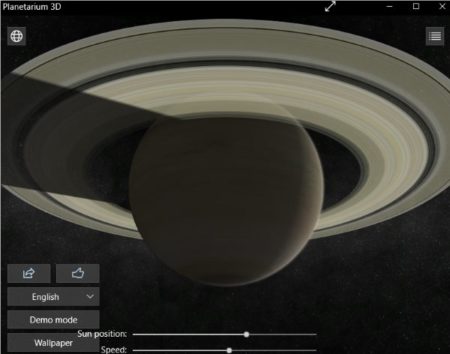 Planetarium 3D is a lovely app to know about planets in our solar system. The app shows detailed information on all the 8 planets and the moon. The app is in 3D and the graphics are awesome to look at. The app is interactive and you can zoom in and out on the planets, generate a wallpaper out of them, change the sun position, the speed of the movement, and use demo mode. When you start the app you will come across a screen like the one shown in the screenshot above. You can go ahead and expand the menus on the left and right side. Then your screen will look like the screenshot below. 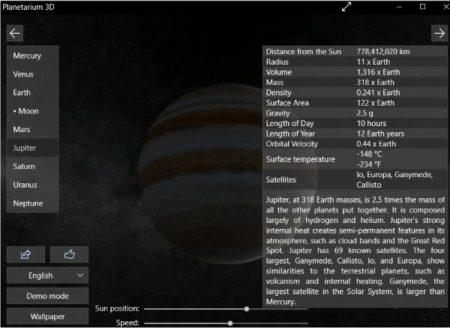 All the 8 planets and the moon are listed on the left side menu. Clicking on any of them will bring up their 3D view on the app screen. The right side menu gives you detailed information about the planet that you selected. You can see how far it is from sun, its radius, mass, volume, density, surface area, length of day, length of year, etc. There are options at the center bottom of the screen to change sun’s position and the speed of rotation. There are sliders given for each of these. You can play around with those. Also you can click the wallpaper button to take a screenshot which can be used as your desktop wallpaper. The demo mode will take everything away from the screen and you can have a clear 3D view of the planet in motion around its orbit. You can even change the language of the app if you want to. 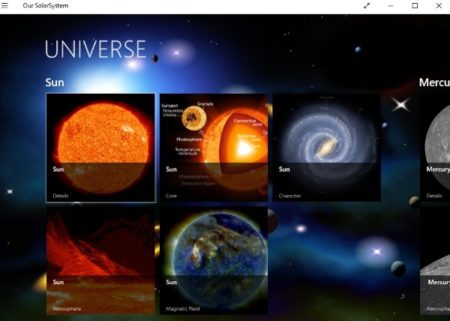 Our SolarSystem is a nice informational app which can be helpful for kids interested in science. The app has information on all the planets, and sun. The interface of the app can be seen in the screenshot above. The app lists all the planets along with information about them in tiles view. You can find information like details, core, atmosphere, etc. for sun and all the 8 planets. 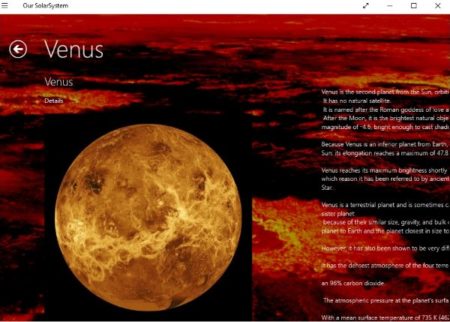 If you click on a planet tile you will get to read detailed information about that particular planet as can be seen in the screenshot above. You can scroll to read more info on the planet. Once done you can go back to the main page and select another planet from there. The only downside is that the app doesn’t have any animated view of the planets which kids would love.