Sometimes you might get irritated with all the junk WhatsApp photos such as duplicate photos, screenshots, quotes, unwanted forwarded photos, memes, and more, as they eat up your phone storage unnecessarily. But not anymore, as here comes a free Android app called “WhatsApp Magic Cleaner” which assists you in removing all the WhatsApp junk photos.

In this tutorial, I am going to show you how to get rid of all the WhatsApp junk photos using this amazing app. WhatsApp Magic Cleaner analyzes all your WhatsApp photos and separates the junks among them. After that, you can keep what is needed and remove the other junk photos with just a tap. Doing so, you can also clean up your phone storage occupied by junks. 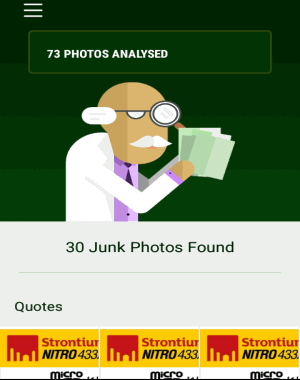 How to Clean Up WhatsApp Junk Photos on Android

Step 1: As soon as you install and open the app, it will ask you to grant access to your SD card such that it can have access to your WhatsApp photos.

Step 2: When you grant access, it will scan through the WhatsApp media folder in your SD card and will show the number of new photos found as shown below. To start analyzing your photos, simply tap the big round button or the doctor’s head (as they say it in the app) at the bottom of the screen. 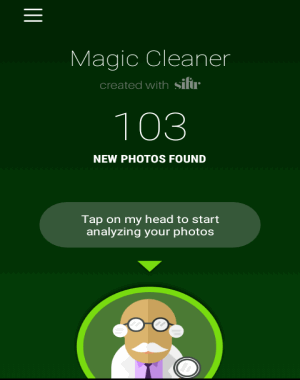 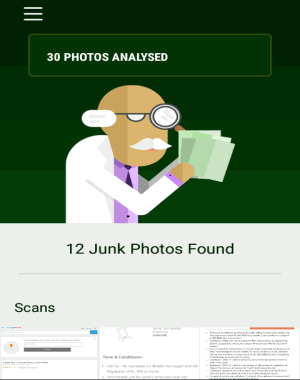 Step 4: Once the analysis is completed, it will automatically separate junk photos from all your WhatsApp photos in respective categories like quotes, memes, screenshots, etc. It will simply show the count of junk photos and you can also preview them by scrolling down the screen. 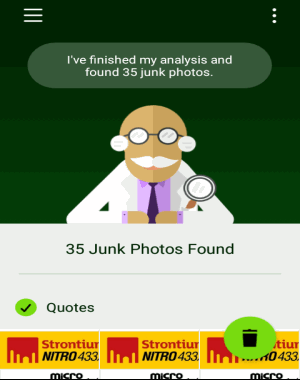 Step 5: While viewing the junk photos, you can also uncheck photos which you want to keep. To remove all the junk photos, simply tap the green “Delete” icon once and all the photos will be gone in a flick. It will also show the space reclaimed after deleting the selected junk photos. 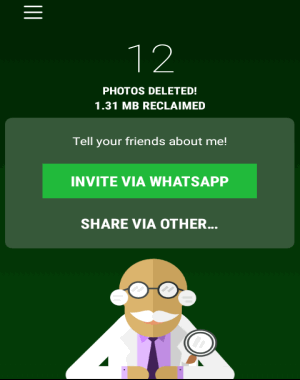 You can also look at the video demonstration of the same:

WhatsApp Magic Cleaner is a simple and useful Android app to remove all your junk photos from WhatsApp. It automatically finds out photos in various junk categories like quotes, cartoons, screenshots, memes, etc. It analyzes the media folder and separates the junk files from the important ones automatically. Then you can remove them with just a tap and free up your phone storage.

Get “WhatsApp Magic Cleaner” from here.