Apart from using Google Play Music from desktop, this player has some additional features which aren’t a part of Google Play Music. For example, you can integrate your Last.fm account to access Last.fm scrobbles. Apart from that, its has a mini mode that is visible when you minimize it to the taskbar. The mini mode also lets you play, pause music, move to next and previous tracks. You can also use custom hotkeys to play/pause, stop track, jump to next and previous track, increase/decrease volume, etc. And if you don’t like the native theme of Google Play Music, then this player also comes with some different themes to give a beautiful touch to its interface. 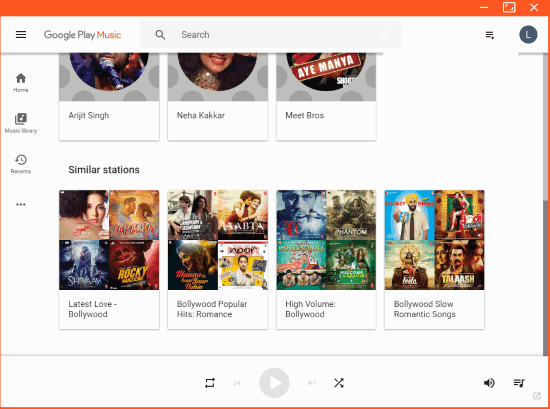 In the screenshot above, you can see the interface of this player where it shows the Music Library page of Google Play Music.

And in the screenshot visible below, you can see the mini mode of this player. When you will hover mouse cursor over its taskbar icon, you will see mini mode with options to play/pause music and switch to next and previous tracks. 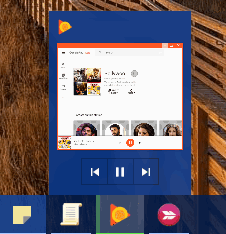 Note: After connecting my Last.fm account with this player, I wasn’t able to figure out where are Last.fm scrobbles. So, you may give it a try and check yourself if it shows any Last.fm scrobbles. Also, there is an Alarm feature that lets you set alarm for a particular time. I also tried it but it didn’t play any alarm. May be, these are a few bugs that would be fixed in future updates of this player.

You can download the setup of this software from its homepage and then install it.

When you will open its interface, the very first thing you have to do is sign in to your Google account. You will also need to verify your device. Once it is done, it will start loading Music library. After that, its interface will show the Home section of Google Play Music. 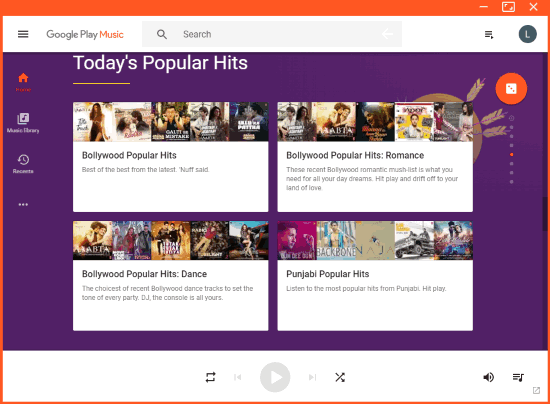 You can switch to Music Library and then you can access your playlists, stations, artists, songs, genre, etc. As you can see, everything is same as available in smartphone and Chrome app of Google Play music. There is a Search bar on the top that helps to find tracks. A left sidebar is also available just like Google Play Music which is used to switch to Home, Music Library, Top Charts, New Releases, and other sections. 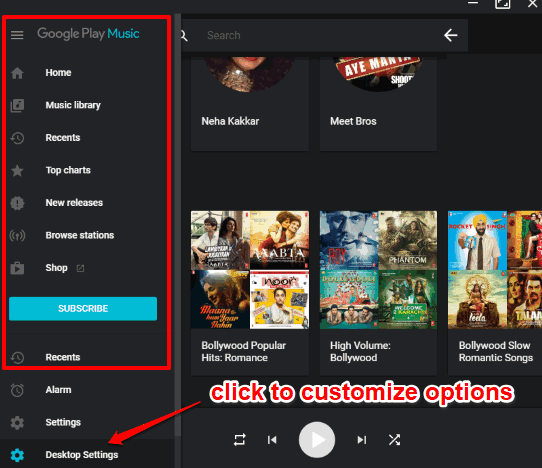 The left sidebar section also comes with an additional Desktop Settings option. You can click that options and then you will see different tabs in a separate window. Using those tabs, you can: 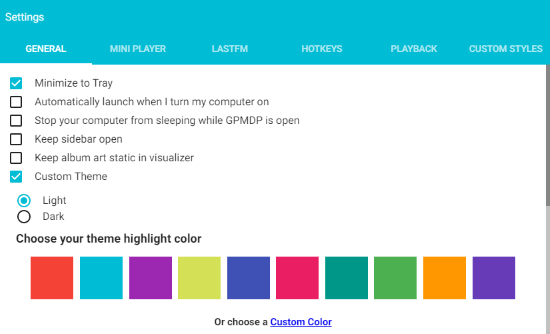 Set up options as per your needs and then you can enjoy using Google Play Music from desktop with some new features.