Hydrogen is a free drum machine with amazing tools and techniques. Playing around with the software that helps you to create music sounds fun isn’t it? With Hydrogen around it really makes it fun to use this drum machine where you might not be a skilled drummer to use it. The interface of the software looks really cool and easy to use where a simple music fan could play amazing beats. The moment you open the program for the first time you might wonder and relate the looks of it to the frames you were so accustomed to in your old Windows 98 machine. Moreover you would be proved wrong about the software being developed on the Windows platform as it actually is built on a QT3 GI. The best part is that it utilises very little system resources to perform the task it’s meant for. Even a system as old as the Pentium II with decent hardware fittings is enough to make this software run. Usually it takes around 5 MB of the system’s RAM. 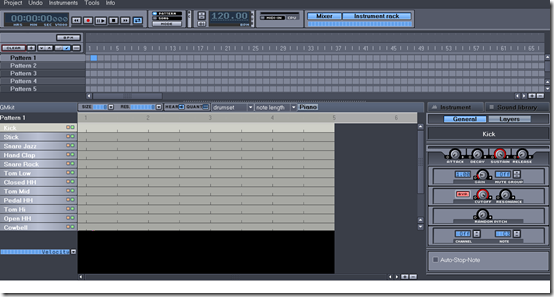 Well let me tell you, the first time I had a look of the window it seemed to me a big wall of options which had almost everything on it. For the beginners it is surely a tough task to locate and think what each of the options is meant for. The usual Interface presents you with three Windows which is the place you would work for most of the time you use the software. They are:

Moreover on occasion you may be required to use the option of the cool Instrument Editor which surely comes with hosts of options. Before actually getting into each of the frames and discussing them in detail understanding the main toolbar is pretty important. It presents the main controls of the software which includes the playback button; a button which lets you set the thing you wish to play, and a button that lets you set the BPM that sets the beat line. The slow songs which you love could be anywhere around the 30BPM mark whereas the nasty ones could be set at 500 BPM.

You can modify a pattern which is actually been played by the addition or removal of specific instruments used to play the music. You may even modify the intensity at which each instrument gets played. You can also select the size of each pattern by pressing the next button which supports the value from 1 to 32 where each unit is made up of two beats. It also presents the option of setting the resolution for those patterns with the use of two different systems that measure it. 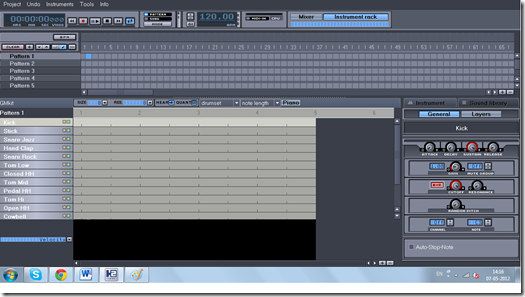 In the Song Editor

Here in the song editor you have to select different patterns that have been created and combine them with the ones you are playing at a specific moment. This is the thing that separates the Pattern Editor and the Song Editor. With the buttons present in this window you could create new patterns while moving them up or down and then switching between the draw and the select mode.

Check out how to create music online.

Playing with the Mixer of this free drum machine

When you are using the mixer in the drum machine you have an option to tune global or the single volume in the drumkit. You get three effect options near global volume slider namely:

Here within the Instrument Editor you have the first tab wherein you can adjust:

You may even add one random pitch to your music. The pitch added usually has a big impact on a song being created and with this addition of random pitch you can add a twist to a song easily. The second tab presents you with 16 layers of aiff, wav, flac, and au. With all these tweaks and additions you would surely be surprised with the amazing sound that comes out of your speakers.

Also try out free software to play drums on PC. 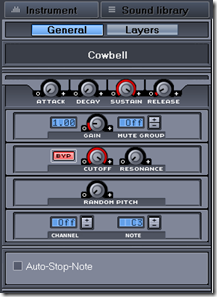 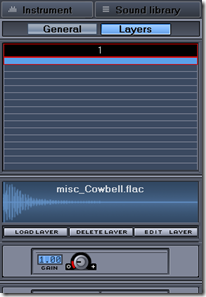