Lep’s Craft World 3 is a free Windows 10 jumping game app where you have to run, jump on platforms and avoid enemies. The game app lets you run and jump platforms while collecting gold coins at the same time. You have to avoid enemies and obstacles which can end your game. The game play is quite exciting and challenging as well.

This Windows 10 jumping game app can be downloaded from the Windows 10 store or from the link given at the end of this article. When you start this app you will come across an interface like shown in the screenshot below. 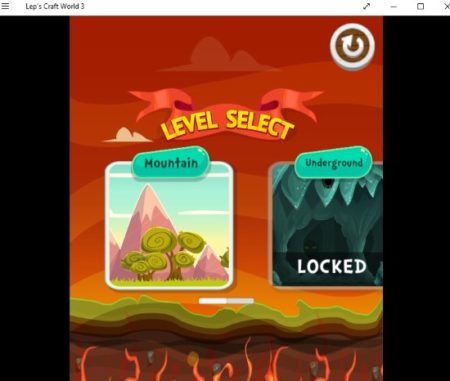 From this page you have to select levels which are displayed. Apart from the first level all the other levels are locked. So once you clear the first level you can make your way through to the next one. The four levels represent the four worlds in this game which are mountain, underground, sky, and winter. We will start with the first world which is unlocked, Mountain. 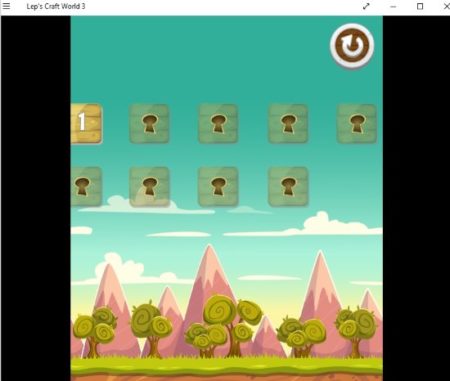 When you click on level mountain, a screen like the one shown above will come up with the games listed on screen. The first game is unlocked and the rest of them are locked. You have to complete a game successfully to unlock the next level. So let’s start with game one. Clicking on game one will bring up the game play screen as shown in the screenshot below. 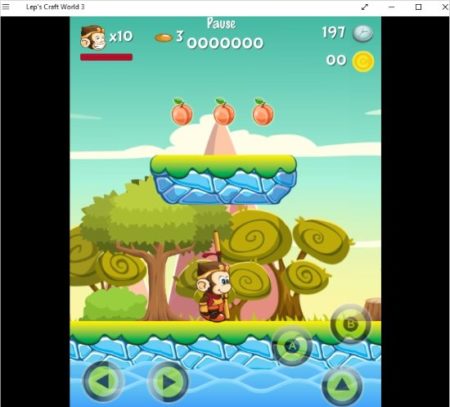 Now you have to start moving and jumping to avoid obstacles and enemies. Fight or throw fire on the enemies and keep moving forward. Remember you can play level 2 only when you complete this level successfully.

Lep’s Craft World 3 is a fun and exciting game app where you need to be jumping platforms and avoiding enemies to keep moving forward. The game is quite challenging as well as you have to be focused to use so many keys together for moving, jumping, fighting, and throwing fire. It let’s you play the game in four different environments or worlds. Each world has several different games in it. Do check it out.