This post explains how to share terminal with others in MAC. Tmate is a free tool which allows you to share your terminal with others. With this, you can handover control of your terminal to others and then revoke it as well. It allows you to share terminal with read only access too and you can opt for both side control, means both users can execute commands and can do anything that lies in your scope. The commands that user types are in sync. You will see what commands other user is executing in real-time and vice versa. To share your terminal, all you need to have is a configured SSH key.

Programmers and developers often feel needs to share their terminal. Also, this comes handy in resolving problems on your MBP if the helpdesk is at a remote location. All you have to do after installing Tmate is to activate it, And it will give you a SSh connection URL that you can share with anyone. Currently, terminal sharing is supported through its own servers but you can run your own server as well. Also, there are other advanced options that you can configure to share the trial with others. 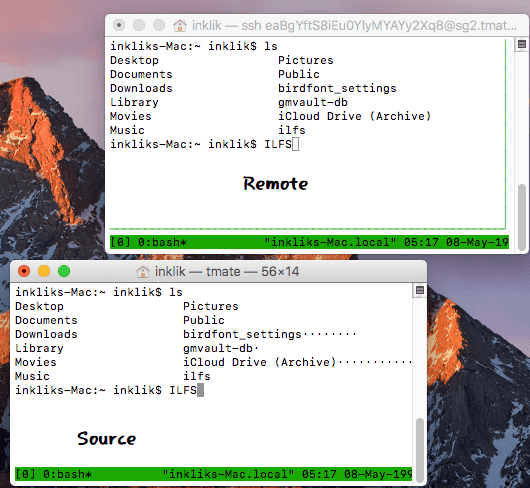 In this post, I will be explaining process of sharing terminal on MAC. But apart from MAC, it supports popular distros of Linux as well such as Ubuntu, Fedora, FreeBSD, Gentoo, etc. You can use this on these distros and then do whatever you want. In MAC, you can install via Homebrew. Execute the following command to install it there. 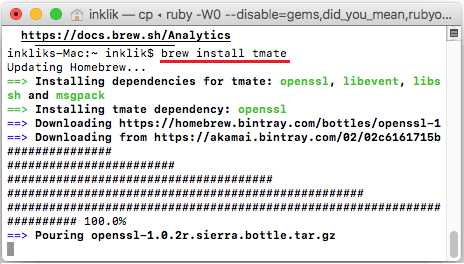 After you have installed it, you are ready to use it. Just run “tmate” command in terminal and it will start. It will give the SSH connection details there and then you can share them with other user to join your terminal. And when the connections become successful, the sharing will start working. 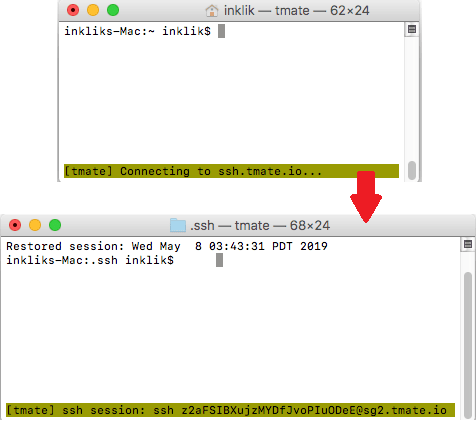 Now, the other user have control of your terminal and can execute any command that he wants. You will be able to see all the operations in real-time and you can abort the connection anytime you want by pressing “Command+D” keyboard shortcut. You can share terminal with multiple users as well.

In this way, you can share terminal in MAC some Linux distros using Tmate. This is an open services as well and its source is available on GitHub as well. Whenever you want to share terminal with others, you can easily do that. However, one downside is that you cannot open the terminal session from a Windows PC. You can only share terminal between two MACs or between MAC and Linux.

Tmate is simple and straightforward services which allows you to instantly share your terminal with others. By just running a single command, you can share terminal session with others and do whatever you like. Also, I would like to draw attentions towards the SSH keys that it uses. If your MAC doesn’t have any SSH key configured then you will not be able to use this. First, you will have to create add an SSH key and then it will be give you the URL to share the terminal session. For generating SSH keys, you can see this post.