It makes local APK files that you develop or download from site other than Play Store clickable. By just clicking on the APK file you can install it on the connected Android devices. The best part is that, you can connect multiple Android phones to your Macbook and take different actions on them separately.

If you want to record your Android screen right from your Apple desktop or MBP then you generally need some Android managers for that. Or, if you are a techie person then you can do the same thing with ADB. But if you don’t want to go with either of the aforementioned approach, simply use Android Tool app. The UI of the app is very simple and in just a few clicks, you can get started with this.

As I have already mentioned that this is an open source app so you can check its source code here. And use this link to download this app and then open it up. At first, it will not show any connected devices there. So, plug your Android device, allow it to access data and then it will show you the connected device. 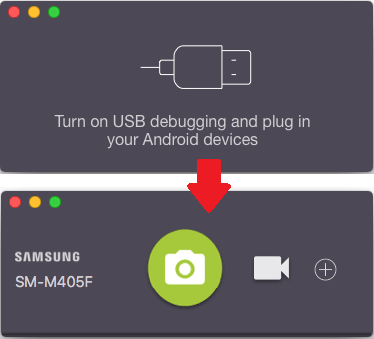 The basic feature of this simple macOS app is screen recording and taking screenshot. To take a screenshot, you just hit the camera icon on the main interface of the app. In just a couple of second, it will take screenshot and will show it to you. 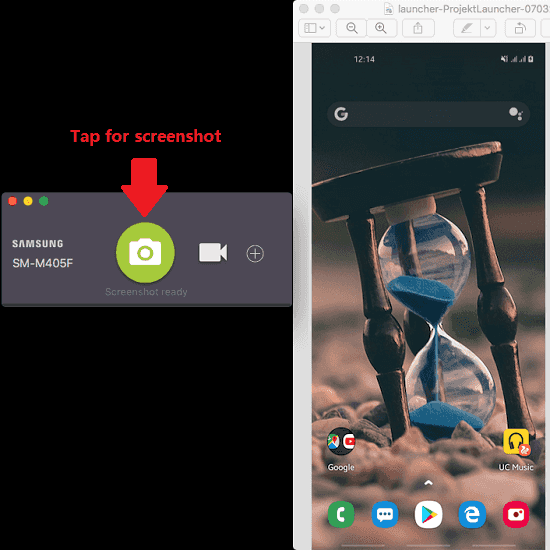 In the same way, you can use this to record the entire Android screen. Hit the recorder button on the interface of the app and recording will start. Do some activity on the phone and they will all be recorded in a video. When you stop the recording, it will show you the recorded video. By default, the video is of low resolution. But you can change that in the video settings and also opt to use GIF format instead. 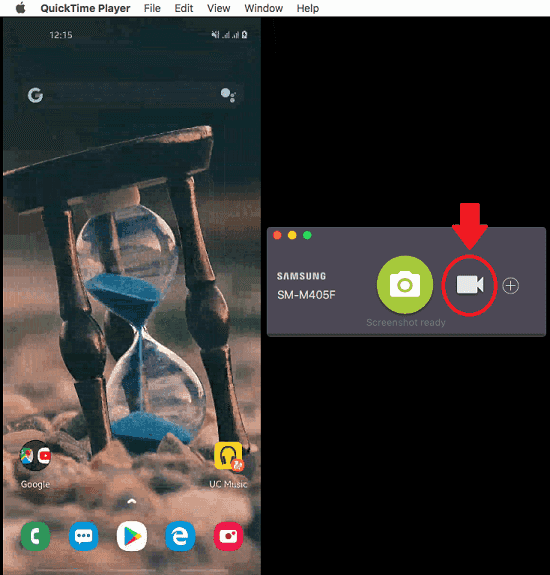 Another feature of this macOS app is sideloading APK files. However, I found this feature to be device specific. It was able to install APK files on some Android smartphones but it couldn’t do that on others. For example, it was able to sideload APKs files on Pixel phone but it failed to do that on Samsung and Xiaomi. To sideload an APK file, simply double-click on it in Finder and then choose the target device in which you want to install that. It is simple as that. 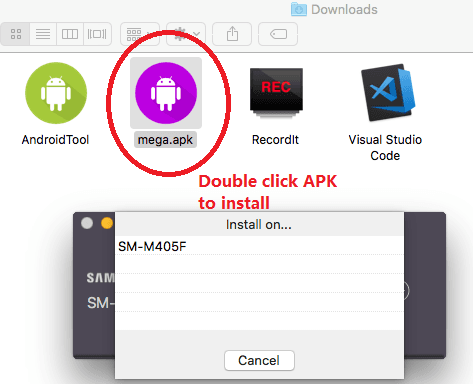 That’s all about this app and you can use it in this way to quickly do many things. If you want to record screen or side load APKs then you can easily do that. Get the app and then start doing what you want. However, I would like to point out the error it shows sometimes. I don’t know the exact reasons of the error screen but it resolves after you restart this app.

If you want to record the Android screen or want to sideload APKs using a pretty UI then AndroidTool app I have mentioned above will help you. You just get it from its one of the stable releases and then start using it. You can follow the guide above that I have mentioned to record screen, take screenshot or sideload APKs. However, I am not so sure about APK installation but other two feature work perfectly.